Beyond the practical skills and substantive knowledge I gained in the Entrepreneurship and Community Development Clinic, being a student attorney there helped me to identify what kind of work I wanted to do post-graduation.  It was an amazing experience that exposed me to a nuanced practice of law that is dynamic, impactful, and rewarding.  The […]

Participating in the Entrepreneurship and Community Development Clinic was incredibly fulfilling, as both a personal and an educational experience. No other programs, including summer clerkships, provided the level of professional development and client interaction that I was privileged to have gained during my time at the Clinic. I cannot recommend the experience highly enough.

Report: Zetas controlled all levels of power in Mexican state, expanded to Houston 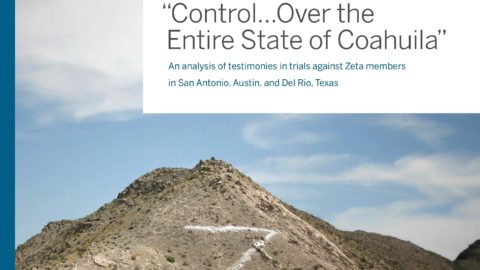 The Human Rights Clinic has compiled a report based on analyzed witness testimonies from three U.S. federal trials. Between 2013 and 2016, Zeta members were put on trial in Austin, San Antonio, and Del Rio for crimes of homicide, conspiracy to import drugs and weapons, and money laundering. The report, titled “‘Control…Over the Entire State […]

The Clinic is co-counseling with Deitz, Lawrence and McGiverin to represent the adult children of Robert Mosley, who died of internal bleeding after a hip fracture suffered while in custody at Bexar County Jail. Plaintiffs bring a claim under the Americans with Disabilities Act in federal court in San Antonio. The lawsuit alleges that Mosley, […]

SCOTUSBlog selects Muccio v. Minnesota as its petition of the day

Petition of the day

Excerpt… Bill Beardall, executive director of the Equal Justice Center in Austin, Texas, which will represent poor and undocumented workers in the rebuilding, said he expects a “Wild West of unregulated labor markets.” “It will take shape to do the urgent cleanup work of pretty dirty, nasty, contaminated kinds of places in the immediate post-rescue […]