Garden & Co. founder Dr. Charlee Garden has consulted with investors, business leaders and companies for over 15 years. She works at the intersection of business and psychology, drawing on both disciplines to inform strategic decisions and effect beneficial changes to an organization’s leadership, capabilities, employee engagement and risk profile.  Charlee has a multi-faceted educational background. She received a Ph.D. in Social Systems Psychology from California School of Professional Psychology, a Masters Degree in Management from Stanford University and a B.S. in Electrical Engineering from Brigham Young University – where, as a non-Mormon, she had her first opportunity to objectively observe a complex and unique organizational culture.

Paula A. Monopoli is the Sol & Carlyn Hubert Professor of Law at the University of Maryland School of Law and the Founding Director of its Women, Leadership & Equality Program.  Professor Monopoli received a B.A, cum laude, from Yale College in 1980, and a J.D. from the University of Virginia School of Law in 1983.  She teaches in the area of Property, Trusts & Estates and Gender and the Law. Professor Monopoli has published widely and is a nationally recognized scholar in the fields of inheritance law and the intersection of gender and constitutional design.  Her publications include “Gender and Constitutional Design” in the Yale Law Journal, “Marriage, Property and [In]Equality” in the Yale Law Journal Online, “Gender and Justice: Parity and the United States Supreme Court” in The Georgetown Journal of Gender and the Law, “The Gendered State and Women’s Political Leadership” (with McDonagh) in Feminist Constitutionalism and “Toward Equality: Nonmarital Children and the Uniform Probate Code” in the University of Michigan Journal of Law Reform.
Read More. 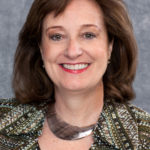 Diane Darling knows the value of relationships and how to build them.  The author of McGraw-Hill’s definitive book on networking,The Networking Survival Guide. Diane speaks and trains thousands of people each year on ways to build relationships, leading to opportunities and growth.  She believes that now, more than ever, in today’s fast-paced competitive world, anyone can leapfrog their way to successful relationships once they master the art of networking.  Diane’s first book went into a 2nd printing just 90 days after the book hit the shelves. The book has been translated into Korean and Taiwanese. Two years later, McGraw-Hill published her 2nd book, Networking for Career Success which has since been translated into Chinese, Japanese, Indonesian, Portuguese, and Thai. More recently, The Networking Survival Guide was released in 2nd edition and Kindle format.  Read More.