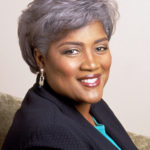 Veteran Democratic political strategist Donna Brazile is an adjunct professor, author, syndicated columnist and the Vice Chair of Voter Registration and Participation at the Democratic National Committee. She has worked on every presidential campaign from 1976 through 2000, when she served as presidential campaign manager for former Vice President Al Gore. Brazile is also founder and managing director of Brazile & Associates LLC, a general consulting, grassroots advocacy and training firm. Author of the best-selling autobiography Cooking with Grease: Stirring the Pots in American Politics, Brazile is an adjunct professor at Georgetown University where she shares her passion for encouraging young people to vote, work within the system to strengthen it and run for public office. In the media, she serves as a political contributor on CNN; consultant to ABC News; regularly appearing commentator on ABC’s This Week with George Stephanopoulos; and frequent contributor to NPR. Washingtonian named Brazile one of the ‘100 most powerful women’ and Essence named her one of the top 50 women in America. 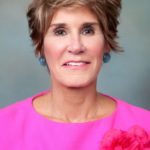 One of the country’s foremost Republican political strategists and commentators, Mary Matalin is admired for her astute insights, intellectual integrity and her straight-talking, no-nonsense take on the hot-button issues, the 2016 Presidential election and political headlines of the day. Matalin is a political veteran who served as deputy campaign manager on President George H. W. Bush’s 1992 re-election bid and who was later assistant to President George W. Bush and counselor to Vice President Dick Cheney. Matalin is a frequent guest on many of the network and cable news shows where she brings her outspoken views on Congress, the Obama Administration and the future of the Republican Party. She is the co-author of All’s Fair: Love, War, and Running for President, a national best seller written with her husband, noted political commentator, James Carville. In their second joint memoir, Love and War: Twenty Years, Three Presidents, Two Daughters and One Louisiana Home (January 2014), Carville and Matalin take a look at how they—and America—have changed in the last two decades. In their two distinct voices, they pick up their story from the end of the 1992 Presidential campaign to their new life in New Orleans today where their efforts to rebuild and promote that city have become a central part of their lives—and a poignant metaphor for moving the nation forward. Matalin is also the author of the national best-seller, Letters to My Daughters, co-starred on HBO’s critically acclaimed series, K Street, produced by George Clooney, co-host of the nationally-syndicated Both Sides Now radio program and Editor-in-Chief for Threshold Editions, a conservative publishing division of Simon & Schuster.

The Center for Women in Law, through the Hortense Ward Courageous Leader Award, seeks to recognize on a biennial basis one outstanding woman lawyer who exemplifies Ward’s tenacity, courage, and commitment in her efforts to achieve gender parity in positions of leadership, influence, and responsibility in the legal profession as set out in the Austin Manifesto. This year’s recipient, Michele Coleman Mayes, will be honored at CWIL’s Biennial Award Luncheon on April 15, 2016. 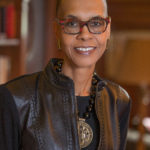 MICHELE COLEMAN MAYES is Vice President, General Counsel and Secretary for the New York Public Library (NYPL).  Ms. Mayes joined NYPL in August 2012 after serving as Executive Vice President and General Counsel for Allstate Insurance Company since 2007.  She served as a Senior Vice President and the General Counsel of Pitney Bowes Inc. from 2003 to 2007 and in several legal capacities at Colgate-Palmolive from 1992 to 2003.  In 1982, Ms. Mayes entered the corporate sector as managing attorney of Burroughs Corporation.  After Burroughs and Sperry Corporation merged, creating Unisys Corporation, she was appointed Staff Vice President and Associate General Counsel for Worldwide Litigation.  From 1976 through 1982, she served in the U.S. Department of Justice as an Assistant United States Attorney in Detroit and Brooklyn, eventually assuming the role of Chief of the Civil Division in Detroit.  Ms. Mayes received a B.A. from the University of Michigan and a J.D. from the University of Michigan Law School.

View photos and read about the inaugural Awards Luncheon.

Thank you to our sponsors: 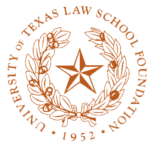 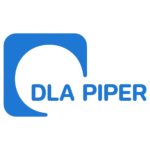