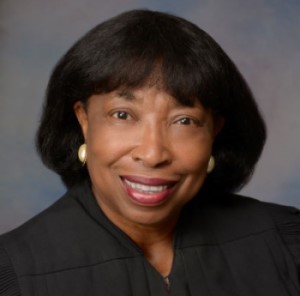 Judge Donald will be honored at the Center for Women in Law’s Biennial Award Luncheon on April 21, 2023 at the Fairmont Hotel in Austin.

The Center’s Hortense Ward Courageous Leader Award recognizes an outstanding lawyer who exemplifies Ward’s tenacity, courage, and commitment in her efforts to achieve gender parity in positions of leadership, influence, and responsibility in the legal profession.

“Judge Donald personifies the spirit and legacy of Hortense Ward as both are trailblazers in their profession. As the first African American female judge to sit on the bench of the U.S. Court of Appeals Sixth Circuit to her community leadership, early activism, and continued work to mentor the next generation of lawyers, Judge Donald continues to inspire,” said Veronica Vargas Stidvent, Executive Director of The Center for Women in Law.

A trailblazer with many firsts in her resume, Judge Donald was nominated to the United States Court of Appeals for the Sixth Circuit on September 6, 2011 by President Barack Obama, and she enjoyed bipartisan support during her confirmation. Prior to that, Judge Donald sat on the U.S. District Court for the Western District of Tennessee. She previously served as Judge of U.S. Bankruptcy Court for the Western District of Tennessee, becoming the first African American woman in the history of the United States to serve as a bankruptcy judge. In 1982, she was elected to the General Sessions Criminal Court, where she became the first African American woman to serve as a judge in the history of the State of Tennessee.

Judge Donald received her law degree from the University of Memphis School of Law where she has served as an adjunct faculty member. She also serves as faculty for the Federal Judicial Center and the National Judicial College. Judge Donald has been the recipient of over 100 awards for professional, civic, and community activities, including the Distinguished Alumni Award from the University of Memphis, the Martin Luther King Community Service Award, and the Benjamin Hooks Award presented in 2002 by the Memphis Bar Foundation.

To learn more about the Hortense Ward Courageous Leader Award and how organizations can support the Center for Women in Law’s Biennial Award Luncheon in April, visit https:/ bit.ly/BiennialAwardLuncheon23.

About The Center for Women in Law

The Center, the only one of its kind in the United States, is a national resource and champion for women lawyers, generating lasting change in the legal profession to convene leaders, generate ideas, and lead change. The Center is the premier educational institution devoted to the success of the entire spectrum of women in law, from first-year law students to the most experienced and accomplished attorneys. It combines theory with practice, identifying and addressing the persistent issues facing individual women and the profession as a whole. Online at https://law.utexas.edu/cwil