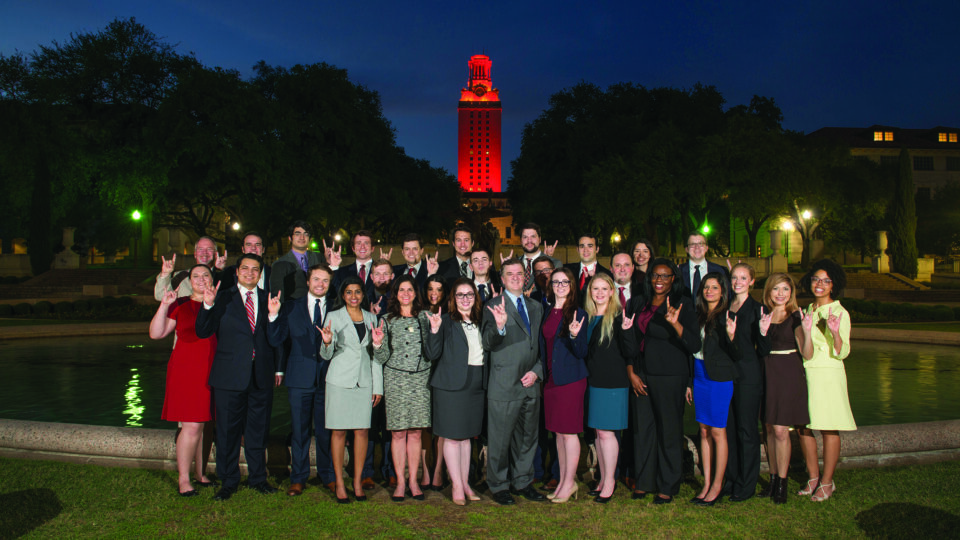 About The University of Texas at Austin

By virtue of its public mission, culture of innovation, location, size and rich history, The University of Texas at Austin (UT) is one of the highest-impact universities in the world. As the top public university in Texas and the flagship of The University of Texas System, UT is an influential catalyst for scientific, economic, and societal progress throughout the state.

Founded in 1883, the university’s main campus spans 431 acres and has a community of 51,000 students, 3,500 faculty members and more than 15,000 staff members. In addition to its main campus near downtown, UT extends to the J.J. Pickle Research Campus in north Austin, the Lady Bird Johnson Wildflower Center in south Austin, the McDonald Observatory in west Texas, the Marine Science Institute in Port Aransas, and several cultural and historic sites across the state.

The university is a leader in the fields of energy, computer science, entrepreneurship, and national security, and its graduate programs in accounting, petroleum engineering, geology, Latin American history, and sociology of population rank No. 1 in the United States. UT is among the top producers of doctoral degrees in the nation, and its alumni include Nobel laureates as does its faculty.

UT offers more than 150 undergraduate degree programs and more than 230 graduate programs across its 18 colleges and schools in the sciences, arts, humanities, and professions:

Each year, UT researchers publish work that focuses on fighting and treating diseases, devising solutions to global problems, addressing critically important social issues and improving the human condition. As just one example, the lab of Jason McLellan, a faculty member in the Department of Molecular Biosciences, was critical to the development of COVID-19 vaccines.

A member of the Association of American Universities since 1929, UT attracts nearly $800 million annually for research. Through a succession of large grants from the National Science Foundation, UT has built a collection of the fastest supercomputers for open research in the world. The Department of Defense has designated UT’s Applied Research Laboratories as one of five University Affiliated Research Centers for the Navy, and the university is a major collaborator with the Army Futures Command.

UT has many academic programs ranked in the top 25 nationally, and the number continues to rise every year. At the graduate level, 49 programs rank among the top 10, representing 13 of the university’s colleges and schools. Twenty other programs rank in the top 25. The Times Higher Education World University Rankings for 2022 lists the university as the 47th best university in the world, while U.S. News & World Report ranks it 9th among American public universities.

The university’s holdings comprise more than 170 million objects including a Gutenberg Bible and other rare books, manuscripts, photographs, artworks and artifacts from natural history to pop culture in eight museums and 17 libraries. The Lyndon B. Johnson Presidential Library was the first presidential library to be located on a college campus.

Over the past 10 years, the campus has undergone a significant modernization and expansion of its research, academic and community spaces. Recent new buildings — like the Gates Computer Science Complex and Dell Computer Science Hall, the G.B. Dealey Center for New Media, the Health Discovery and Health Transformation Buildings, Robert B. Rowling Hall and the Engineering Education and Research Center — have added new state-of-the-art facilities, high-tech labs and dynamic collaboration spaces that are transforming the student and faculty experience.