Take your pick. Serendipity. Destiny. Or just really good fortune that Ernest Smith and Stanley Johanson committed in 1963 to becoming legal educators at The University of Texas School of Law. It was 50 years ago that they both walked through the front doors of the law school on the same day in August 1963 […]

Not one to shy away from hard work, competition and intellectual challenges, Judson Littleton, ’08, is the latest University of Texas School of Law alumnus to achieve the most prestigious credential in American law: a clerkship at the Supreme Court of the United States. Littleton, who started the new job in July, is one of […]

All eyes in the Austin firm of Scott, Douglass & McConnico LLP were focused on computers Feb. 20, as they closely watched the United States Supreme Court’s live blog. Jane Webre, ’89, and Cindy Connolly, ’96, both partners in the firm, argued a case at the U.S. Supreme Court in January and were waiting for […]

Republican Jason Villalba, ’96, and Democrat Oscar Longoria, ’07, will agree the friendships they made during the 83rd Legislature that wrapped up this summer — their first — were what surprised them the most. “My biggest takeaway was how important the relationships are among all the House members and everyone at the (state) Capitol,” Villalba […]

The Law School’s Center for Global Energy, International Arbitration, and Environmental Law has rolled out a cutting-edge legal blog with an inaugural post on hydraulic fracturing from Professor David Spence. UT Law Grid will contribute to vital academic and policy debates in the Energy Center’s core subject areas with regular updates from University of Texas professors, prominent practitioners, lawmakers, and policy experts. In particular, as the Texas Legislature begins its 83rd session in January 2013, the Center will use the blog to participate in relevant policy discussions around water and energy issues.

John H. Massey, ’66, elected president of the University of Texas Law School Foundation Board of Trustees

The University of Texas Law School Foundation Board of Trustees announces the election of John H. Massey, ’66, of Dallas and Columbus, Texas as its new president. Mr. Massey assumed the presidency on September 1, 2012. 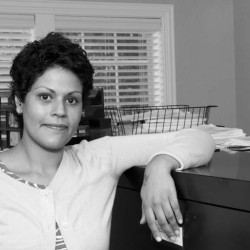