Judge Lee H. Rosenthal was appointed a United States District Court Judge for the Southern District of Texas, Houston Division in 1992. Before then, she was a partner at Baker & Botts in Houston, Texas, where she tried civil cases and handled appeals in the state and federal courts. She received her undergraduate and law degrees from the University of Chicago and served as law clerk to Chief Judge John R. Brown, United States Court of Appeals for the Fifth Circuit.

Judge Rosenthal is a member of the American Law Institute, where she serves as an advisor for the Employment Law project and the Aggregate Litigation project and was an advisor for the Transnational Rules of Civil Procedure project. In 2007, she was elected to the ALI Council and in 2011 became chair of the Program Committee. Judge Rosenthal has taught, written, and lectured extensively, concentrating on topics in complex litigation and civil procedure, including class actions and electronic discovery.

Judge Rosenthal serves on the Board of Trustees of Rice University in Houston, Texas, chairing the Academic Affairs Committee, and on the Duke University School of Law Board of Visitors. She is vice-chair of the Board of Trustees of the Center for American and International Law and immediate past president of the District Judges’ Association of the Fifth Circuit. Judge Rosenthal is the 2012 recipient of the Lewis F. Powell, Jr. Award for Professionalism and Ethics given by the American Inns of Court. She and her husband have four daughters.

James is a 2L from Morgan Hill, California. He moved to California from Houston before second grade, but his parents are originally from Canada. James graduated from the University of the Pacific in 2014 with a degree in International Relations. He worked for Covington and Burling's San Francisco office in client services after graduation for a few years, then YouTube's copyright department before starting at Texas Law in 2018.

After taking a particularly fascinating elective as a 1L, James has taken a keen interest in capital defense work, and is taking the Capital Punishment Clinic in the fall. He worked for Judge Hervey at the Texas Court of Criminal Appeals over the summer. James was also heavily involved in Texas Law Fellowships and Assault and Flattery, and hopes to continue that into his 2L year. Since he was an active participant in many society activities over the course of his 1L year and had his time at Texas Law personally enriched by the program, James views his participation in the Society Program as the least he can do to give back.

James is a huge music nerd and has been to 14 of the Texas Monthly Top 50 BBQ joints so far, with a goal of finishing the list by graduation.

Amber is a 3L, originally from McComb, Mississippi. She graduated from the University of Texas at Austin after high school and has lived in Austin since 2013. She has more Longhorn school spirit than almost anyone, and the Longhorn baseball team is her favorite team!

Amber will serve as President of the Thurgood Marshall Legal Society and is a member of the Supreme Court clinic. She has also been a civil procedure research assistant, staff editor on the Texas Journal of Oil, Gas, and Energy Law, moot court regional champion, member of Assault and Flattery, and a representative in the Student Bar Association. During law school summers, Amber worked for law firms in both Austin and Dallas. She plans to pursue a career in complex commercial litigation and civil defense, and she is especially interested in civil procedure.

Amber would like to thrift and paint in her spare time, but her actual hobbies are less creative. She spends most of her free time watching her brothers play baseball and re-watching the Harry Potter films. 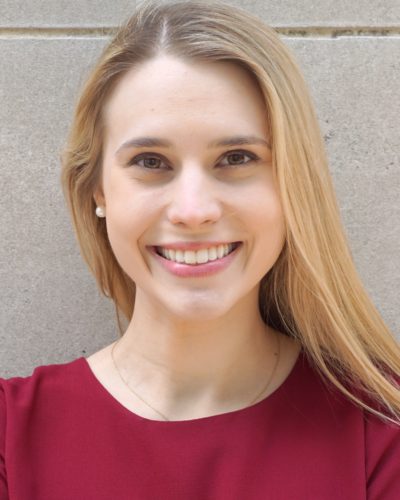 Greer Goss is a 3L from Dallas, Texas. In 2017, she graduated with distinction from The University of Virginia, where she double majored in Political Philosophy, Policy and Law (PPL) and Media Studies. Through her studies of policy and law, she realized she wanted to pursue a legal career. Wanting to return to her Texas roots and officially be a part of her family’s longhorn tradition, she enrolled at The University of Texas School of Law.

Having felt the positive impact of the Society Program on her 1L experience, Greer was eager to join the program as a 2L. She is excited to return for her second year as a Society Coordinator. She looks forward to helping the members of the class of 2022 get to know one another and enjoy their Texas Law experience.

Greer is an Associate Editor of the Texas Journal on Civil Liberties & Civil Rights. She is also a member of Delta Theta Phi Law Fraternity and Women’s Law Caucus. After graduation, she hopes to become a commercial litigator. 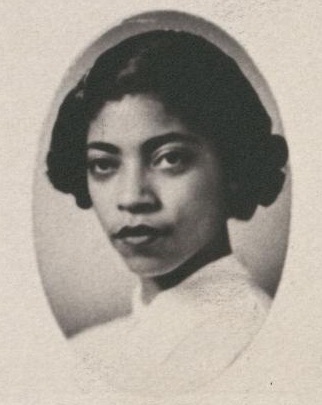