A Discussion with the Authors of Shortlisted: Women in the Shadows of the Supreme Court

Shortlisted: Women in the Shadows of the Supreme Court  tells the inspirational and previously untold history of the nine women considered–but not selected–for the United States Supreme Court.

“This fascinating book reconstructs a chapter of women’s history that has been hiding in plain sight: the numerous qualified women whose names were floated for the Supreme Court but who never got there. Just as they were overlooked, so have their individual stories been — until now.”

Below is the link to the video of the October 5th webinar:
Shortlisted: Women in the Shadows of the Supreme Court

For those that participated, this course can be claimed as 1.25 hour of self-study CLE credit with the State Bar of Texas. Self-study is optional and 3 of your total 15 hours can be completed in the form of self-study activities. Contact your State Bar with any questions.

Renee Knake Jefferson is an award-winning author and Professor of Law and the Doherty Chair in Legal Ethics at the University of Houston. Knake Jefferson is a Fulbright recipient and elected member of the American Law Institute. She is a frequent speaker at top research universities around the world whose research focuses on innovation in the regulation of legal services. 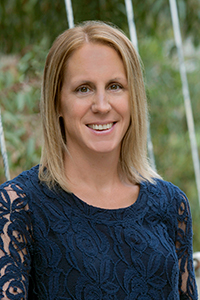 Hannah Brenner Johnson is the Vice Dean for Academic and Student Affairs and an Associate Professor of Law at California Western School of Law. Brenner Johnson served as the first executive director of the Center for Women in Law. Her research focuses on the intersection of law and gender, with a specific lens on gender inequality in the legal profession and gender-based violence. 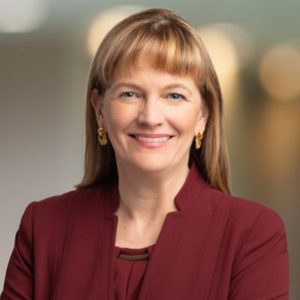 Marcy Hogan Greer Marcy Greer has 30 years of experience in federal and state trial and appellate courts throughout the country. As managing partner of Alexander Dubose & Jefferson, her practice includes appeals, as well as class actions and mass tort cases, including federal and state multidistrict litigation. This experience contributed to her recognition by Chambers USA for Appellate Litigation, as well as Best Lawyers in America in Appellate, Bet-the-Company and Commercial Litigation. In addition, she was honored as “Lawyer of the Year” in 2012 and 2016 for Austin Appellate Practice and Austin Bet-the-Company Litigation in 2015. In 2017, The Texas Bar Association awarded her the Louise B. Raggio Award, which recognizes attorneys who have actively addressed the needs and issues of women in the legal profession and the community. Marcy also has been Board Certified in Civil Appellate Law by the Texas Board of Legal Specialization since 1997. Marcy is the national editor of the first and second editions of a leading ABA two-volume publication, A Practitioner’s Guide to Class Actions (ABA, 2010, 2017).