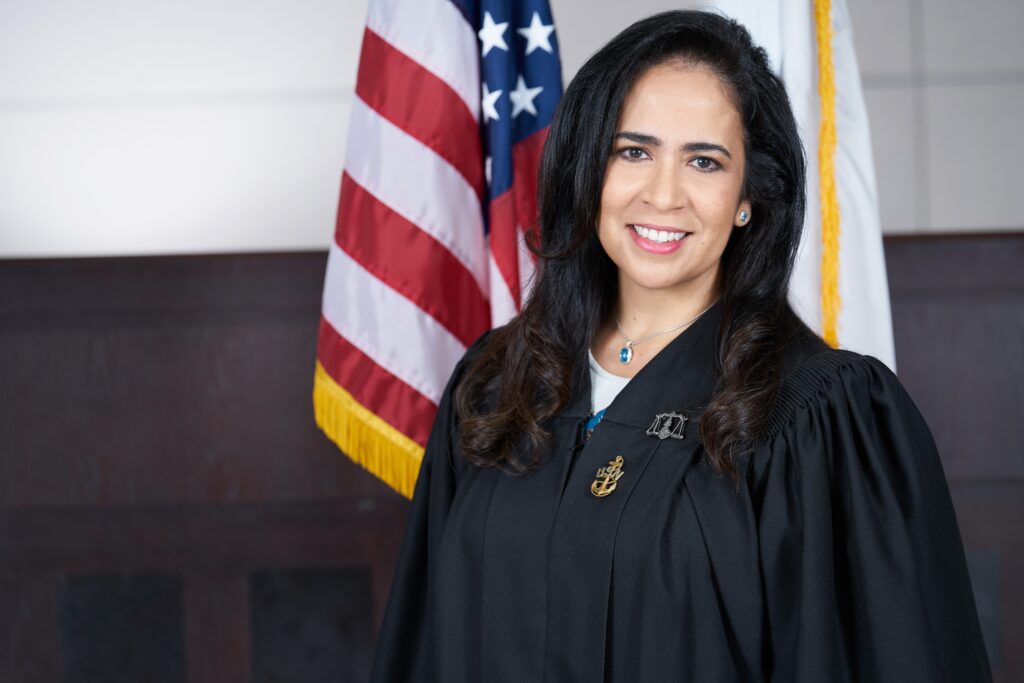 Chief Justice Rebeca C. Martinez is the proud daughter of a Vietnam War Veteran and his wife of almost 60 years. She was raised on military bases all around the country for most of her childhood. She graduated high school with honors from Incarnate Word Academy in Corpus Christi, Texas, as a University Scholar with dual degrees from Southern Methodist University in Dallas, and was the recipient of the prestigious Faculty Award from Boston University School of Law in Boston, Massachusetts, where she currently serves on the Dean’s Advisory Board.

Chief Justice Martinez clerked at Mintz, Levin Cohn, Ferris, Glovsky and Popeo in Boston, MA, served with U.S. Magistrate Judge Eduardo de Ases in the Southern District of Texas, and later with Justice Federico G. Hinojosa on the Texas 13th Court of Appeals. She enjoyed a 20-year litigation practice, first with two prestigious law firms, then as President of her own law practice, handling complex multi-party litigation in federal and state courts across Texas.

In 2012, she was elected to the Texas Fourth Court of Appeals, reelected in 2018, and elected Chief Justice in 2020. The 4th Court of Appeals is currently the only all-female appellate court in the country, and six of the seven-member court are Latinas.

Among numerous positions held at the local, state and national level, Chief Justice Martinez is currently Chair-Elect of the SBOT Judicial Section, serves on the Pattern Jury Charge Subcommittee, as Latina Commissioner of the Hispanic National Bar Association, and on the Advisory Board of the University of Texas – LBJ School of Public Policy’s Women Campaign School and the Purple Campaign. She is a past recipient of “Judge of the Year” by the State Bar of Texas Hispanic Issues Section. has served on the Board of Directors for the Texas Young Lawyers Association, the State Bar of Texas, and the National Association of Women Judges. She has served on the Curriculum Committee of the Texas Center for the Judiciary, and for years has contributed as author and speaker at numerous continuing legal education programs throughout the state.

Chief Justice Martinez lives in San Antonio, Texas with her husband and family. 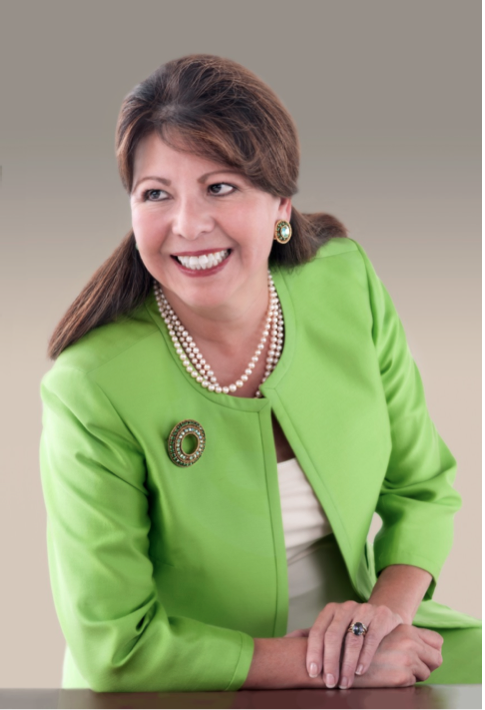 A Colorado native, Dolores received her J.D. from the University of Denver College of Law and B.A. from Colorado College. She was licensed in Colorado in 1981 and retired from the active practice of law in 2012.

In 2015, Dolores became the first Visiting Scholar at the University ofn Denver (DU) Latinx Center| Sturm College of Law where she founded the national legal history project, Luminarias de la Ley | Luminaries of the LonuTàs (Luminarias Project) to identify and chronicle the accomplishments of the first Latina lawyers in the country. circa 1880-1980. In 2021, she served as the ALLP Interim Executive Director for the newly formed Alliance for Latinx Leadership and Policy promoting Latinx attorneys for appointment to the new administration.

Licensed in Colorado for 40 years, Dolores has worked within and outside the legal profession. She started as a Reggie Fellow, served as an Assistant Attorney General, Administrative Law Judge and Director of the Colorado Division of Administrative Judges. She ended her legal career in private practice, specializing in employment litigation and education law. Dolores was the first Development Director for public bilingual radio station KUVO 89.3FM, one of three women who put KUVO on the air, and was Vice President and General Counsel for an Indy car racing company, the Denver Grand Prix Auto Race, Inc. Throughout her career, she has been actively involved as a bar leader and in community work, including in reapportionment. Her reapportionment work started as a MALDEF law derk in 1981 (Denver office), continued as pro bono attorney on reapportionment cases, culminating in 2011 with appointment by the state’s Supreme Court Chief Justice to the Colorado Reapportionment Commission. She was president of the Hispanic National and Colorado Bar Associations, served on the American Bar Association’s Commission on Women, and chaired the Denver Women’s Commission, initiating and completing an assessment of critical issues facing Denver women and girls, “Windows into Denver’s Women and Girls” (2014). Dolores ia a past chair of DU’s Law Alumni Council and leads the Latinx Law Alumni Chapter and is a Consortium member of the Center for Women in the Law at the University of Texas at Austin School of Law.

Dolores has earned recognition as the national expert on Latina lawyers in the United States. She has taught, produced and/or spearheaded numerous works on Latina lawyers, including Las Primeras, a 50-minute slide show on 21 Latina trailblazers (1993) converted to a video documentary (1994), two published pieces on Latina lawyers: “I00 Years of Achievement: Un Historia Abogada” (2013) and Saluting Hispanic Women Lanyers in the 50 States” (2014) and the Luminarias Exhibit, the first exhibit on Luminarias shown at law schools and firms in the country. While chairing the HBA Latina Commission, she spearheaded the first two national studies on Latina lawyers, “Few and Far Between: The Realin of Latinas in the Legal Profession (2009), and Challenges and Rewards in Serving the Public Interest (2010). Dolores is completing Phase II of the Luminarias Project research which will be published in May 2023. She plans additional writings.