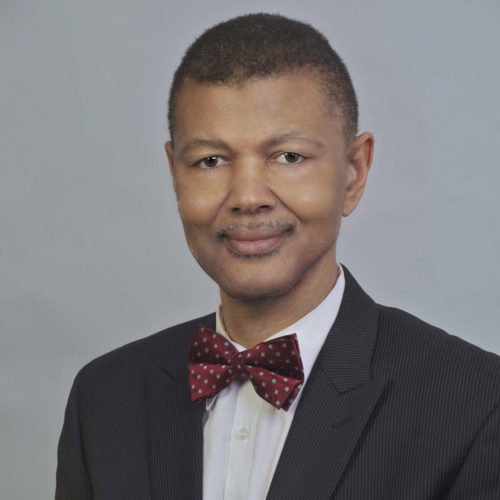 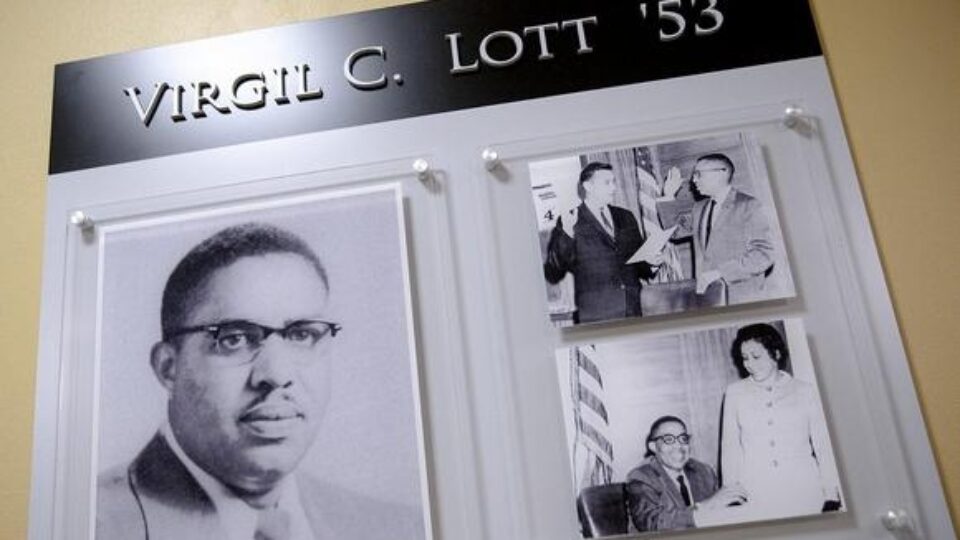 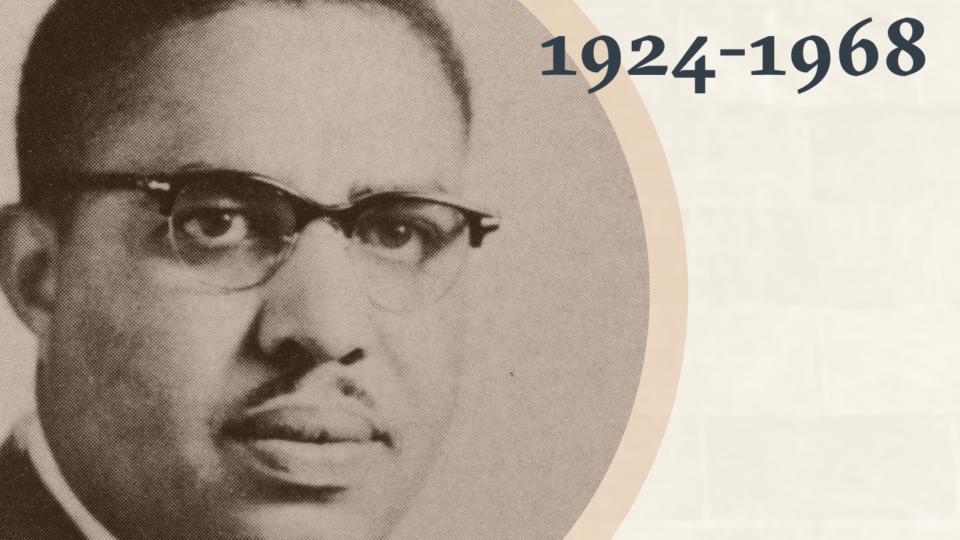 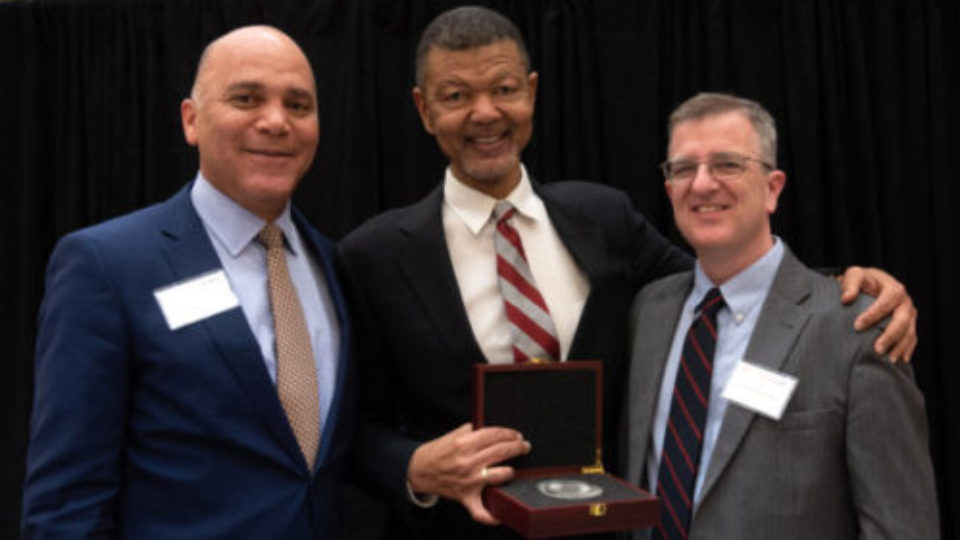 Virgil Lott, with his wife, after being sworn in as a judge. He was the first African American to sit on the bench of a court in Austin.

In 1953, Virgil Lott became the first African American graduate of the University of Texas School of Law.  Born in Austin, Texas, he graduated from Anderson High School and earned his undergraduate degree in business administration from Samuel Huston College (now Huston-Tillotson University) in 1949.  Mr. Lott served with valor in the United States Army during World War II in England, France, and Belgium.

Mr. Lott was also a pioneer in the legal profession.  He was instrumental in devising the legal justification for the development of multi-family housing for low-income families under the Federal Housing Administration’s insured loan programs.  Mr. Lott was the first African American ever to sit on the bench of a court in Austin.

Mr. Lott was also well known for his civic leadership. He was the founding president of the Capital City Lions Club, and he served as finance chairman of the Eagles division, Boy Scouts of America.  He served as attorney for David Chapel Missionary Baptist Church, and as an advisor to St. Joseph Grand Masonic Lodge; in both of these roles, he worked to expand the availability of affordable housing to low- and moderate-income families.

Mr. Lott’s strong sense of duty, devotion to his community and country, and respect for his fellow human beings earned him the admiration and friendship of a host of civic leaders, business and professional associates, and all who had the privilege of knowing him in his too-short life.

The Virgil C. Lott Medal honors those who, like its namesake, serve the interests of our society with integrity and who, by word and deed, reflect our better selves. 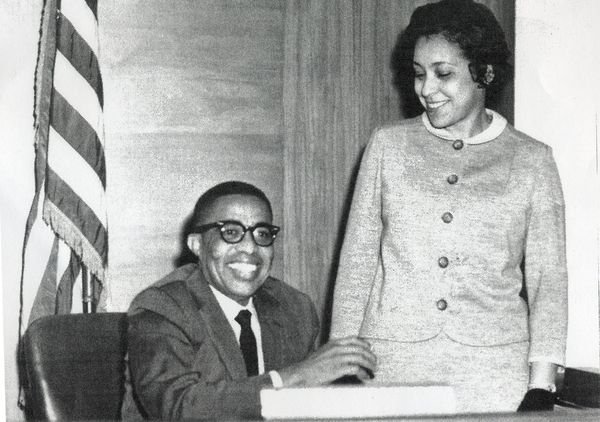