During Black History Month we are recognizing excellence and the pioneering spirit of Texas Law alumni who changed the world and made history. Read on to meet some of the first African-American graduates of Texas Law. You can learn about their lives and accomplishments in more detail here. 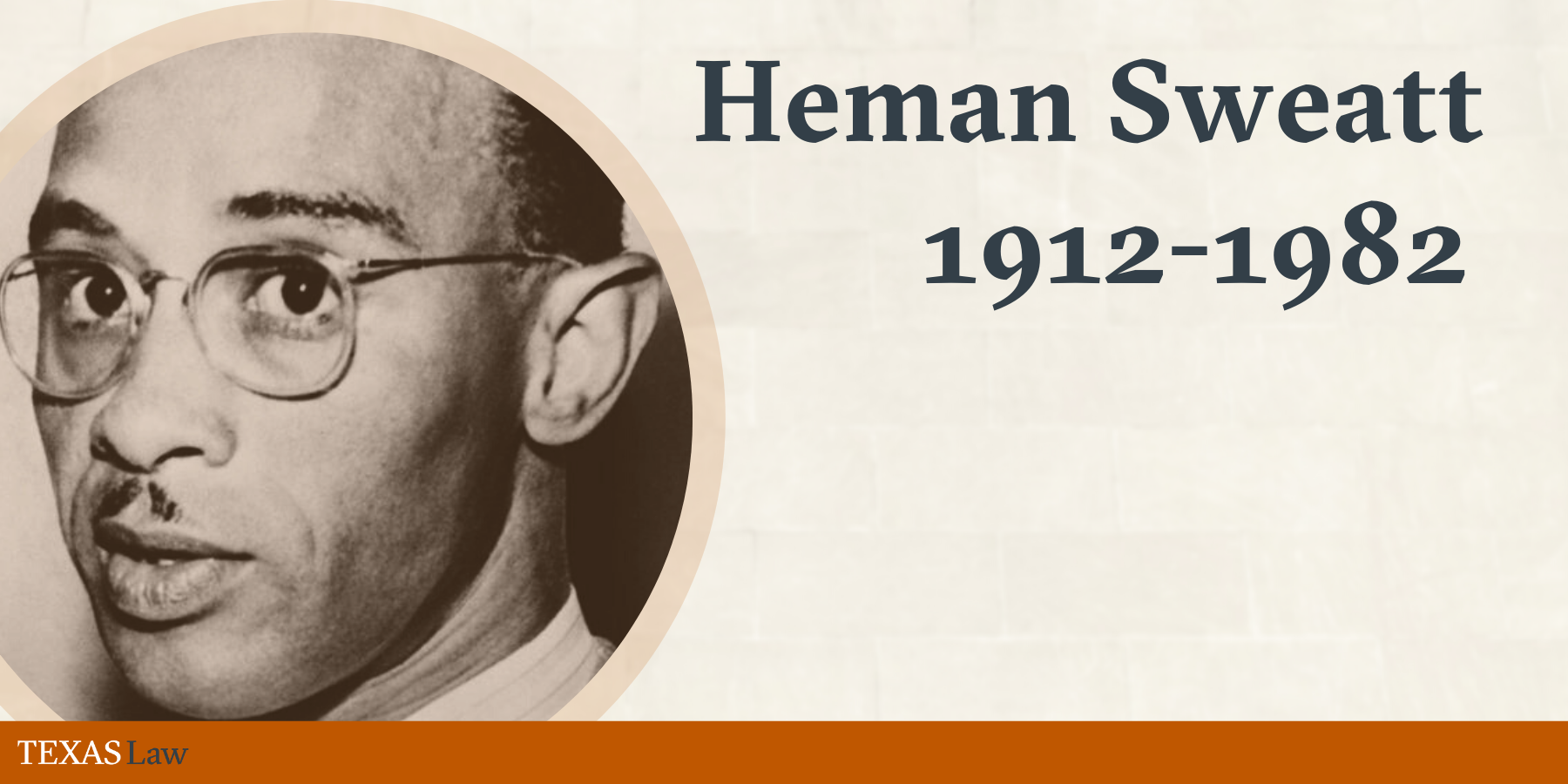 The case of Sweatt v. Painter was a pivotal event in the history of Texas Law and in the civil rights movement. Heman Marion Sweatt, an African American postal worker from Houston, was denied admission to Texas Law by UT Pres. Theophilus Painter in 1946. The NAACP’s legal team, led by Thurgood Marshall, took the case to the U.S. Supreme Court, which struck down the system of “separate but equal” graduate school education and provided a precedent for the landmark decision of Brown v. Board of Education in 1954. 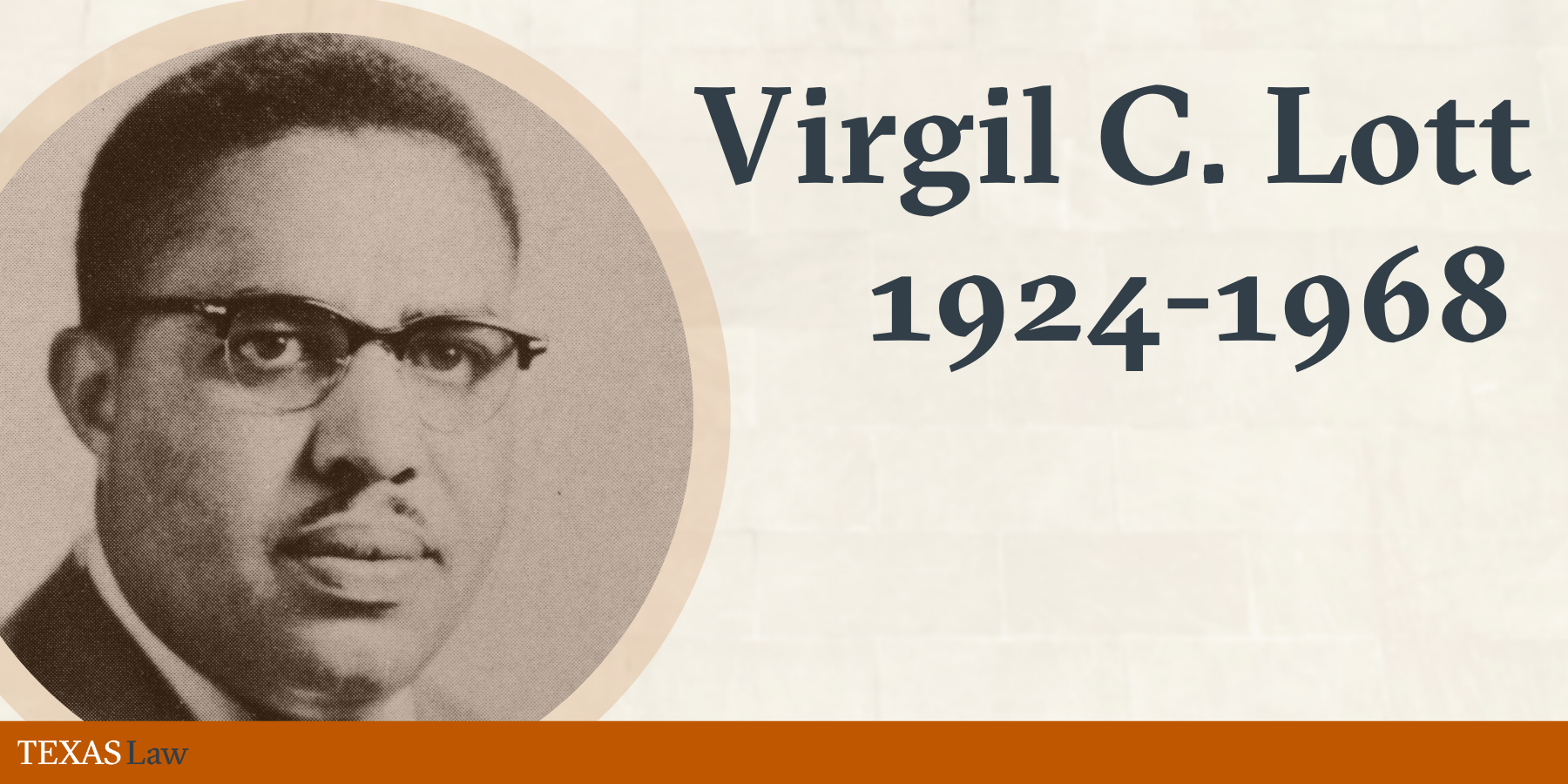 In 1953, Virgil Lott became the first African American graduate of the University of Texas School of Law. Mr. Lott was a pioneer in the legal profession. Mr. Lott was the first African American ever to sit on the bench of a court in Austin. The  Virgil C. Lott Medal honors men and women who, like Mr. Lott, have made significant contributions to the legal profession and to the improvement of understanding among all peoples. 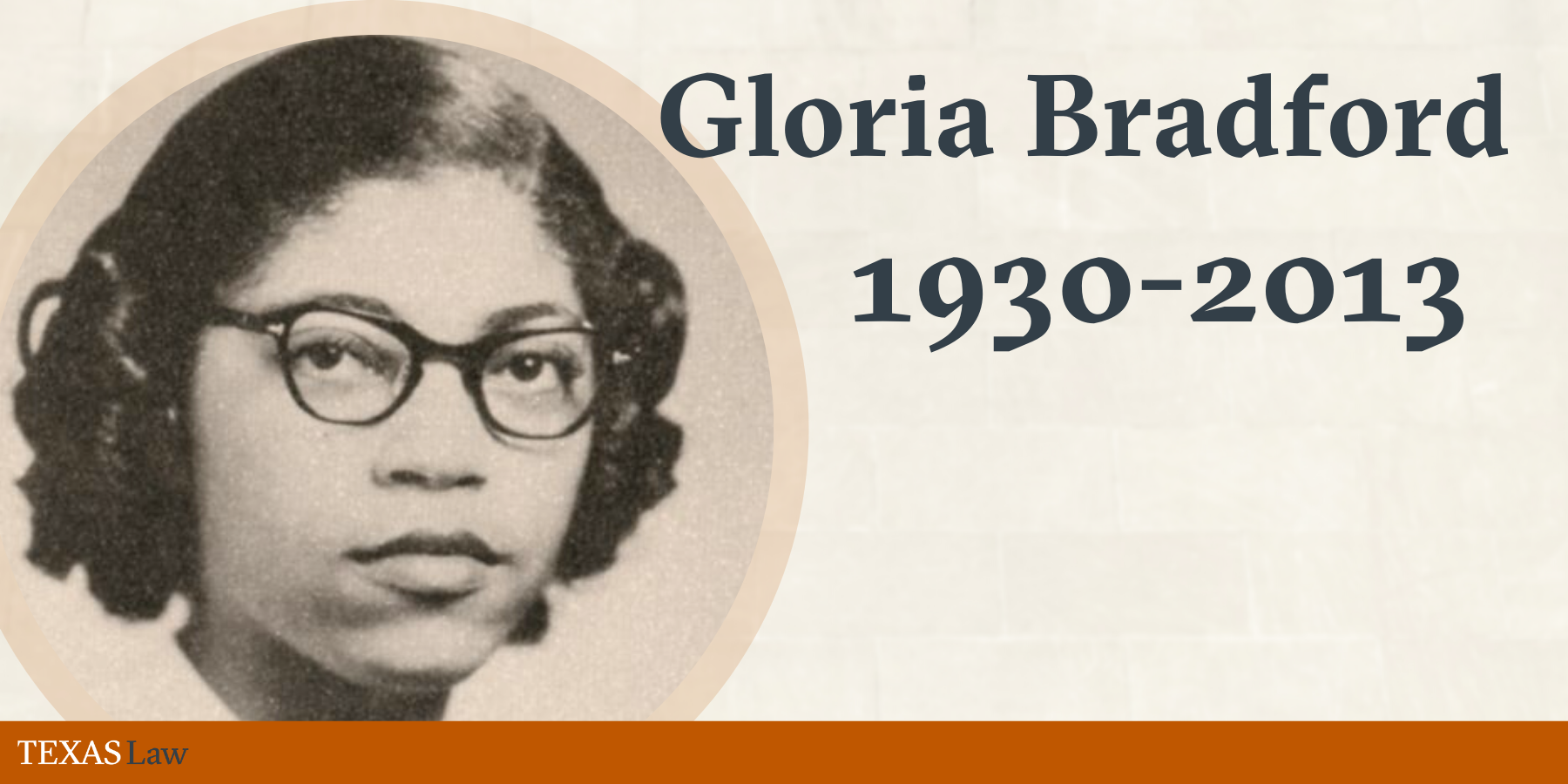 In 1954, Gloria Bradford became the first African American woman to graduate from the University of Texas School of Law. Following graduation, Ms. Bradford practiced in Houston where she was involved in both civil and criminal practice. In 1954, she became the first African American woman to try a case in Harris County District Court. In 2006, she returned to Texas Law to be interviewed as part of Tarlton Law Library’s oral history series. 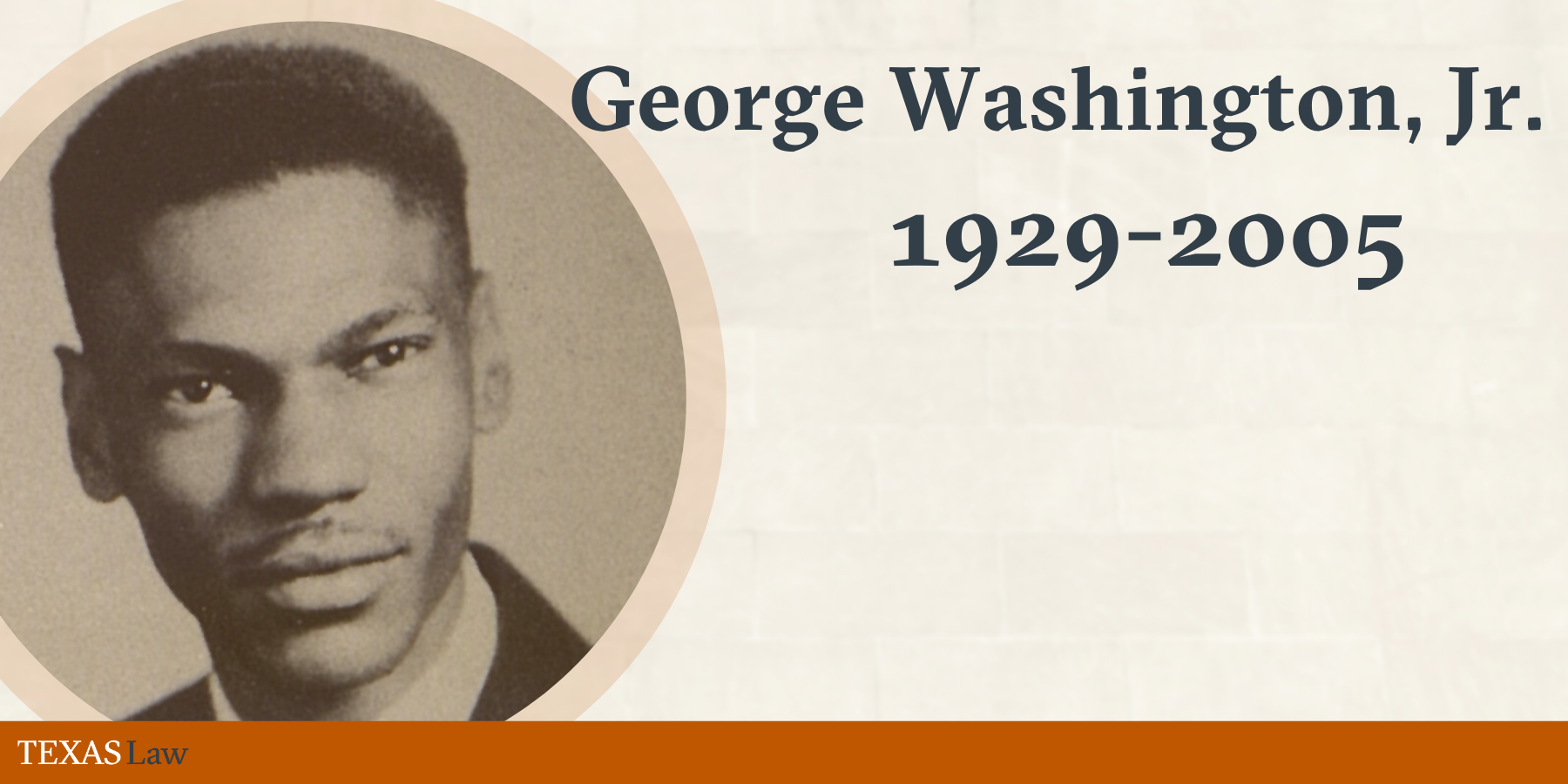 Mr. Washington entered Texas Law in 1950 as one of its first six attendees. He earned his LL.B. in 1954. In 1959, Mr. Washington opened the law firm of Washington & Jefferson, Attorneys at Law in Houston with Andrew Jefferson, a 1959 Texas Law graduate. In 1972, Mr. Washington became the first African-American Assistant District Attorney in Dallas County, where he was assigned to the appellate and civil division. He joined the faculty of the Thurgood Marshall School of Law at Texas Southern University in 1974. 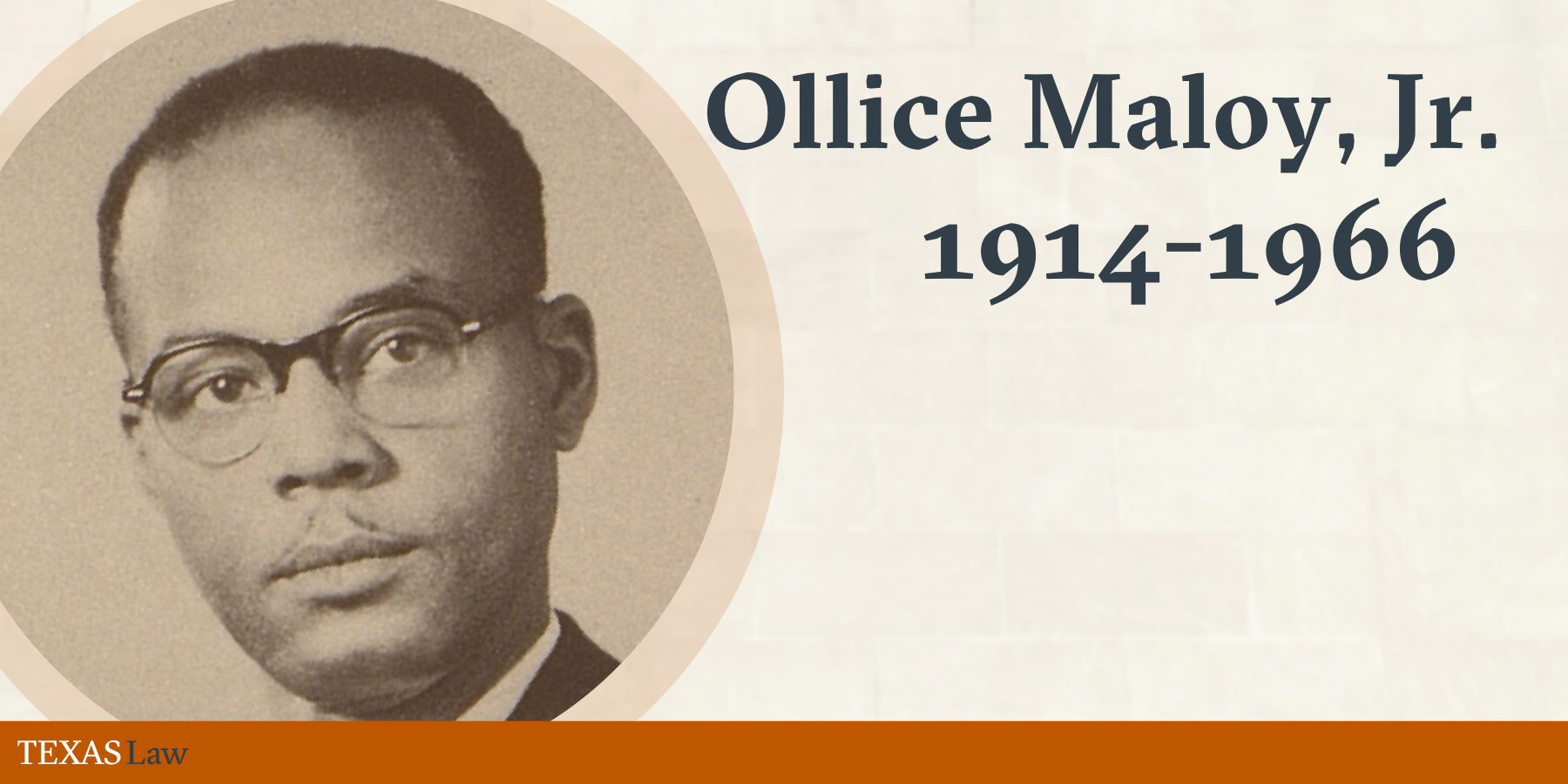 Ollice Maloy, Jr. earned his A.B. degree from Wiley College in Marshall, Texas in 1936. He worked as a school teacher before he entered the University of Texas  School of Law in the fall of 1951. He graduated in January 1954. Mr. Maloy was appointed the first African American Assistant District Attorney of Tarrant County in 1959. 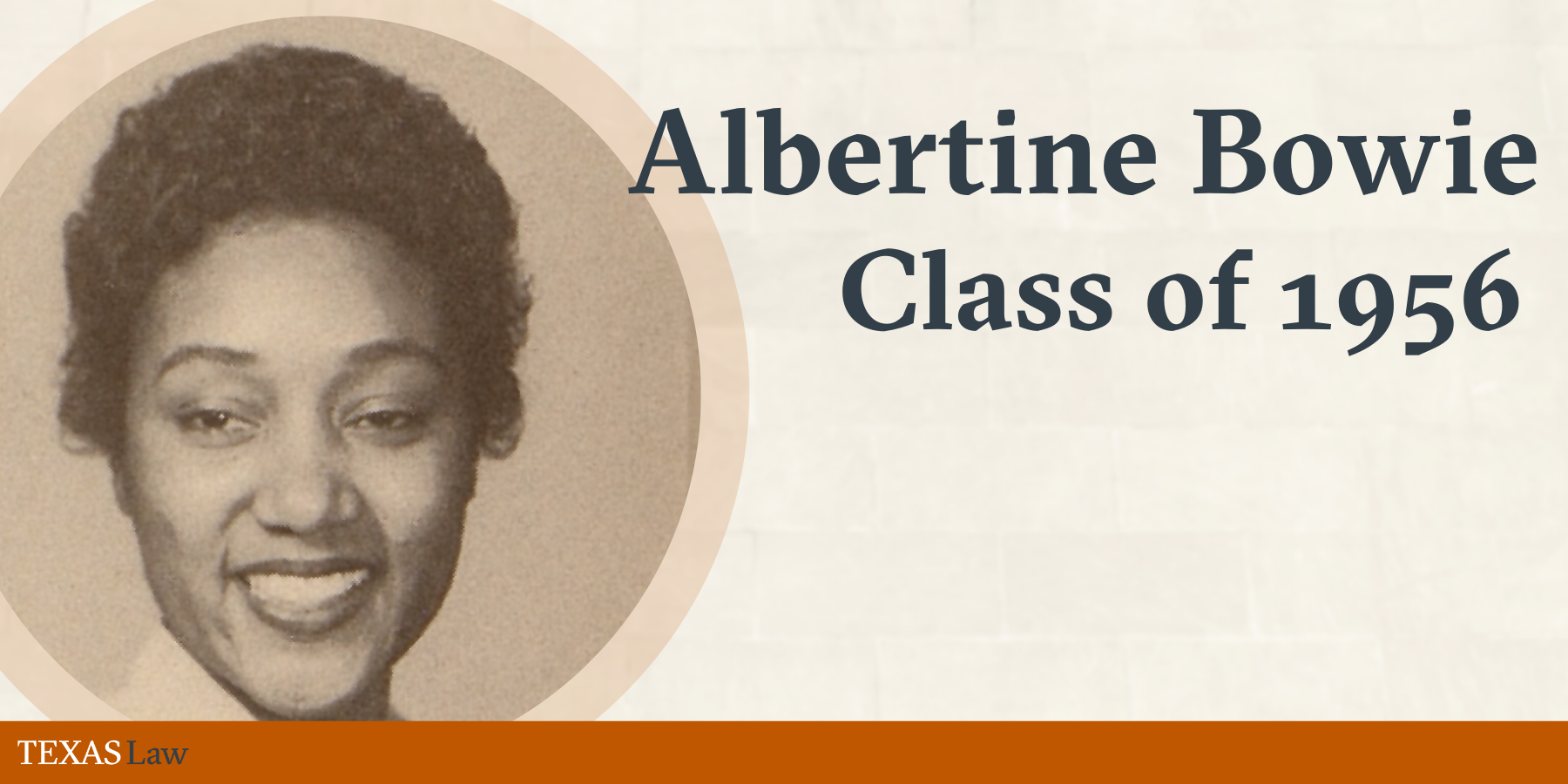 Albertine Bowie worked as an Assistant Attorney General of Illinois under Gov. William G. Stratton and was on the Chicago staff of 1960 presidential candidate Richard M. Nixon. In 1963, she was appointed special assistant in the Republican National Committee women’s division. She taught courses in the American Legal System and Constitutional Law at Warnborough College in Oxford, Great Britain. She was appointed to Pres. George Bush’s Board of Advisors on HBCU’s in 1990. 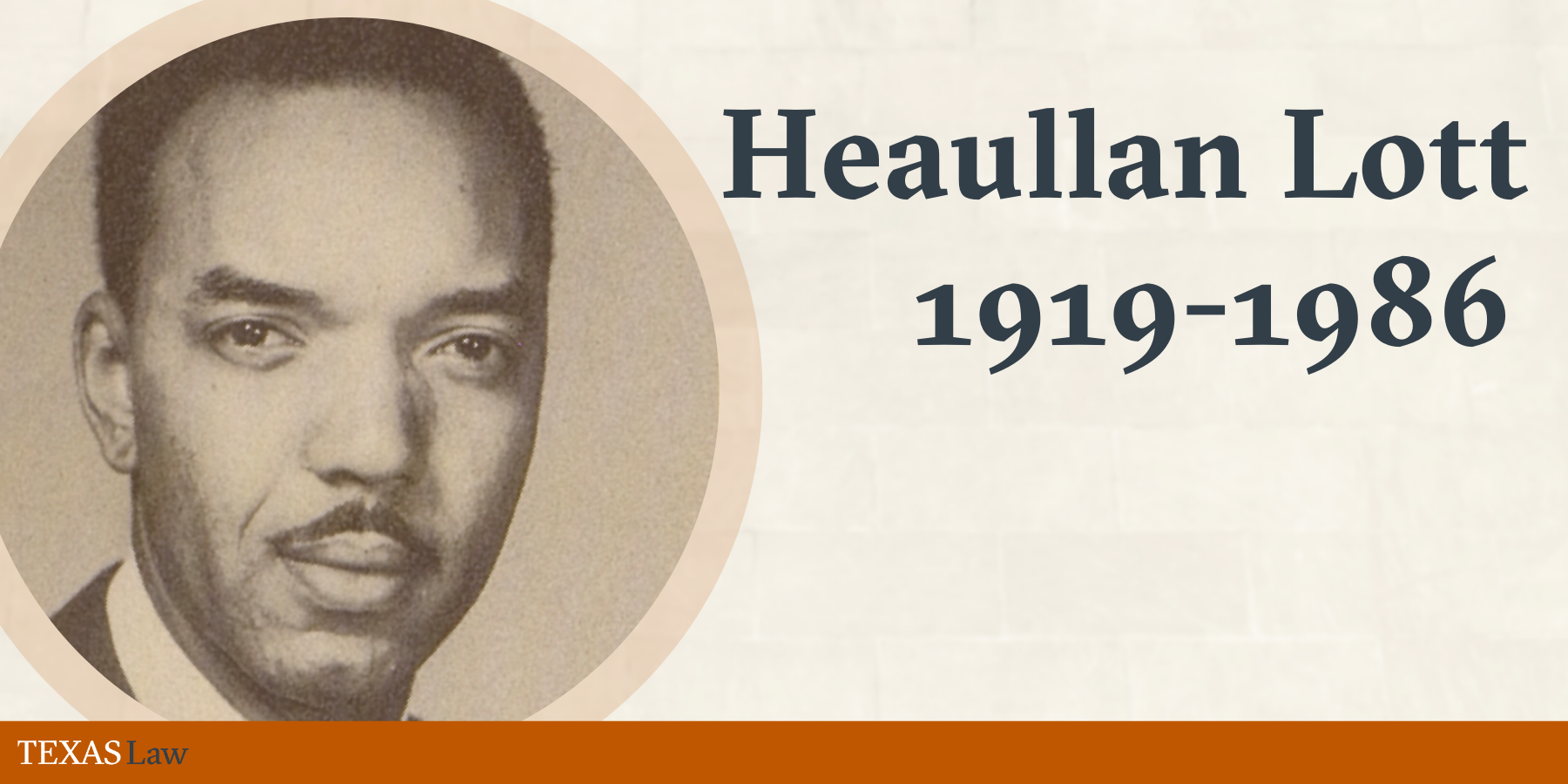 Heaullan Lott enrolled at Texas State University for Negroes School of Law during in the fall of 1947 as part of its inaugural class. When the school moved from Austin to Houston in 1948, Mr. Lott chose not to continue. He enrolled at the University of Texas School of Law as a mid-law in 1955 and earned his LL.B. in June 1956. Mr. Lott practiced in Houston and was appointed special master in George Foreman’s 1974 divorce. 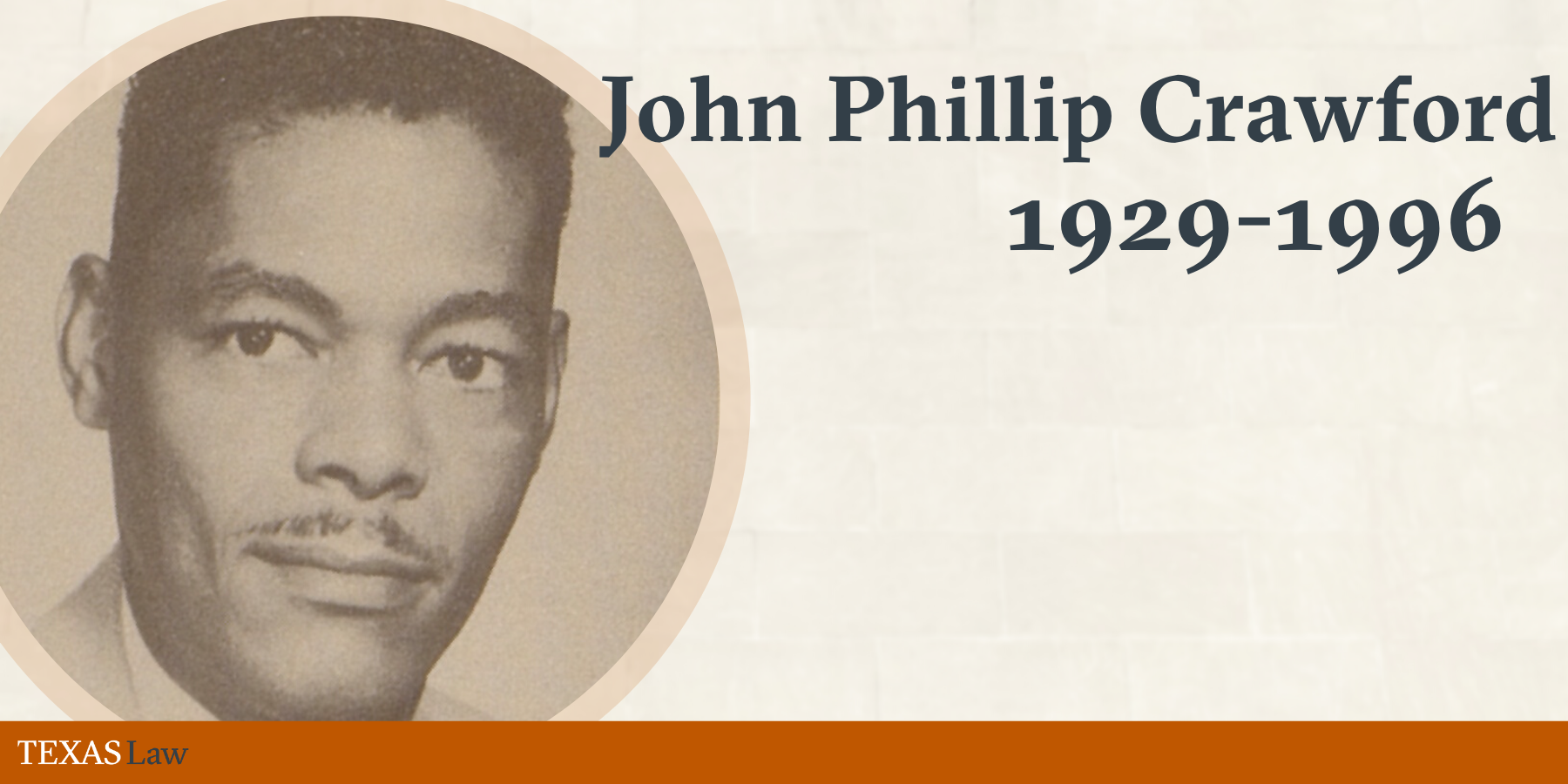 Mr. Crawford earned his LL.B. in 1957. After graduation, he was a partner in the firm of Lott & Crawford with Virgil Lott. In 1963, he became the first African American Assistant Attorney General for the State of Texas. In 1969, he joined Gary Job Corps, beginning as Assistant Center Director before serving as Acting Director of Education and Training, and Center Director. Mr. Crawford was a member of the Travis County Bar Association and the State Bar of Texas, as well as being the first African American to be admitted to the Travis County Junior Bar Association. 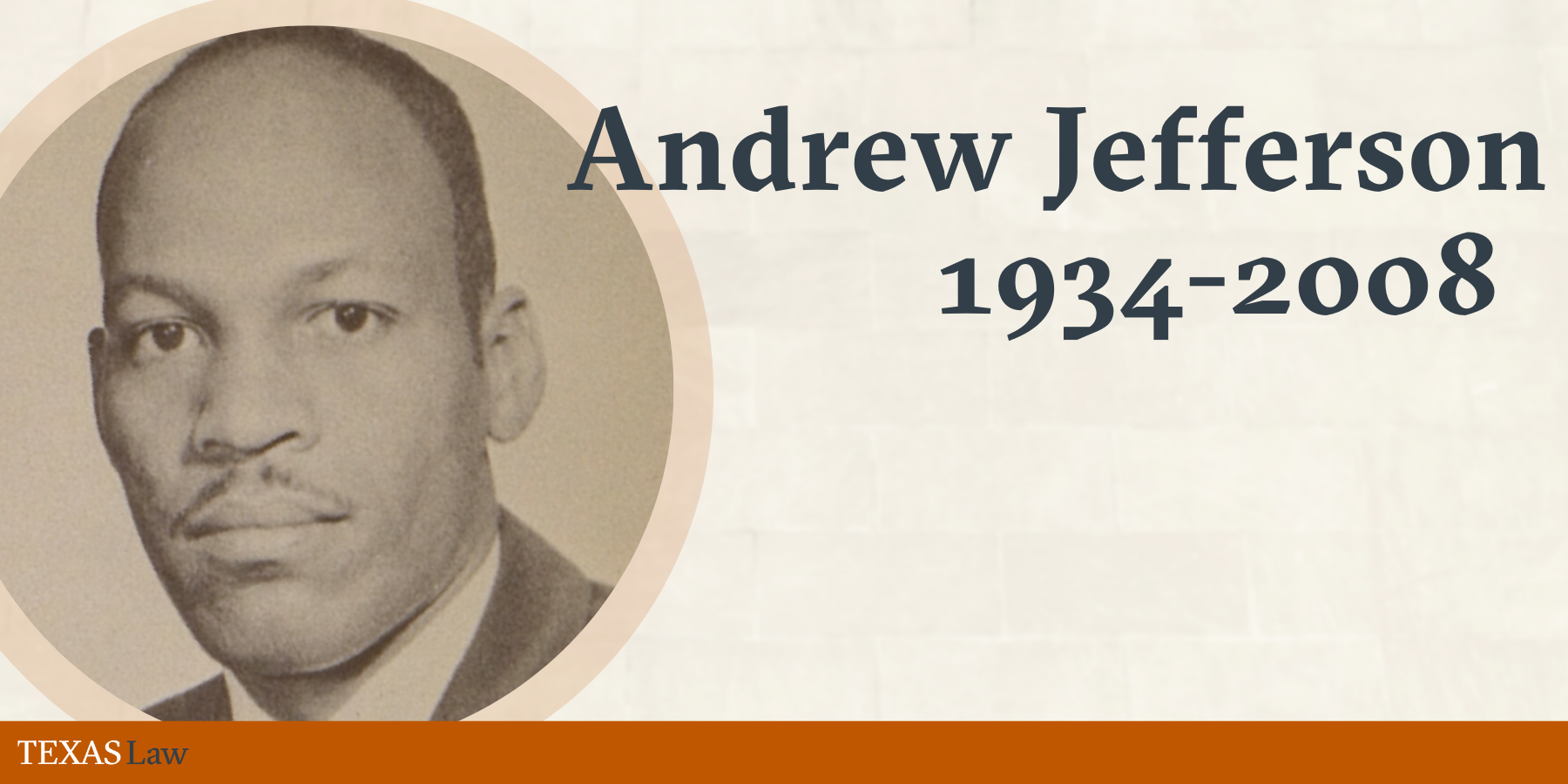 Andrew Jefferson ’59 opened the Houston law firm of Washington & Jefferson with George Washington, Jr. He became Assistant District Attorney for Bexar County in 1962, then was named chief assistant to the U.S. Attorney for the Western District of Texas. In 1970 he was named judge of the Harris County Family District Court. In 1973, he was appointed judge for the 208th District Court in Harris County. In the 1970s, he served on the Constitutional Revision Commission for the State of Texas. His many accomplishments were recognized when he was named to the International Society of Barristers in 1996.