The Justice Center Graduating Student Awards honor 3Ls’ outstanding contributions to building and supporting Texas Law’s public interest community and culture of service. Students apply for the awards or are nominated by other students. The awards recognize students who have provided extraordinary leadership, mentorship, or support to their fellow public-interest minded students or who have otherwise helped strengthen the law school’s commitment to service. 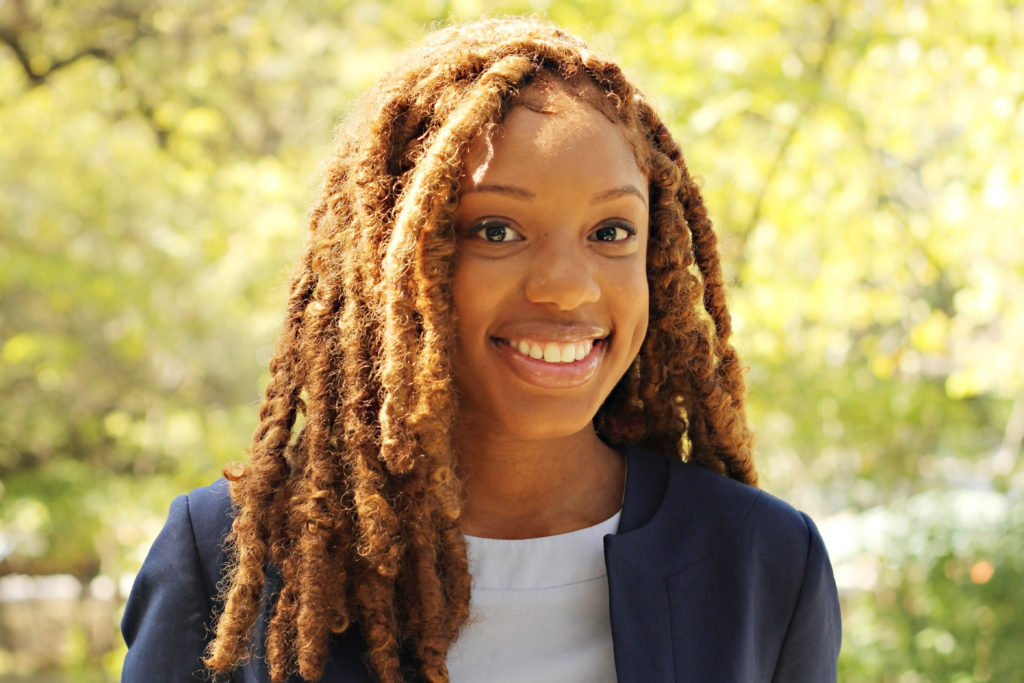 According to a nomination, Alyssa is constantly fighting for racial justice, and it shows in all aspects of her legal career. But the nomination cited Alyssa for going above and beyond, fighting against racial inequality in the legal system through the organization she co-founded, Law Students for Black Lives. “At the height of the summer 2020 protests, when despondency would have been a reasonable reaction, Alyssa and her fellow co-founders acted instead and engaged in community organizing,” said the nomination. “Even while the world was on fire, they built this organization from the ground up and worked on a range of issues, from running voter registration drives, to shedding light on disparities, to building an alternative curriculum for their fellow law students.”

“The Justice Center is pleased to recognize Alyssa for her leadership and support in the Texas Law community and her commitment to engaging others in important public interest issues,” said Eden Harrington, director of the Justice Center. “Alyssa has made impressive contributions to the law school and beyond.” 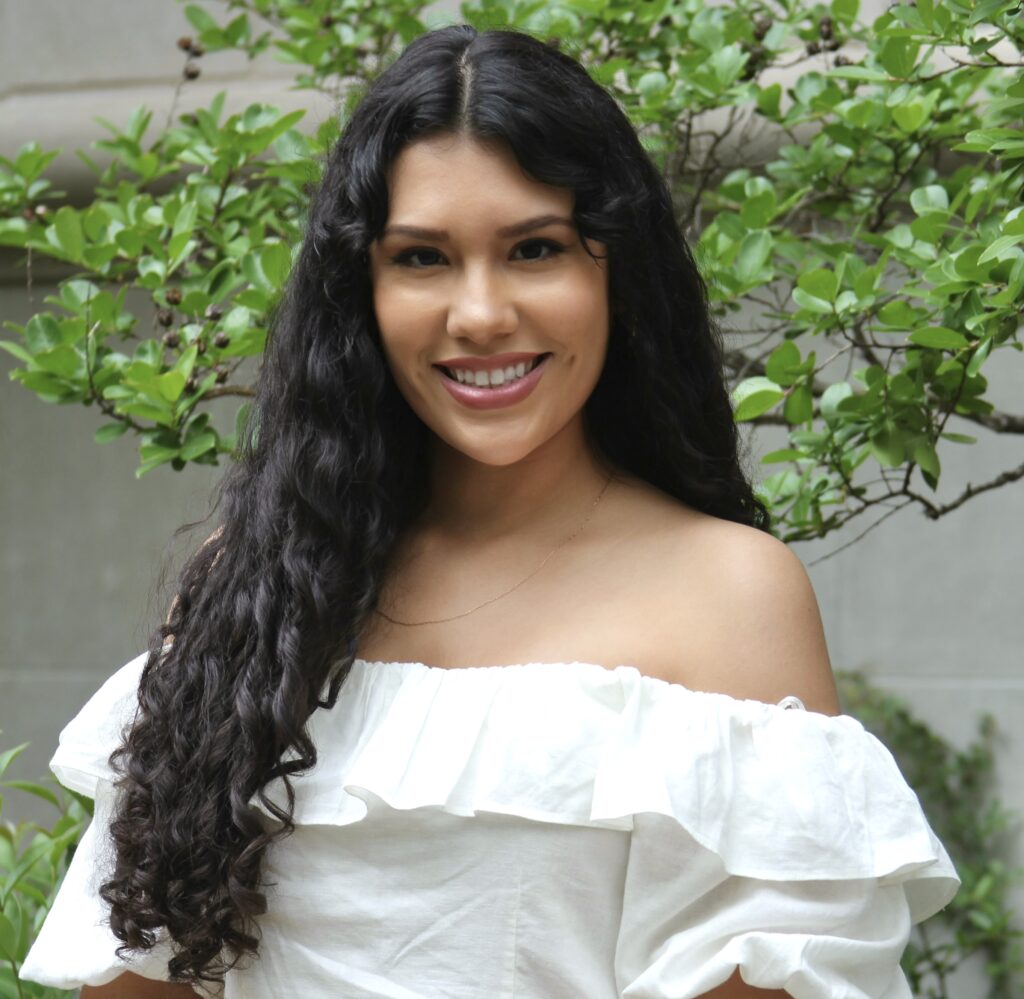 A nomination cited Jacqueline’s fierce commitment to serving marginalized communities beyond her impressive participation in law school clinics and internships. “When COVID vaccines were just released, appointment systems were challenging to navigate, especially for non-English speaking or older individuals. Jacqueline made it her mission to help marginalized and vulnerable populations gain access to the vaccine,” said the nomination. “Jacqueline used social media and outreach through friends to get in touch with individuals who were struggling to get vaccine appointments. Together with the law students she recruited to assist in this effort, she spent countless hours sifting through different vaccine websites.”

Jacqueline and her fellow law students helped 132 people receive vaccinations, mostly elderly and people of color in the Rio Grande Valley. Of those 132, thirty were relatives of students. Twelve were law students themselves.

“The Justice Center recognizes Jacqueline for helping to build a broader community of service at the law school and for encouraging participation from a wide segment of her fellow students,” said Harrington. “Jacqueline takes initiative and comes up with creative and resourceful solutions and, in so doing, inspires others to do the same.” 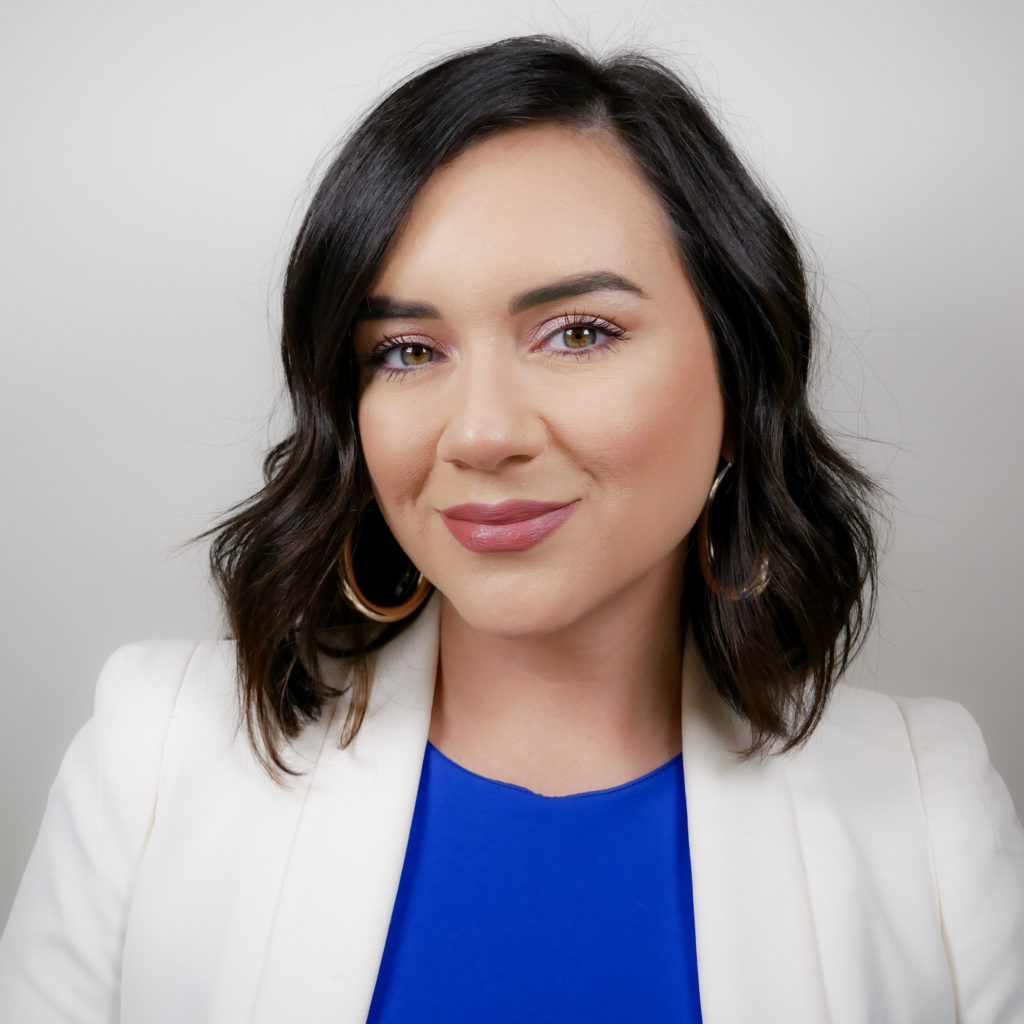 A nomination noted that Zoraima came to Texas Law as an activist with extensive experience and connections to the Texas reproductive justice community under her belt and credited her with doing everything in her power to make those resources available to other students. “Zoraima grew If/When/How’s presence on campus and built connections with other student affinity groups to ensure events were intersectional,” noted a nomination. “She has gone above and beyond to individually mentor any other student interested in reproductive rights legal work. In a legal field where job opportunities are extremely limited and often go to students from T6 institutions, this seemed like a tall order. But Zoraima lived up to the promise, meticulously reviewing our applications and talking through our interests to figure out the best organization fit,” the nomination continued. “This summer, three Texas Law students—all of whom Zoraima supported in their applications—will be interning at three of the four national reproductive rights litigation organizations.”

“The Justice Center is pleased to recognize Zoraima for her mentoring and support of fellow law students and her ongoing efforts to create new opportunities for students interested in public service careers,” said Harrington. “We could not be prouder of all she has accomplished as a law student and we are confident she will continue to be a leader as an attorney.”