February 22-23, the Justice Center hosted Lee Gelernt, Deputy Director of the ACLU Immigrants’ Rights Project, as a G. Rollie White Scholar in Residence. During the visit, Gelernt participated in several events, spoke to two classes, and met with students individually and in small groups.

Gelernt has worked at the ACLU’s national office in New York since 1992 and has litigated civil rights cases in courts across the country and at every level, including the U.S. Supreme Court. As an example, Gelernt successfully argued a national class action challenge to the Trump Administration’s practice of separating immigrant families at the border. In 2018, a federal court issued an injunction in Ms. L. v. ICE holding the practice unconstitutional and requiring the Administration to reunite the thousands of separated families.

“In his public address and his visit to the Immigration Clinic, Gelernt offered critical insights into impact litigation strategies while also highlighting the importance of other forms of advocacy in effecting real change on the key immigration policies of the day,” said Denise Gilman, co-director of the Immigration Clinic. “Many students commented that his talks made real for them both the challenges and the potential in using the law for social justice change.”

Gelernt also participated in a conversation with Steven Herzog of the New York office of Paul Weiss, which collaborates with the ACLU on family separation matters on a pro bono basis. Herzog heads the steering committee that is working to reunite families in Ms. L. v. ICE and is also working with the ACLU to litigate a damages case seeking compensation for separated families from the United States and former Trump Administration officials.

“Gelernt and Herzog discussed the role of pro bono in family separation litigation, as well as pro bono collaborations between nonprofit organizations and private law firms more generally,” said Andrea Marsh, director of the Mithoff Pro Bono Program, who organized and moderated the conversation. “It was great for our students to learn about how these two different career paths can converge and end up working together, and about how these pro bono collaborations can benefit both nonprofit organizations like the ACLU and private law firms like Paul Weiss that volunteer to work with them.”

Gelernt’ s visit as a G. Rollie White Public Interest Scholar in Residence was supported by a generous gift from the G. Rollie White Trust. The program brings outstanding legal scholars, practitioners, and advocates from the field of public service to Texas Law to foster discussion of issues related to public interest law, to raise the profile of lawyers working in this area, and to encourage students to view public service as an honored and expected part of every legal career. Gelernt is Texas Law’s ninth G. Rollie White Public Interest Scholar in Residence. 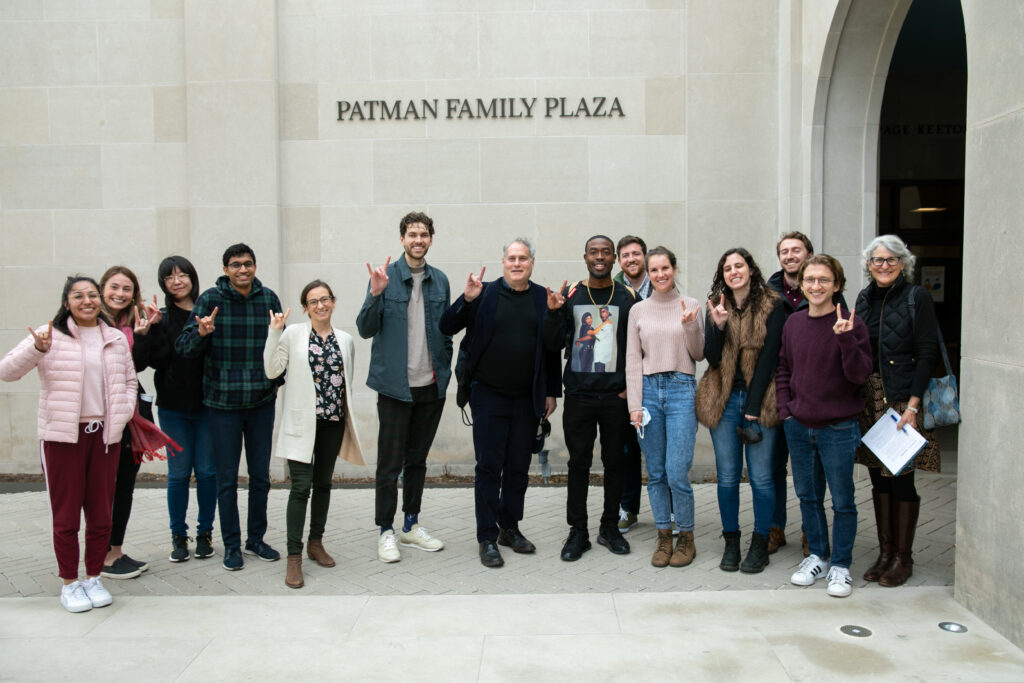