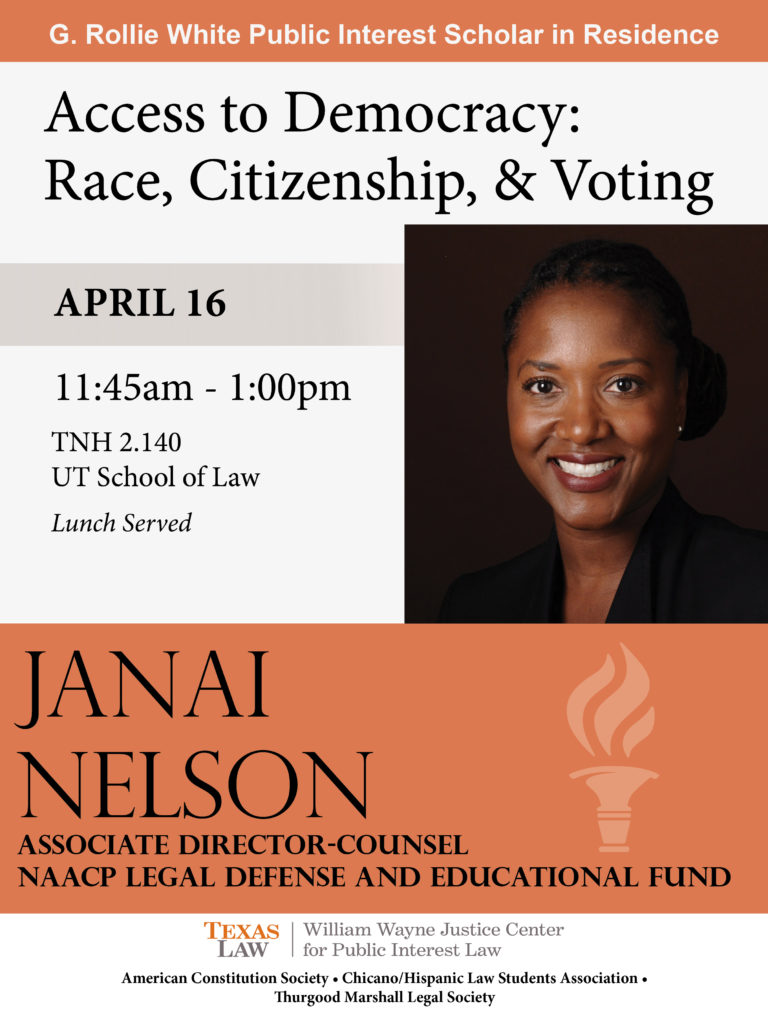 On April 16-17, the Justice Center hosted Janai Nelson as the G. Rollie White Scholar in Residence. Nelson is the associate director-counsel for the NAACP Legal Defense and Educational Fund. Her primary areas of legal specialty are civil rights and voting rights law.

During her visit, Nelson gave a lecture to a large audience of students, faculty and community members entitled “Access to Democracy: Race, Citizenship and Voting.”  Nelson’s talk focused on the plan to add a question about citizenship to the upcoming U.S. census and included an overview of how the census historically has counted people of color and the importance of an accurate count to the fair allocation of resources and political power. While at the law school, Nelson also met individually with students and led meetings about law school pipeline programs and prison-based gerrymandering.

After two judicial clerkships, Nelson started her legal practice at LDF as the 1998 NAACP LDF/Fried Frank Fellow and later worked as director of LDF’s political participation group.  She left LDF for several years to become a professor at St. John’s University School of Law, where she also served as Associate Dean for Faculty Scholarship and Associate Director of the Ronald H. Brown Center for Civil Rights and Economic Development. During her eight years at St. John’s, Nelson assisted in the direction of The Ronald H. Brown Prep Program for College Students, an award-winning law school pipeline program. 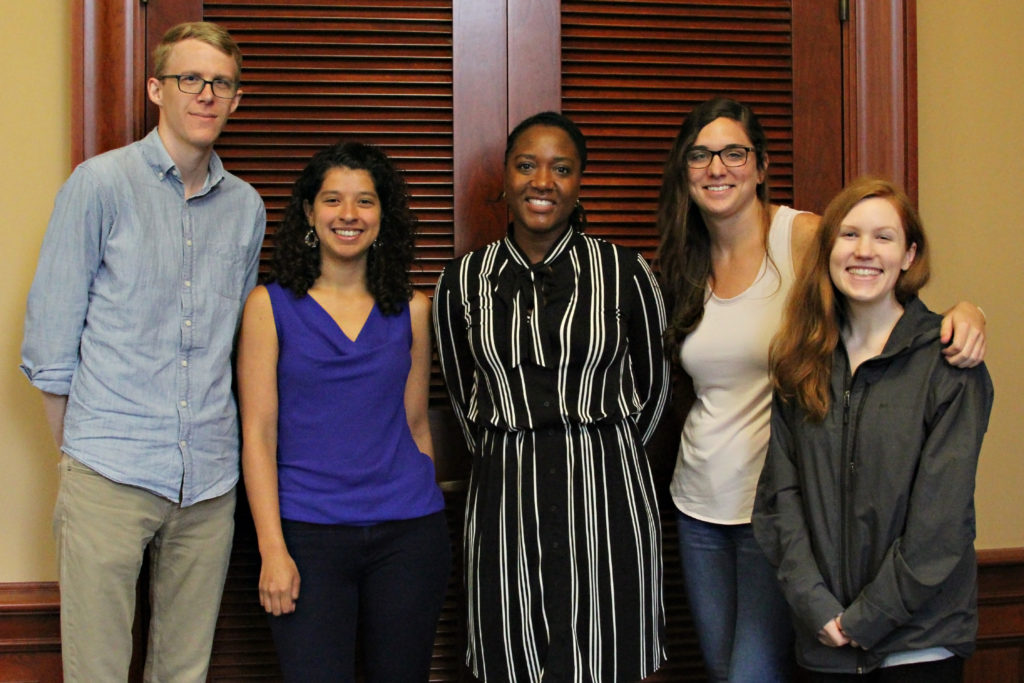 Nelson has published on issues of election law, democracy, race, and criminal justice, and is a contributor to Thomson Reuters and Huffington Post.  Ms. Nelson has also appeared on CNN, InsideOut, public radio and other media as an election law expert and regularly speaks at conferences and symposia nationwide.

Nelson’s visit as a G. Rollie White Public Interest Scholar was supported by a generous gift from the G. Rollie White Trust. The program brings outstanding legal scholars, practitioners and advocates from the field of public service to Texas Law to foster discussion of issues related to public interest law, raise the profile of lawyers working in this area, and encourage students to view public service as an honored and expected part of every legal career. Nelson is Texas Law’s eighth G. Rollie White Public Interest Scholar. 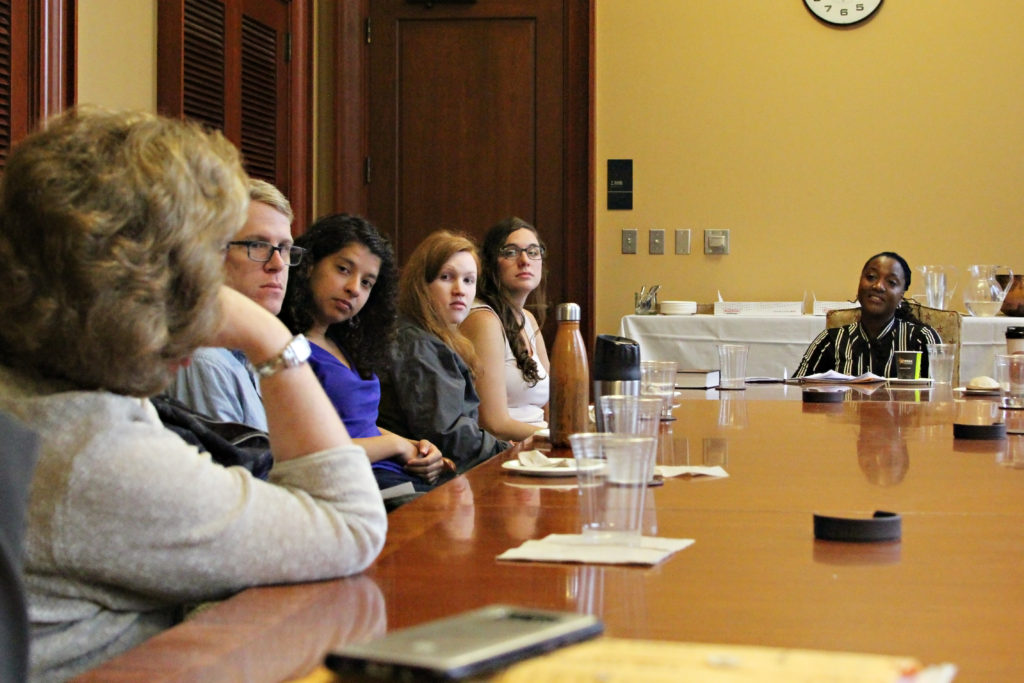