This fellowship honors the life and work of Charles Moyer, whose professional career has been devoted to the international protection of human rights, and who was the first Secretary of the Inter-American Court of Human Rights. It has been awarded annually since 2012 by the Bernard and Audre Rapoport Center for Human Rights and Justice at the University of Texas School of Law. 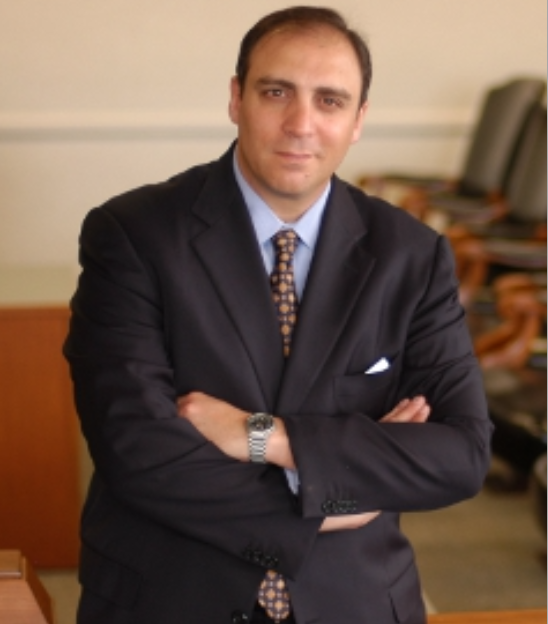 The fellowship is made possible by the generous contribution of Scott Hendler and Lulu Flores of Hendler Flores Law, PLLC, an international plaintiffs' trial firm based in Austin, Texas. Mr. Hendler completed the first post-graduate internship at the Inter-American Court of Human Rights in 1983-1984 under the guidance of then-Secretary of the Court Charles Moyer. Mr. Hendler established the fellowship to honor the guidance and influence of his life-long friend, and to enable law students to advance the goals and values to which Mr. Moyer has dedicated his life.

"Every one of these young lawyers-to-be who steps into the role of human rights advocate, even for a summer, creates "a tiny ripple of hope..."*, Hendler notes. "I can honestly say that I can't think of anything I have ever done that has given me more satisfaction."

*This phrase is from a speech Robert Kennedy gave in South Africa in 1965 talking about young people being the future hope of the world: "It is from numberless diverse acts of courage and belief that human history is shaped. Each time a man stands up for an ideal, or acts to improve the lot of others, or strikes out against injustice, he sends forth a tiny ripple of hope, and crossing each other from a million different centers of energy and daring those ripples build a current which can sweep down the mightiest walls of oppression and resistance."

Read about current and previous fellows below. 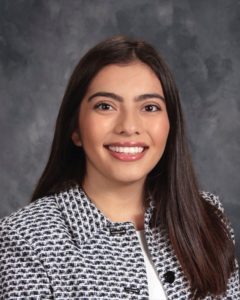 During my time as a Moyer Fellow, I had the opportunity to work with a phenomenal team at the ACLU of Texas that worked on immigration, reproductive, voting, LGBTQ+, and smart justice issues that are currently affecting the people of Texas. Throughout this journey, I was grateful to work on present issues, ranging from the ongoing protests to the difficulties occurring in detention centers. My experience working with vulnerable populations being affected by COVID-19 and seeing how many of these issues are cross-related have strongly impacted me.

Being a Moyer Fellow gave me the opportunity to learn about the continuous efforts in the legal sector to protect the rights of individuals. My time at the ACLU of Texas gave me the chance to chance to advance my legal education by improving my legal research skills and interviewing skills, along with others. I learned from great mentors who were more than helpful in showing me the application of law in a multitude of ongoing cases and other matters. I am grateful for the Charles Moyer Human Rights Fellowship and for Mr. Charles Moyer’s dedication to human rights advocacy. This opportunity has allowed me to learn the vast responsibility and honor that comes along with working in the human rights sector of the legal field. 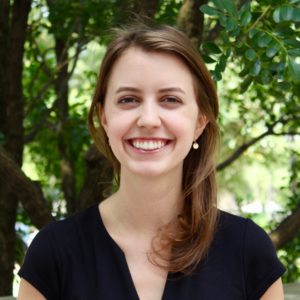 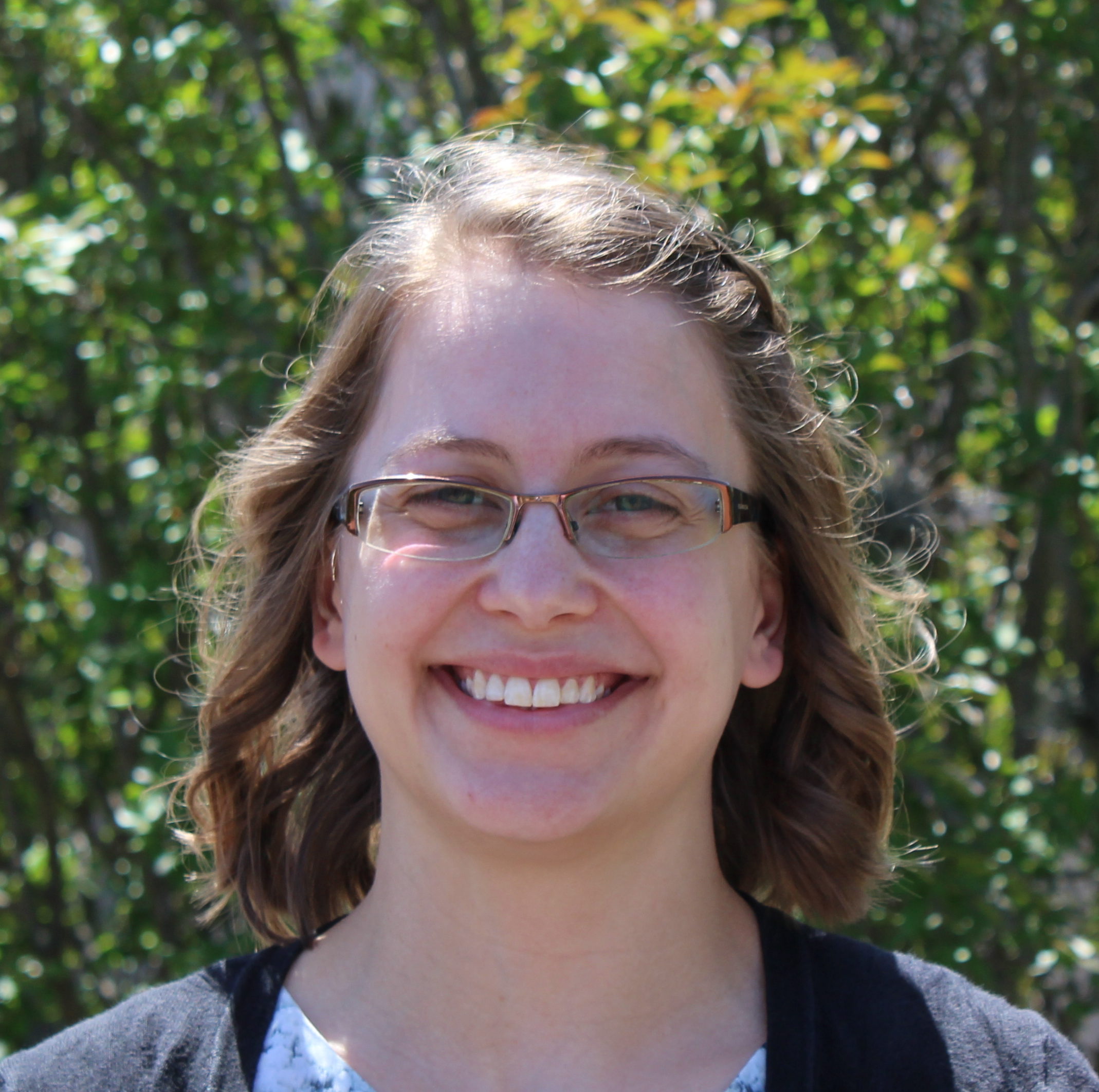 My time working with noncitizens in removal proceedings allowed me to put the education I had obtained in my first two years at Texas Law into practice and to expand upon my knowledge and skills through firsthand advocacy under the supervision of passionate attorneys. I will carry the lessons I learned during my summer as a Moyer Fellow with me throughout my legal career. My experience as a Moyer Fellow inspires me to continue to fight for the recognition and protection of everyone’s human rights, particularly the human rights of noncitizens. 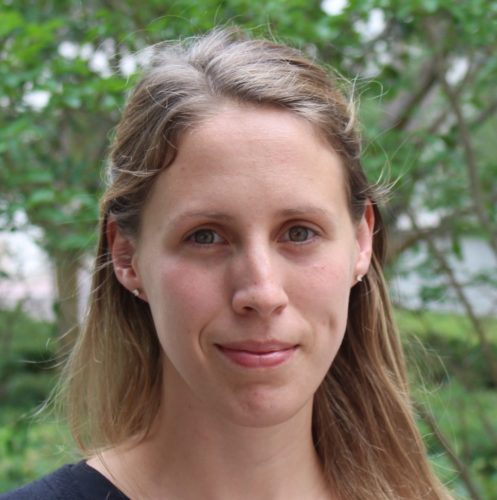 As a Moyer Fellow, I worked with the South Texas Pro Bono Asylum Representation Project (ProBAR) to provide legal services to immigrants detained at the Port Isabel Detention Center in Los Fresnos, Texas. The work was immensely gratifying, as the vast majority of detained immigrants in removal proceedings do not have access to legal counsel. Moreover, the legal experience I gained at ProBAR has been invaluable in my subsequent studies and work in immigration law. 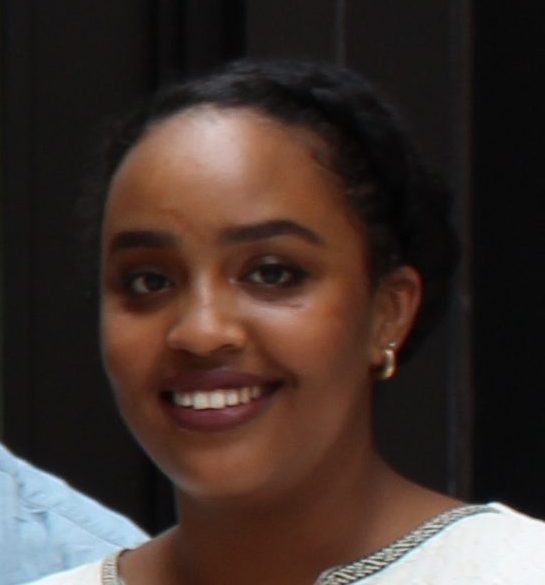 As a Moyer Fellow, I worked in the constitutional litigation unit at the Legal Resources Centre in Cape Town, South Africa. My favorite experience included the time spent researching customary law, which in South Africa is held to the same standard as common law. It was exciting to use the communities’ own history and practices, untangled from Apartheid policies, to restore their agency.

I wrote a memo examining past State apologies for genocide or colonial violence in order to strengthen a land rights case by the Hai//om, researched provincial and magisterial planning documents to determine if evictions in the Eastern Cape Province were constitutional, and prepared a memo on the illegality of a local chief's use of a private militia to enforce his will on his community.

This internship provided me with the inspiration and motivation to pursue a career in human rights. I worked with a very dedicated team that fought tirelessly for the rights of others. I learned to articulate that this fight is for inalienable rights that all humans have, irrespective of location or circumstance.

I had lunch with Mr. Hendler before I left for my internship. During the lunch, he spoke of his experiences in Central and South America and how nostalgic he was when he thought of those experiences. I decided then that I would pursue opportunities that interested me and allowed me to practice the kind of law that gave me that same fulfillment. 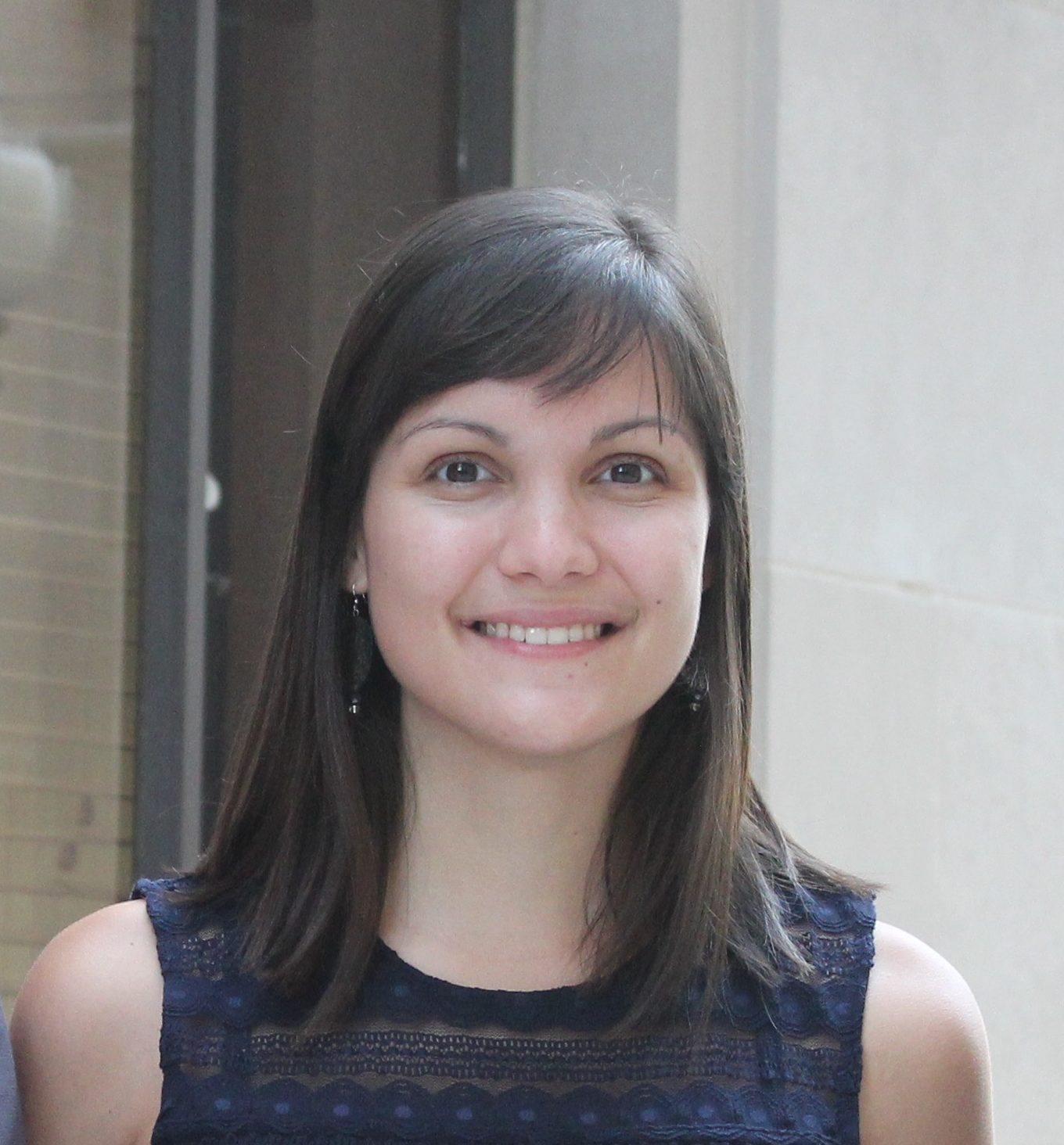 As a Moyer Fellow, I worked at the Inter-American Court of Human Rights. I especially enjoyed working on a couple of provisional measures cases about enforced disappearances, and attending sessions in July. The experience has strongly shaped my subsequent trajectory: it was my first real exposure to substantive human rights law, and fueled my interest in working in the Inter-American system in the future. I met both Charles Moyer and Scott Hendler.

I met Mr. Moyer while in Costa Rica; he and his wife were extremely welcoming, and full of stories about the Commission and Court in the 1970s and 1980s. I appreciated Mr. Moyer's frank perspective on the benefits and challenges of working at the Court, and on its development since the 1980s. I met Mr. Hendler last spring at a lunch in Austin; I enjoyed hearing about his work defending agricultural workers in Central America and how he has managed to integrate international human rights litigation into his domestic practice.

As a Moyer Fellow, I worked for the Robert F. Kennedy Center for Justice and Human Rights in Washington, DC. As an intern with the International Strategic Litigation Unit, I had the opportunity to work with several esteemed human rights advocates, including the department’s director, Santiago Canton. My work included monitoring LGBTQ rights abuses across the African continent (especially Uganda), engaging in legal and policy research regarding immigration by undocumented minors, attending congressional sessions on the Dominican Republic’s nationalization laws alienating Dominicans of Haitian decent, as well as serving as support staff on a variety of other important human rights matters across the globe.

Please thank Mr. Moyer and Mr. Hendler on my behalf. I cherished my time as a Moyer Fellow and appreciate the opportunity presented to me by their generosity. 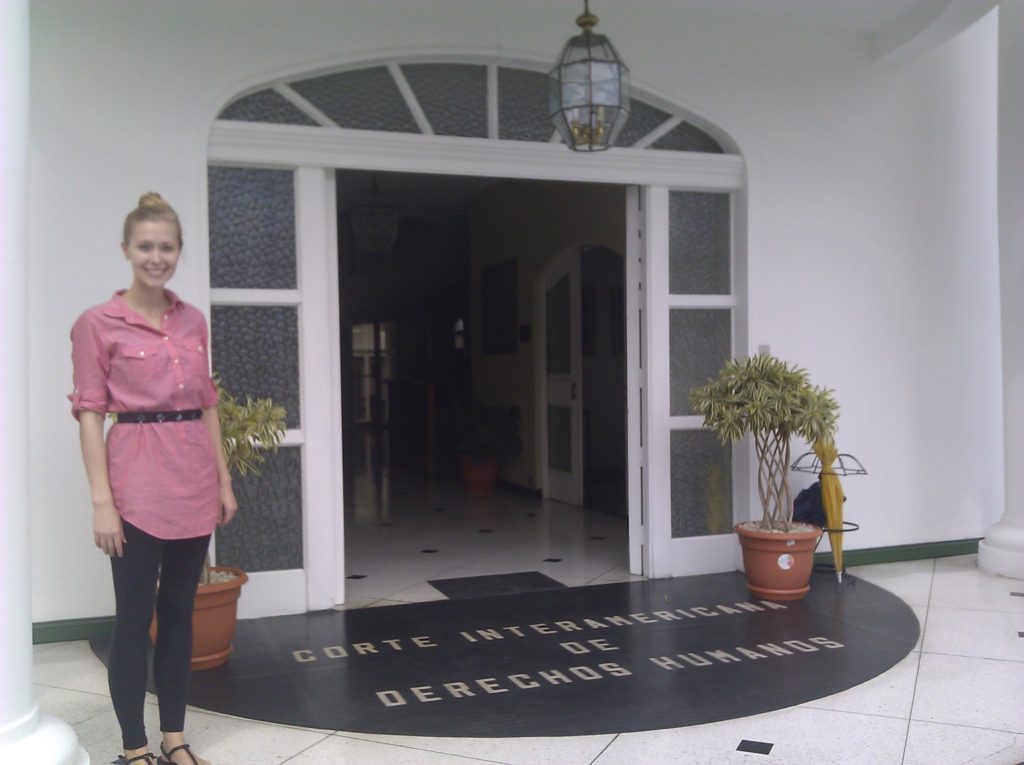 My entire experience as a Moyer Fellow at the Inter-American Court of Human Rights was fantastic. I especially enjoyed working on a team with attorneys and other interns. I learned so much from them, and they were a pleasure to work with. I engaged primarily on research projects, including one about statutes of limitations in Latin America, and edited a variety of different documents. I enjoyed the work immensely, and it prepared me well for my judicial clerkship following graduation.

I had always wanted to learn more about human rights abuses in Latin America to inform my practice as an immigration attorney. I currently specialize in asylum cases from Central America, and my time at the Inter-American Court was informative and enriching.

While in Costa Rica, I met Charles Moyer and his wife. They invited me and another student over to their home for lunch. They were kind, and Mr. Moyer provided a great historical background of the Court. 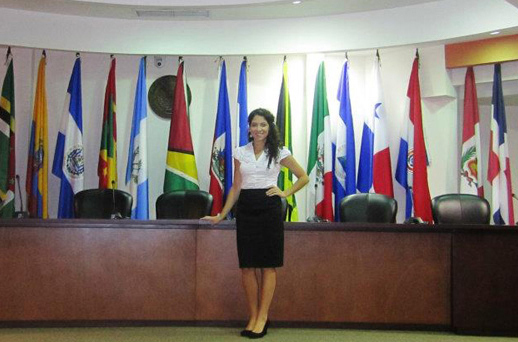 As a Moyer Fellow, I was a summer intern at the Inter-American Court in Costa Rica. My favorite experience was observing the hearings. I also had the opportunity to assist the Court with drafting judicial opinions.

My experience at the Court helped me improve my writing and advocacy skills, and had a significant impact on my performance as a judicial law clerk and practitioner. I was exposed to various international human rights issues that shaped my understanding of the Inter-American system and its impact domestically and abroad.

I met Mr. Moyer and his wife on various occasions. I also met his daughter Erika, who was studying in Canada at the time. They are a lovely family and made my stay in San José very memorable.

Read about our other human rights fellowships here.