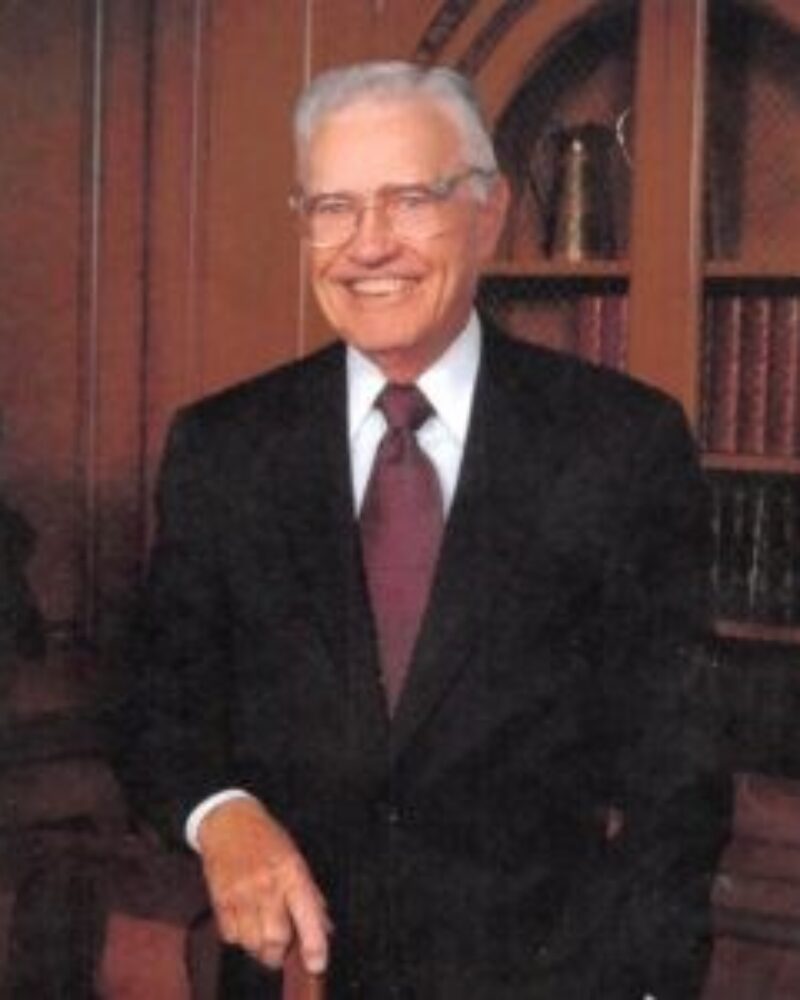 Starling Thomas “Tom” Morris died Monday, Oct. 4, 2021 at age 101. Morris entered Texas Law in 1939 and paused to serve in the U.S. Navy Air. He returned to graduate in 1946 and then taught at the law school for two years. In 1948 he began his law practice and went on to join the firm of Gibson, Ochsner and Little where he practiced from 1950 to 2003. He then practiced with the Underwood Law Firm until his time of death. His law practice brought many achievements and honors. Perhaps his greatest achievement was his victory in 1966, in the U.S. Supreme Court in the landmark case of Graham v. Deere, which established the law of non-obvious subject matter in patent cases, and remains the law today after 55 years.