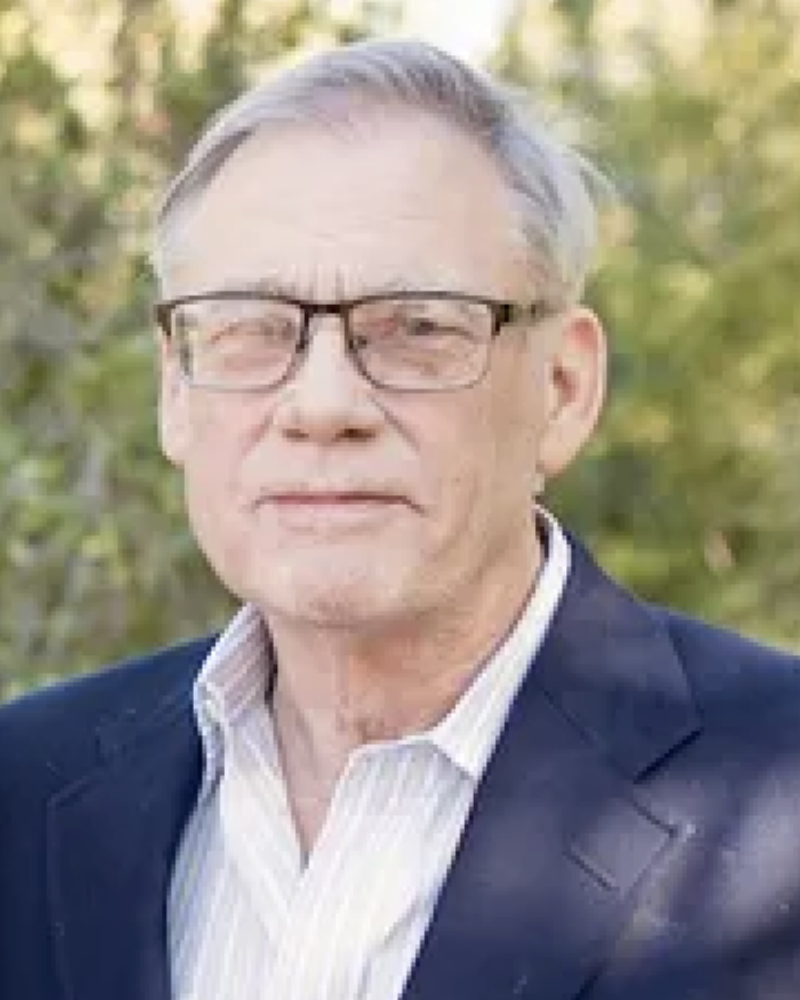 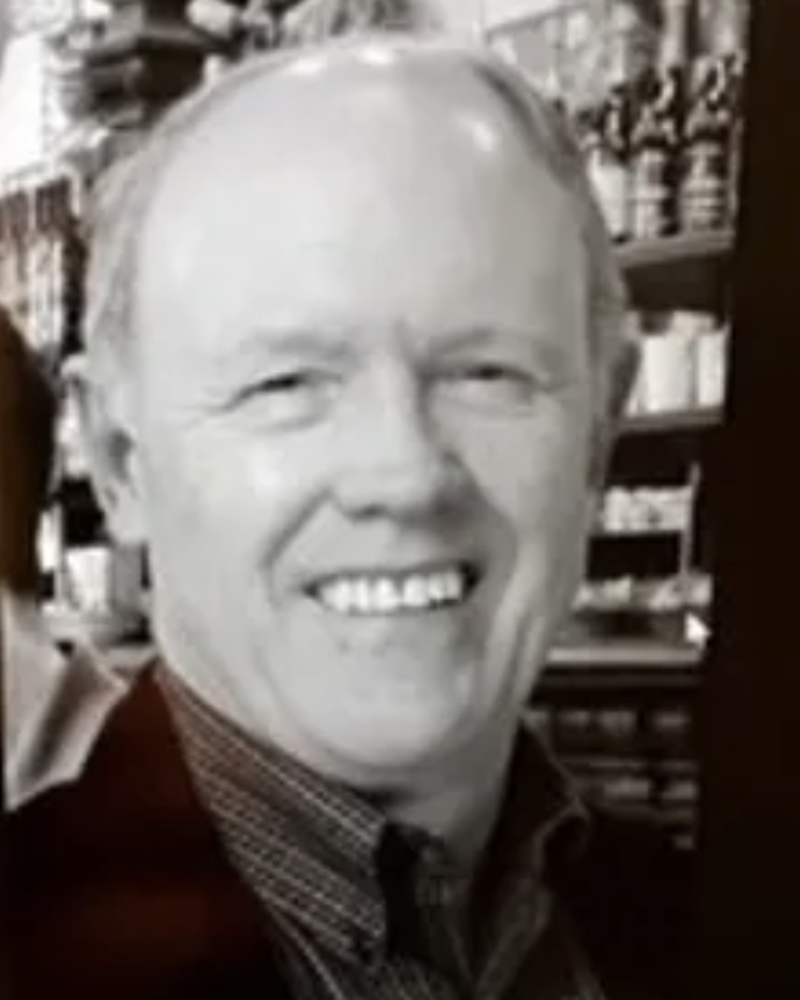 Leland Smith passed away on Nov. 22, 2022. After graduating from Texas Law, he began his career at the Texas Comptroller’s Office.  Smith eventually moved on to Clark, Thomas and Winters, working there until his retirement. 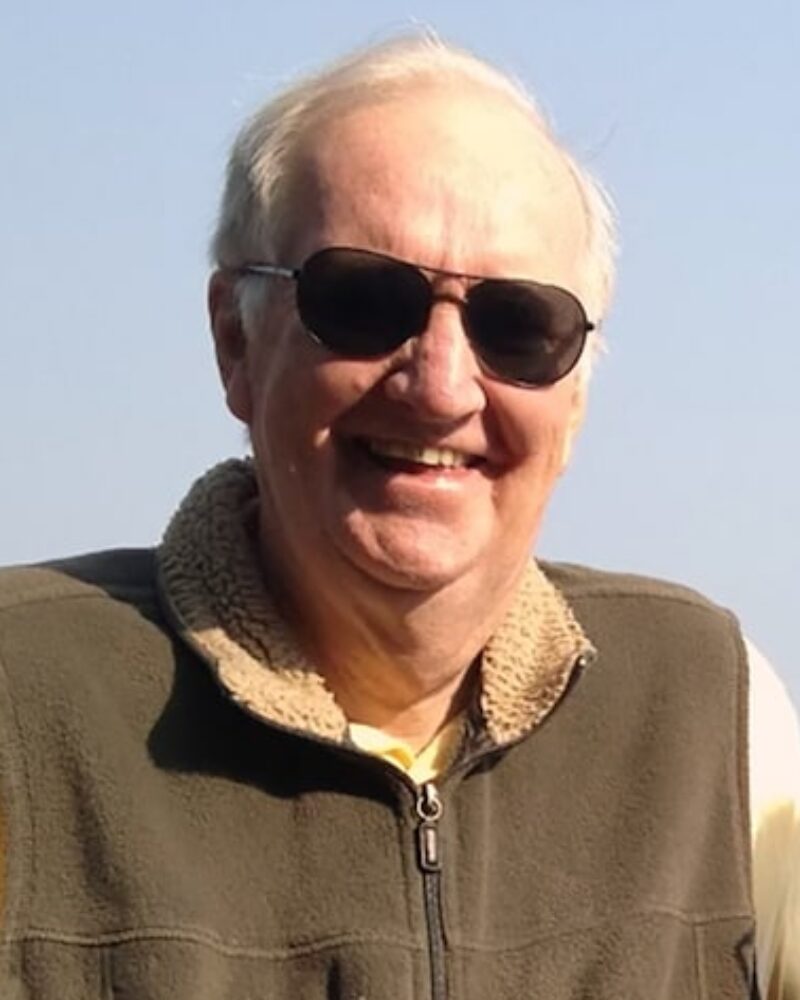 David Beckwith passed away in Austin on Oct. 2, 2022. After graduating from Texas Law, Beckwith worked at Time Magazine where he notably reported the Supreme Court’s original Roe v. Wade ruling before the decision came out. He went on to serve as founding editor of the Legal Times and a spokesperson for several elected officials. 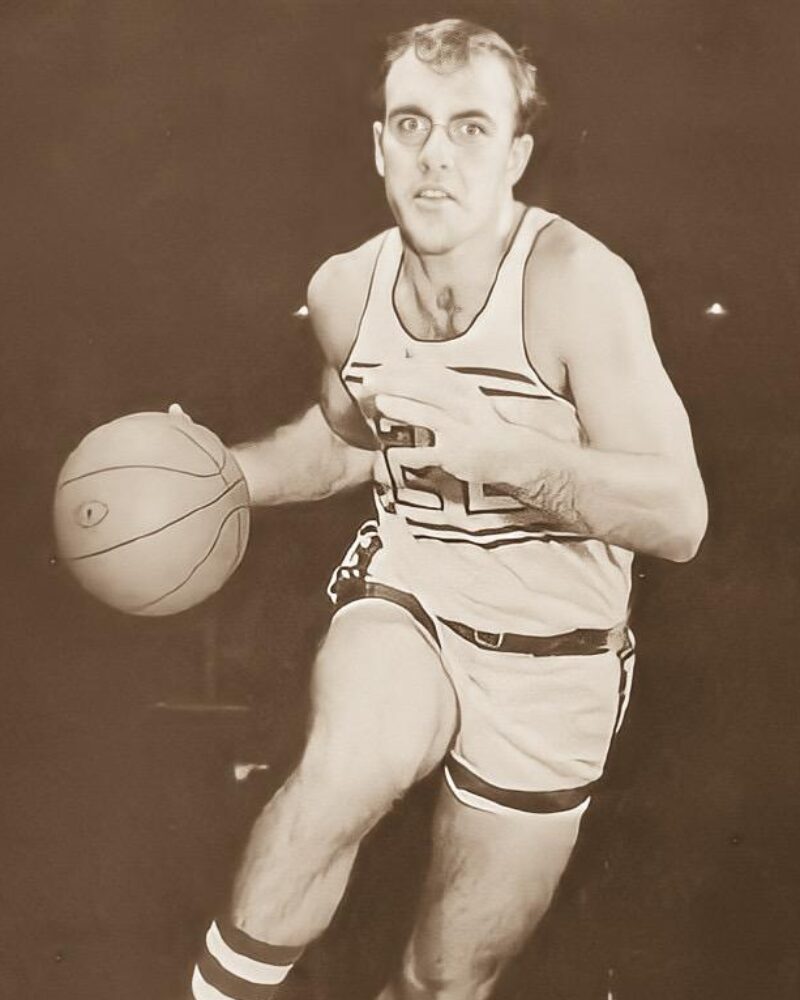 Wayne Kreis was inducted into the Panhandle Sports Hall of Fame. Kreis played basketball at TCU and was named to the All-Southwest Conference First Team as a junior and the Frogs’ MVP. In his career, Kreis served as a lawyer and entrepreneur in oilfield technology before his death in 2019. 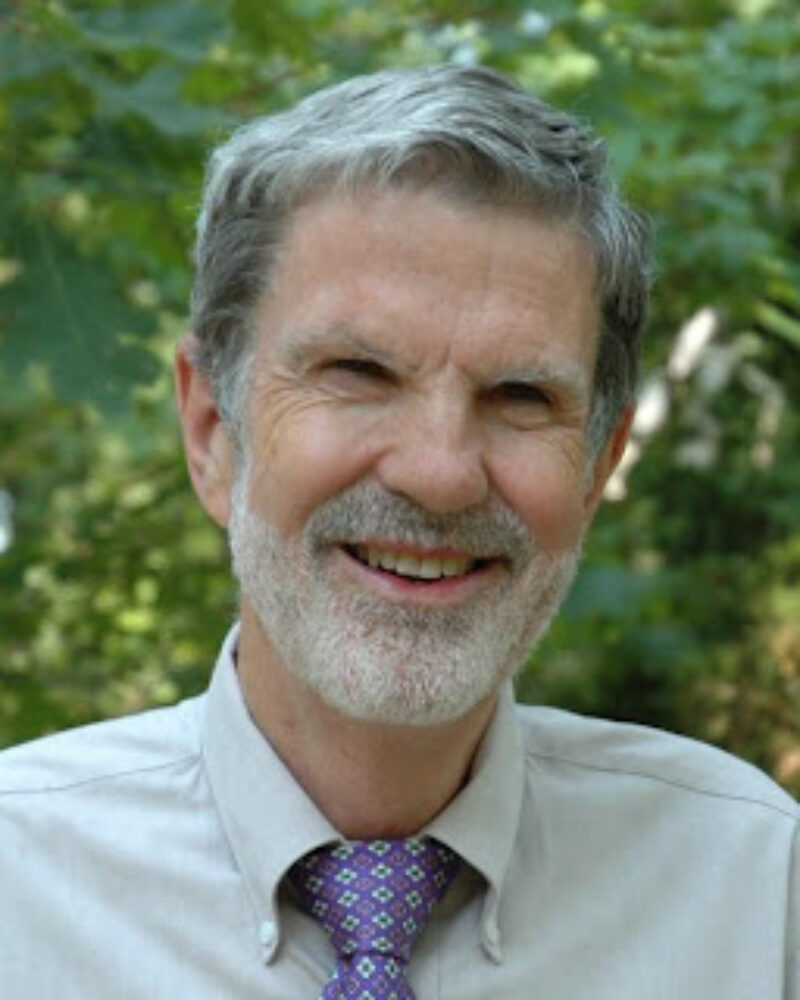 Joe Tom Easley passed away on Feb. 13, 2022, in Miami. A legal lecturer and LGBT and human rights activist, Easley’s legal work spanned a wide variety of areas including civil rights, Pentagon policy, and drug company price fixing. He was the board co-chair of the national non-profit organization Lambda Legal Defense, and served in a leadership role with the Miami Design Preservation League. 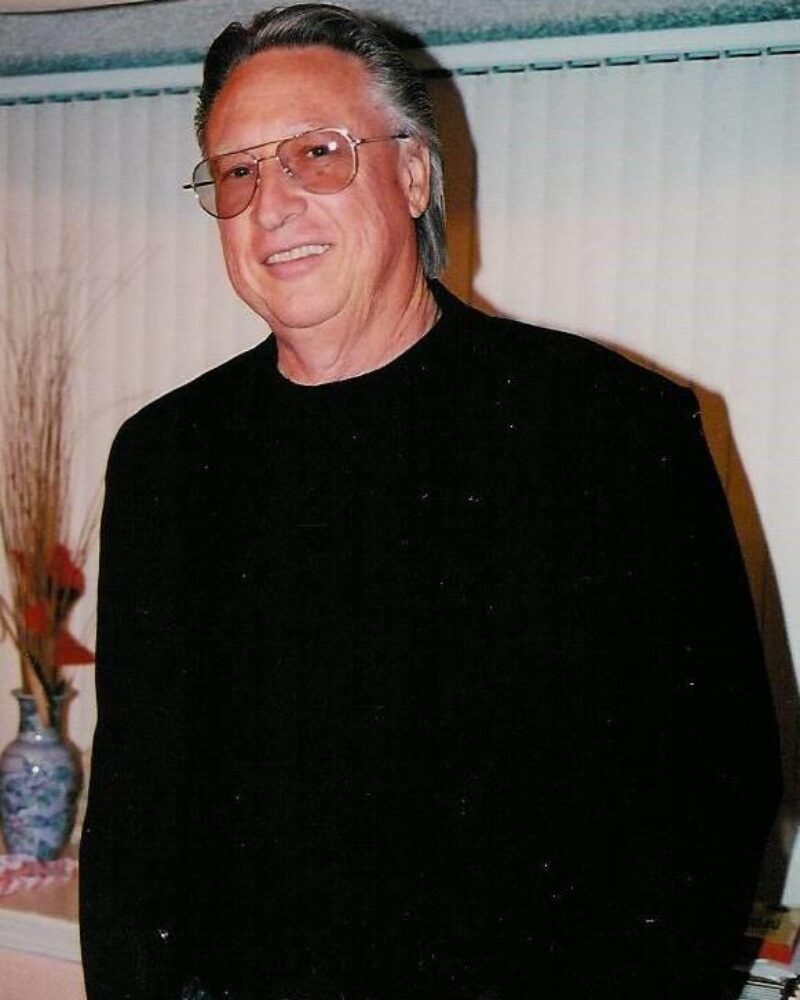 Charles Wayne Chapman passed away on Dec. 7, 2021. Chapman was a lawyer for 42 years and was a former district attorney in Hays County, Texas, elected by the community. He taught at Southwest Texas State University for 14 years. He later moved to the Lower Rio Grande Valley and continued to work as a university professor for 21 years. 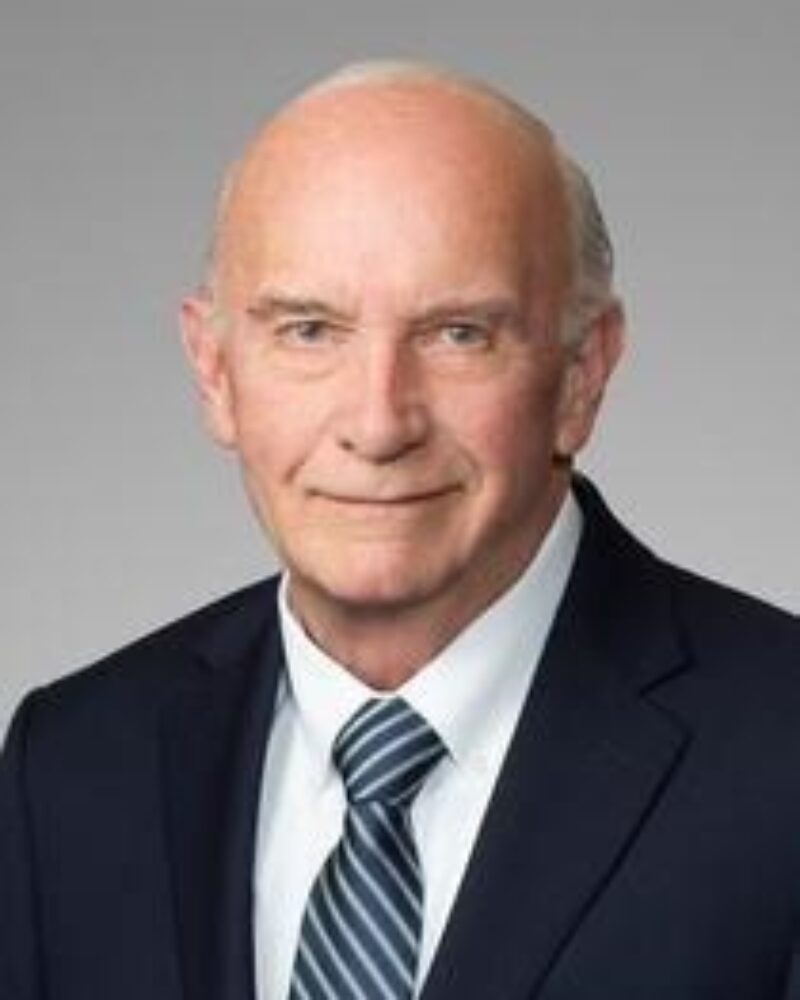 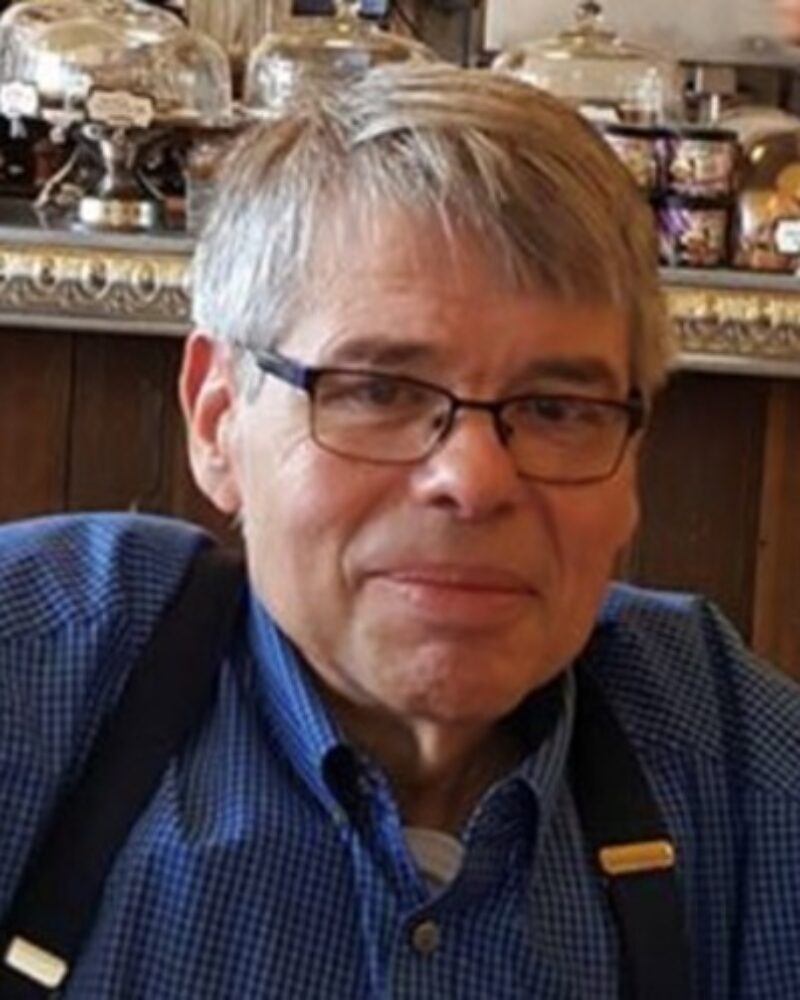 Martin Tyckoski passed away on July 21, 2021. Tyckoski received his undergraduate degree from Michigan State University in accounting before graduating from Texas Law. After law school, he was a sole practitioner in Flint, MI specializing in probate law for nearly 50 years, eventually transitioning his practice to his friend and colleague, Eric Mead. 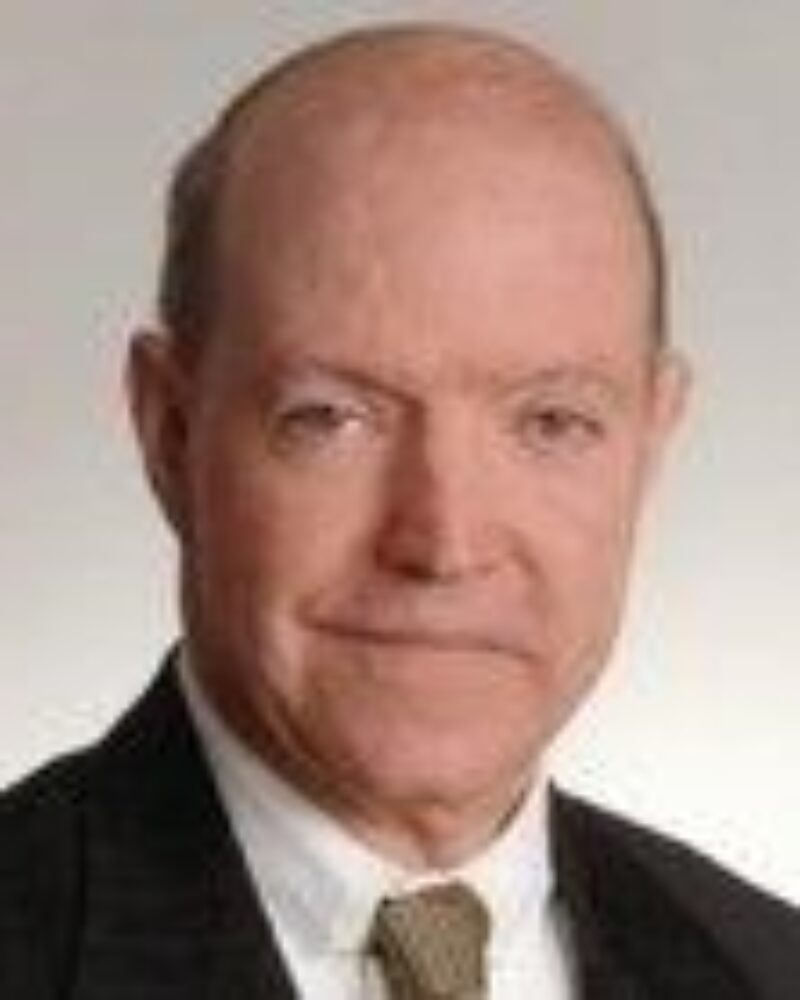 Justice John Sharp Anderson died on June 22, 2021 in Houston. Anderson served in the 71st Brigade (Airborne), Texas National Guard and in the U.S. Army Reserve. Following Law School, he worked as an attorney in the energy business until 1989, where he left to join Anderson, Brown and Jones where he practiced law with his father, representing both plaintiffs and defendants. He later ran successfully for a position on the Fourteenth Court of Appeals and was sworn in on January 1, 1995, where he served for 17 years. 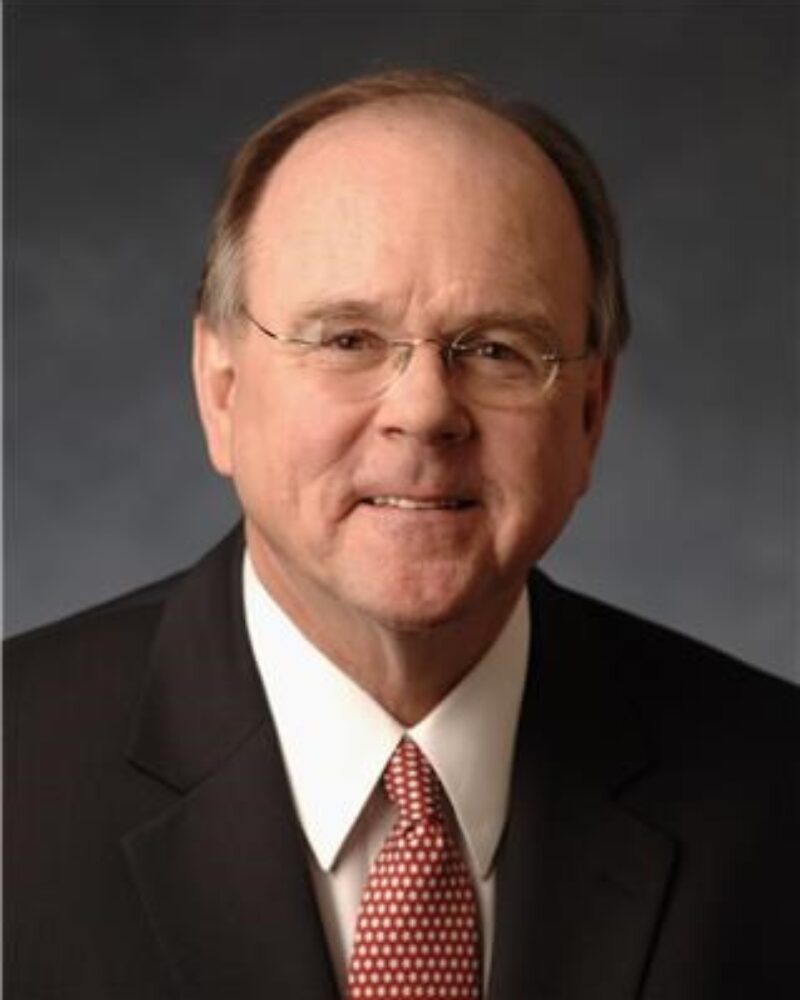 Robert “Bob” Erle Wehmeyer, Jr. passed away on April 19, 2021. Wehmeyer was a double Longhorn who practiced law in San Antonio for more than 30 years with the firms of Groce, Locke & Hebdon and Baucum Steed Barker. More recently, he spent 15 years at Jefferson Bank, where he served as Division President, Jefferson Bank Trust. Philanthropically, Bob had served as president of the board at Sunshine Cottage School for Deaf Children, president of the board of Friends of McNay, and on the board of Morningside Ministries. 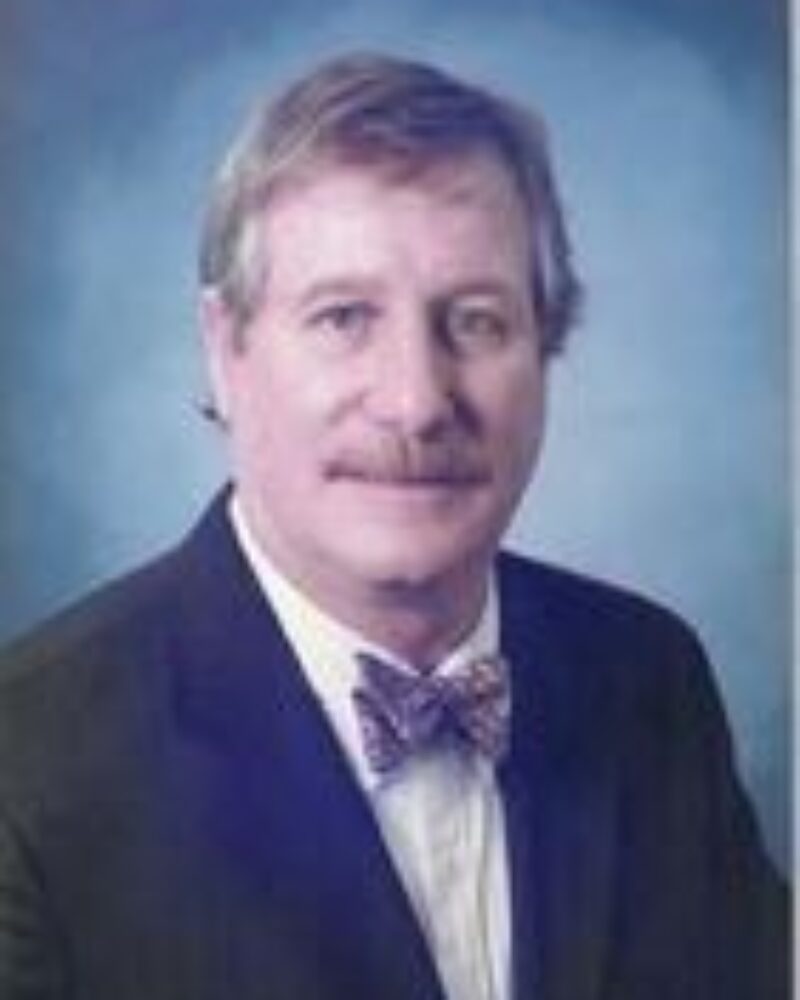 Marshall Joseph Day passed away on April 14, 2021 at age 74. Day spent most of his career practicing law with his father, Joe Day, Jr., in Fort Worth. Marshall Day’s clients could always count on his empathy, compassion, and his vigorous representation. His family and friends remember his persistent sense of humor, and his obsession with University of Texas athletics, especially football. 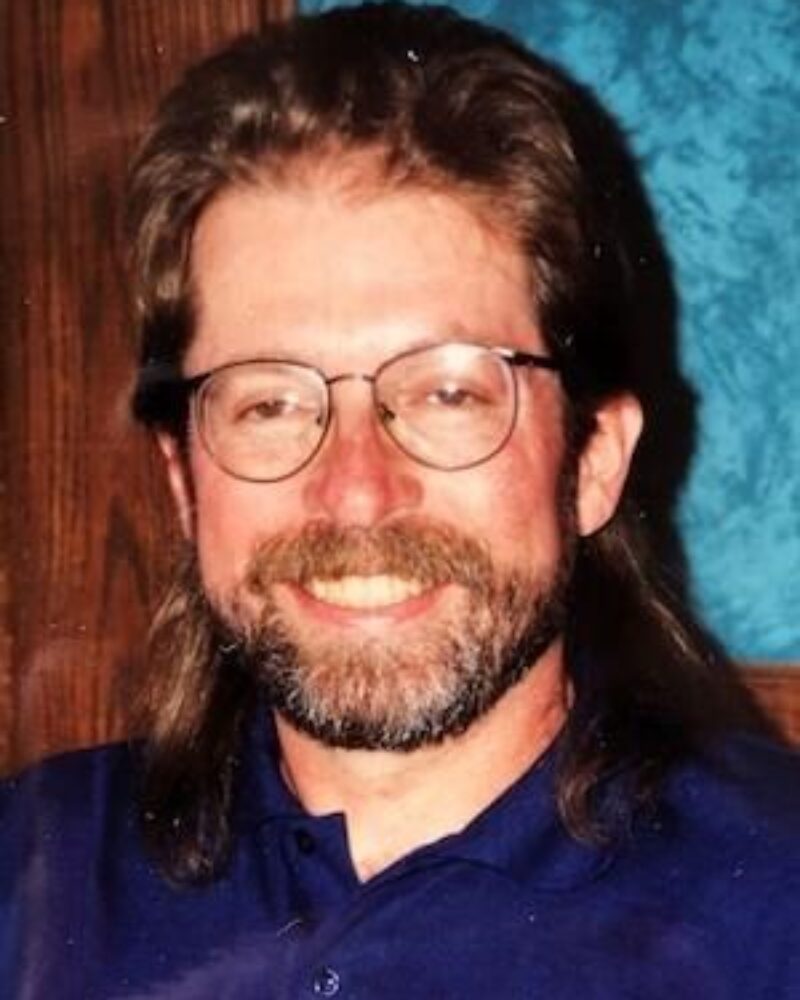 William Jeffrey Demarest passed away at the age of 74 on March 24, 2021, after a long battle with numerous illnesses. Demarest obtained his undergraduate degree from The University of Texas at El Paso, and his law degree from Texas Law. Although he had his law degree he didn’t limit himself to the practice of law, instead he led a rather eclectic life, as the owner/operator of Wee Tam Head Shop, world traveler, survivor of a small plane crash in the hill country of Texas, avid canoer, and spent his final work years as a CNC computerized punch press programmer and operator in Providence, Rhode Island. 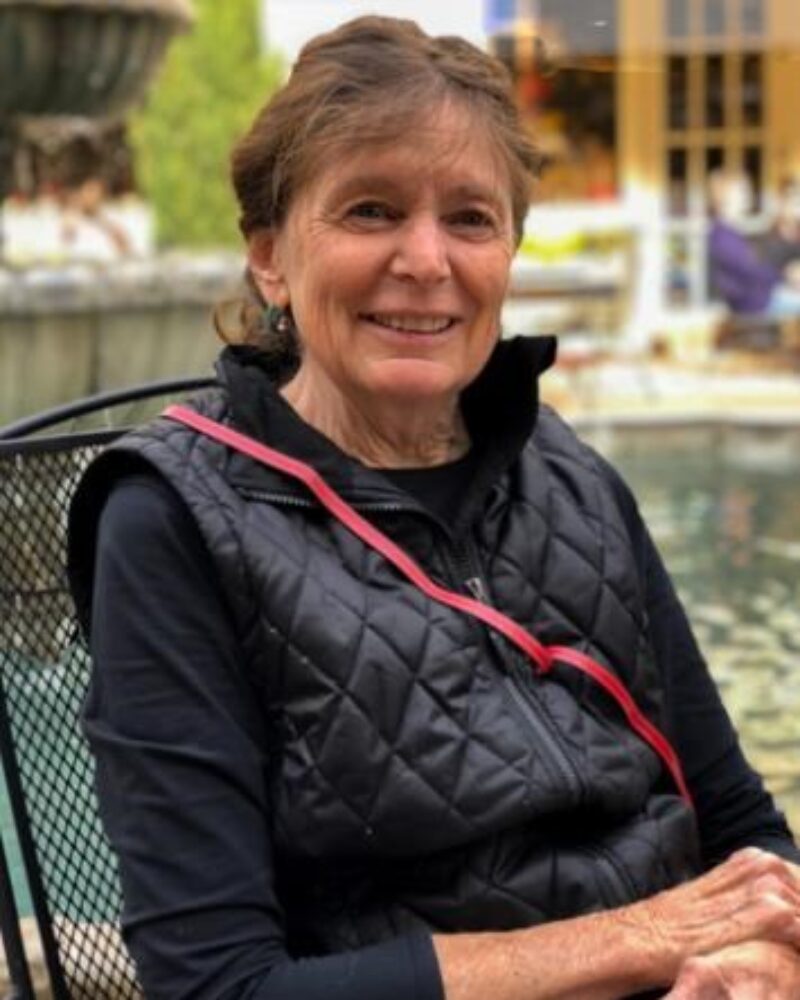 Emily Martha Calhoun passed away peacefully in her Boulder, CO home on March 27, 2021. She began her law career as a civil rights lawyer for the Southern Regional Office of the American Civil Liberties Union in Atlanta, GA. However, Calhoun’s major impact in law was as a teacher and mentor to hundreds of students in the classroom as an Assistant Professor of Law at the University of Georgia Law School (5 years) and as an Associate Professor (11 years) and Professor of Law (24 years) at the University of Colorado Law School. While at the University of Colorado, she took leave from the Law School for three years to serve the university as an Associate Vice President for Human Resources. 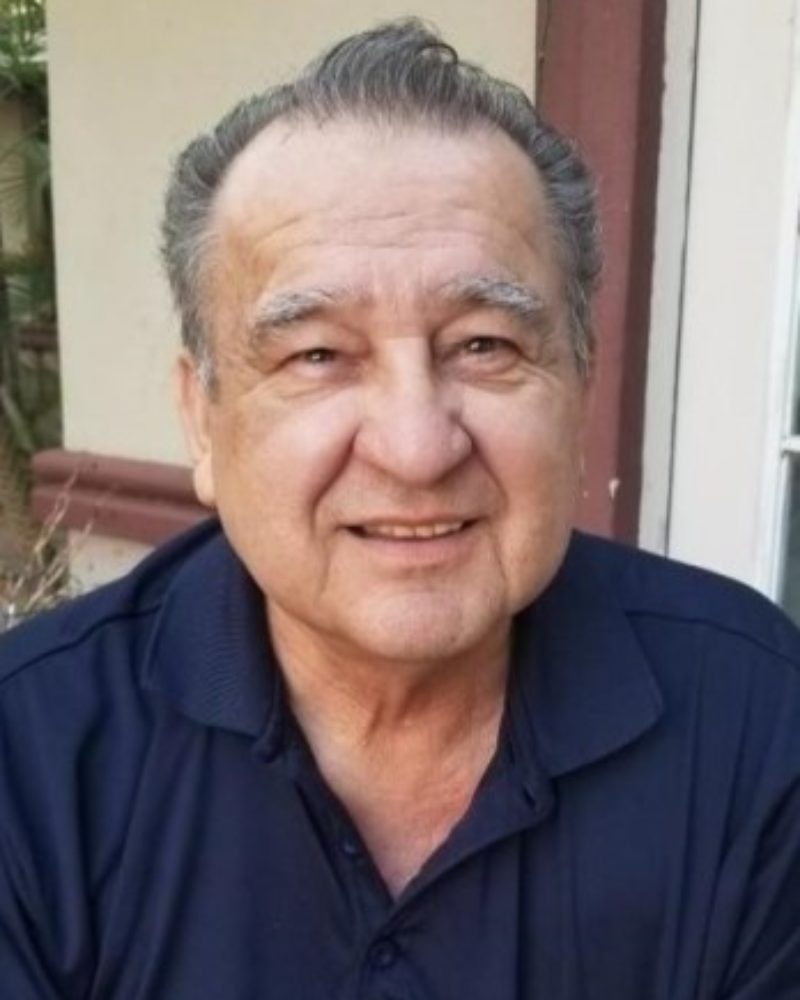 Oscar Alaniz Palacios, 75, died in December 2020 at his home in San Juan, TX, after a long battle with cancer. He was a proud Longhorn, graduating from the University of Texas at Austin with an BS in Political Science in 1969 and the University of Texas School of Law, receiving his JD in 1971. Palacios inspired generations in his family as a lifelong Longhorn fan and a Texas Ex. Oscar began his law career in 1972 with the F.B. Godinez law firm in Lubbock, Texas. He then founded his own law firm in 1974 in Pharr, TX, practicing law for 48 years. 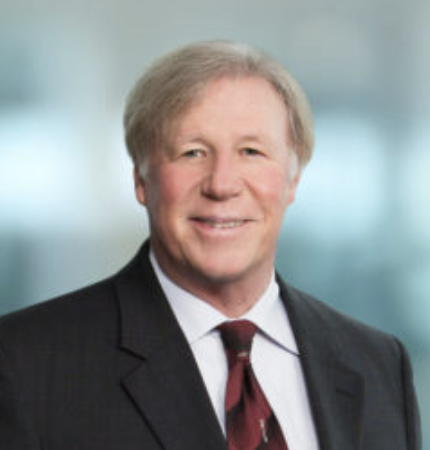 D. Ronald Reneker was recently named to the 27th edition of The Best Lawyers in America. 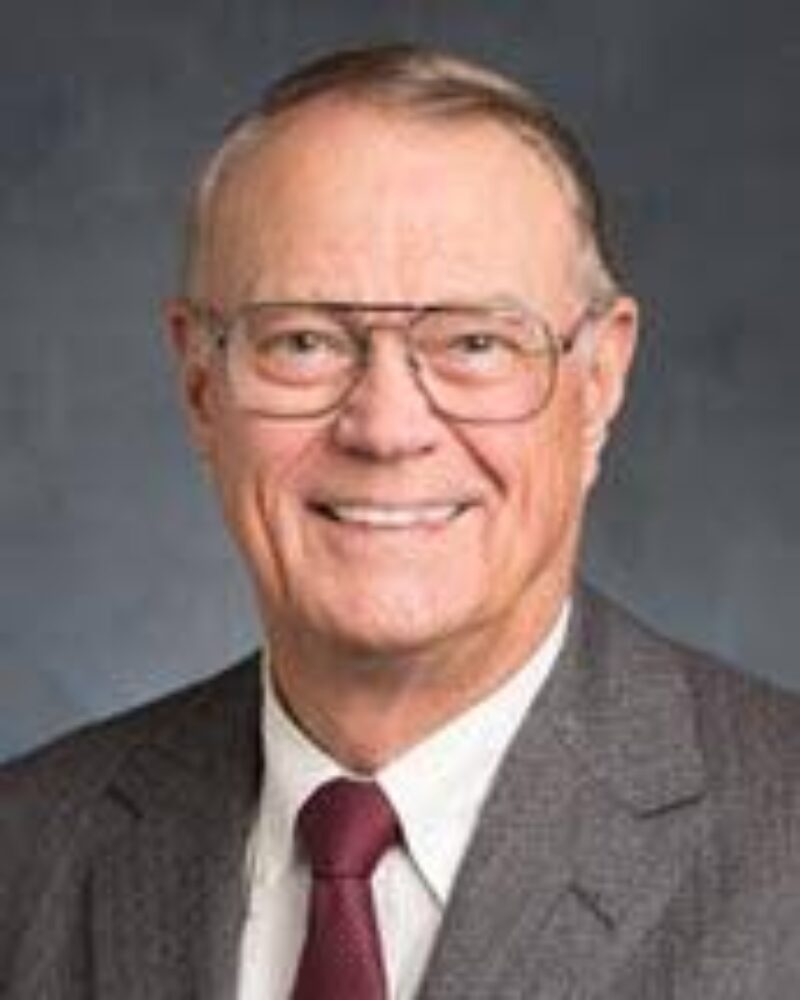 Texas Law alum Duncan Osborne had the honor of delivering the Trachtman Lecture at the annual meeting of the American College of Trust and Estate Counsel.

The UK Export Finance Board has announced that, as of January 1, 2017, Noel Harwerth succeeded Guy Beringer as Chair. As part of her role as UKEF Board Chair, she will also be a Non-Executive member of the Department for International Trade Board. Ms. Harwerth comes from a long career in the finance and mining sectors with significant experience in emerging markets. She is the outgoing Chairman of GE Capital Bank Europe, a role she has held since 2011, and a non-executive director at Standard Life plc, the London Metal Exchange, CHAPS Co and Sirius Minerals. Her executive career has included roles with Citigroup International as its Chief Operating Officer, Citicorp, and Dun & Bradstreet. 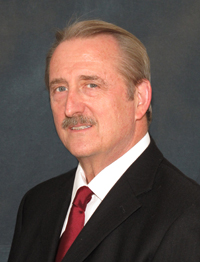 Thompson & Knight LLP is pleased to congratulate Arthur Wright, who was named to the 2016 Who’s Who Legal 100. Wright was recognized for his work in energy law.

Noel Harwerth has joined the board of Sirius Minerals Plc. as a non-executive director. 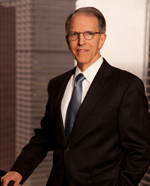 Stephen M. Block has been included on this year’s list of “Top Lawyers” by Houstonia magazine. The list is published in the magazine’s December 2015 issue.