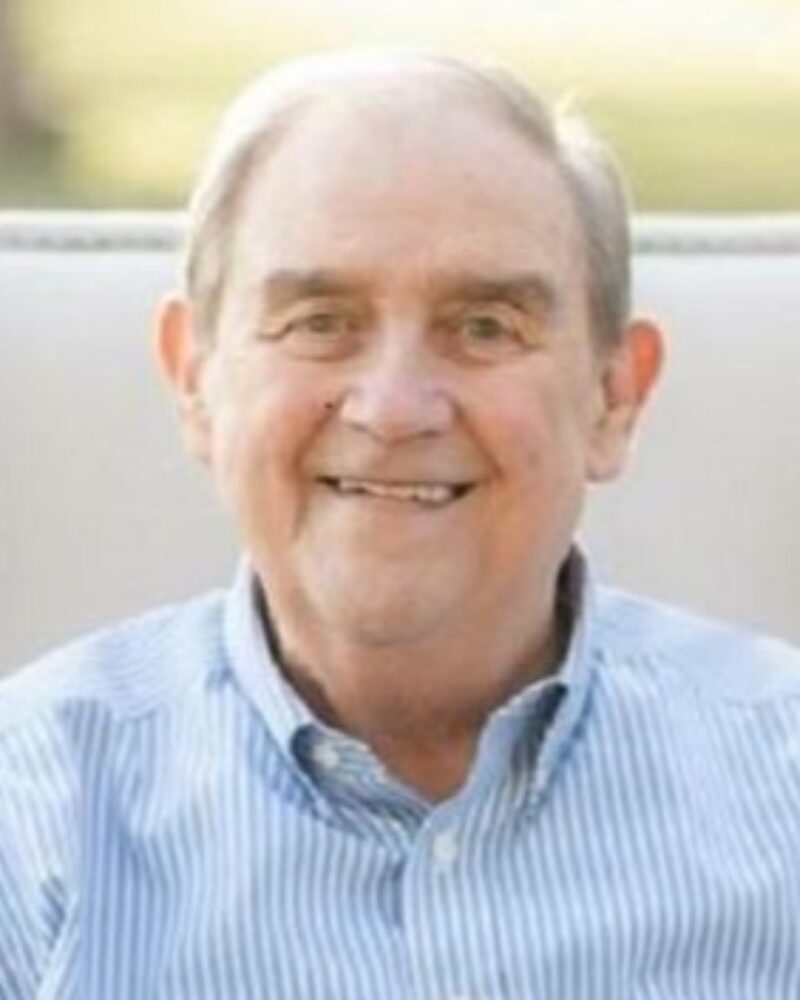 Boone Slusher passed away on Jan. 13, 2023. Slusher had a lengthy legal career, as a partner in the firm Wilkins & Slusher for 20 years, then practicing with his son Chan in the firm Slusher & Associates for 24 years. 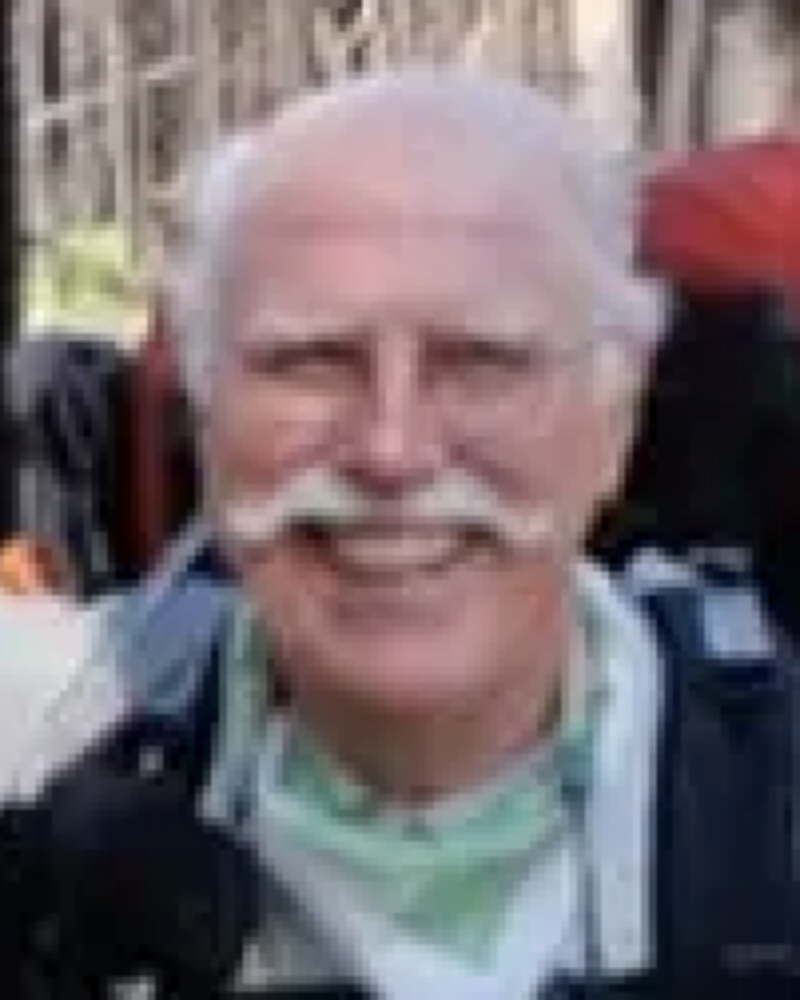 Vernon I. “Skipper” Lay, Jr. passed away on Nov. 22, 2022. His legal career included working for the Railroad Commission and in private practice, focusing on Oil & Gas and Environmental Law. 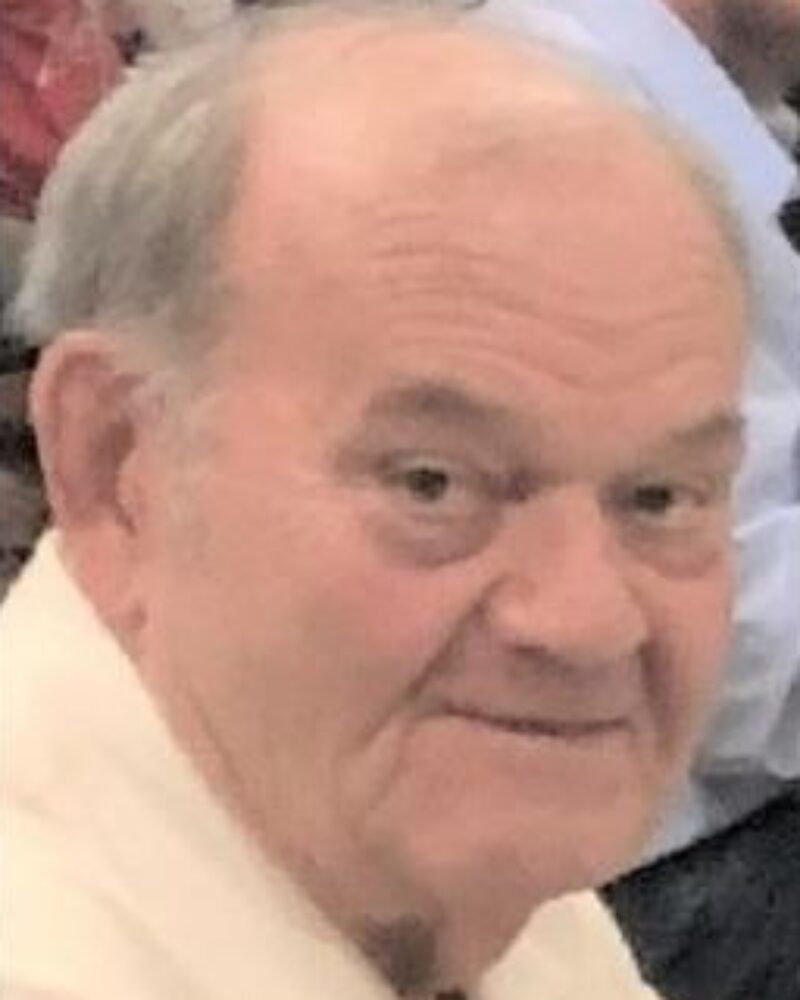 Paul Philbin passed away on Oct. 28, 2022. Philbin was a double Longhorn, attending the University of Texas for his undergraduate degree on a basketball scholarship. After graduating with his law degree, Philbin served in the Army’s Judge Advocate General’s Corps. He later worked with the Texas Water Quality Board and the law firm Smith, Strock & Rowe before opening his own practice. 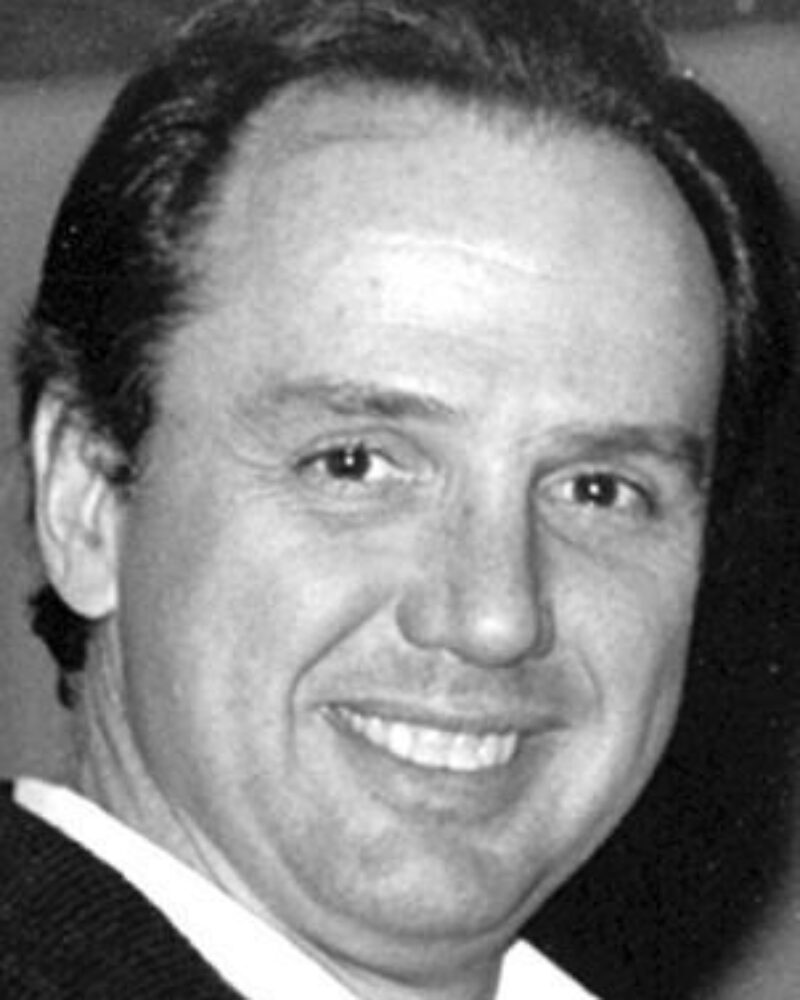 John Younger passed away on August 18, 2022. Described as a “champion of the underdog,” Younger served in the U.S. Marine Corps, then became a trial attorney in San Antonio. 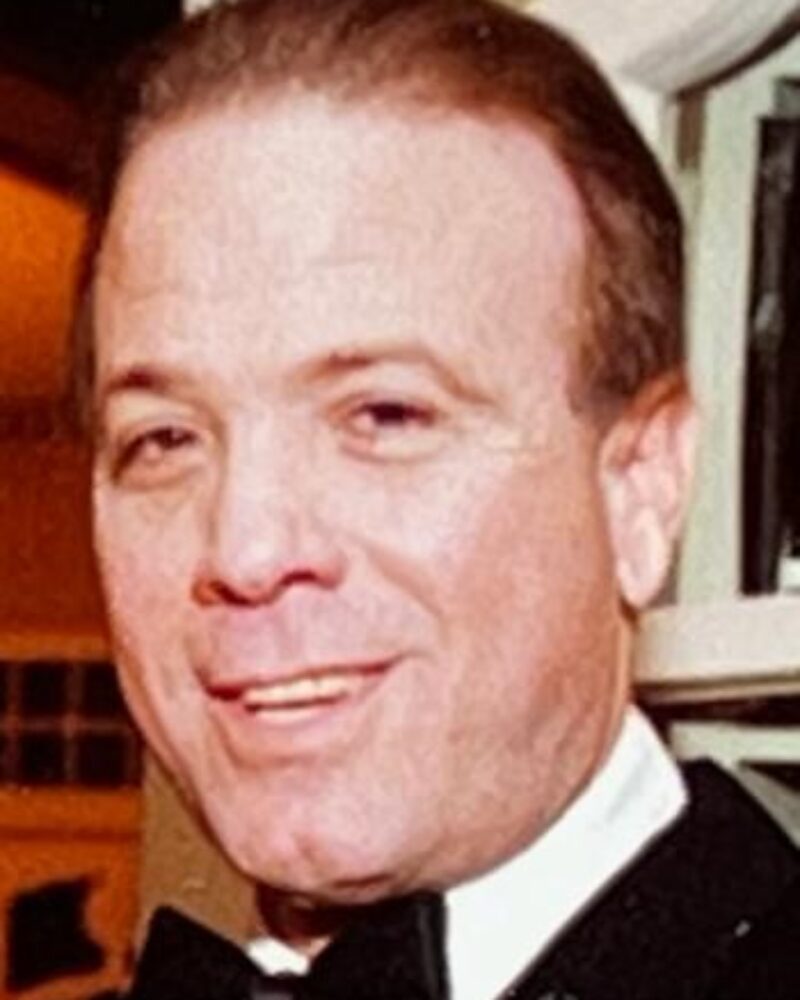 Robert P. “Bobby” Perel passed away on August 14, 2022. A double Longhorn, Perel was an avid worldwide traveler. He practiced law in West Texas for more than 50 years,  specializing in criminal justice. 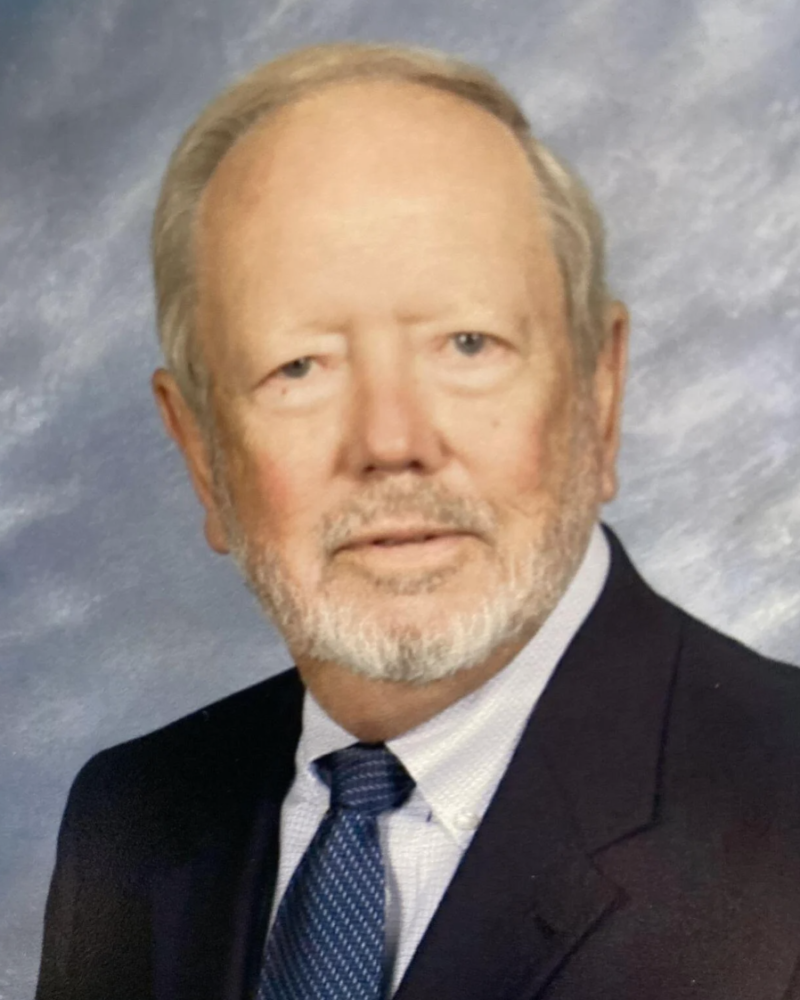 Floyd H. Christian, Jr.  passed away on June 14, 2022.  After attending Texas Law, Christian served in the military as a Captain, then became a practicing lawyer for the next 50 years. Christian was a member of the Texas Trial Lawyers Association and the Angelton ISD School Board, and he served as president of the Brazoria County Bar Association. 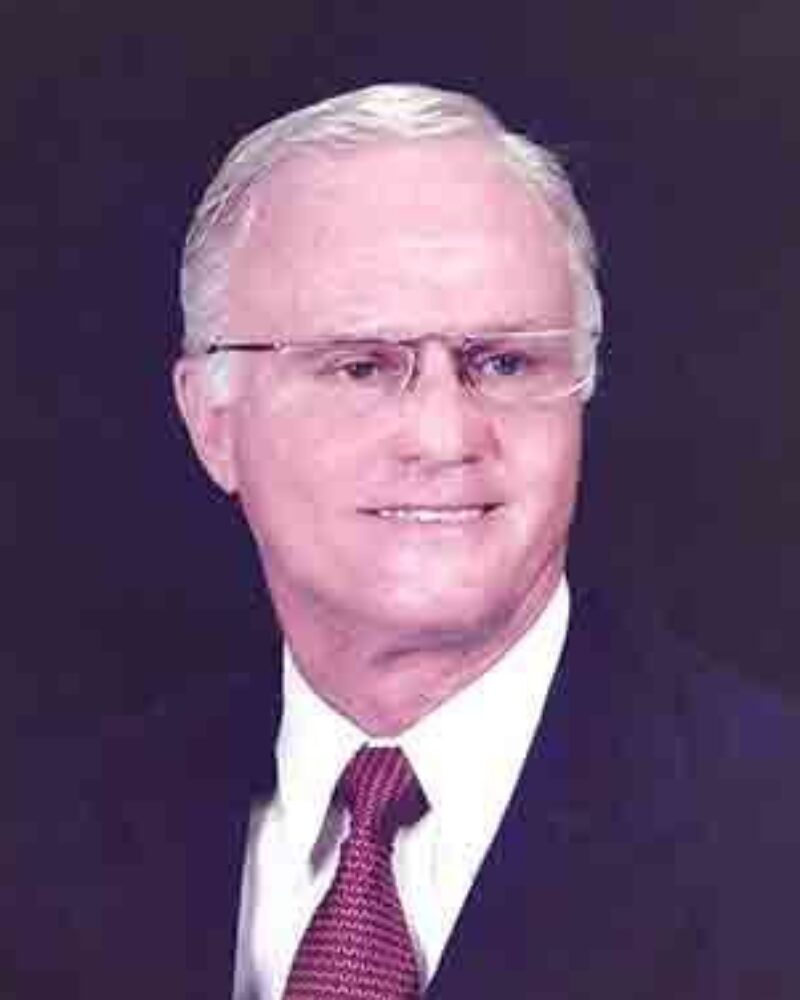 James Gayle III passed away on May 18, 2022. Gayle was a double Longhorn, having also earned a bachelor’s degree in accounting from UT. Upon graduation from Texas Law, he served as a trial attorney in private practice and as a county judge, then was elected as judge of the 239th District Court of Brazoria County. Gayle was a veteran, having served in the United States Navy and in the Navy Reserves. 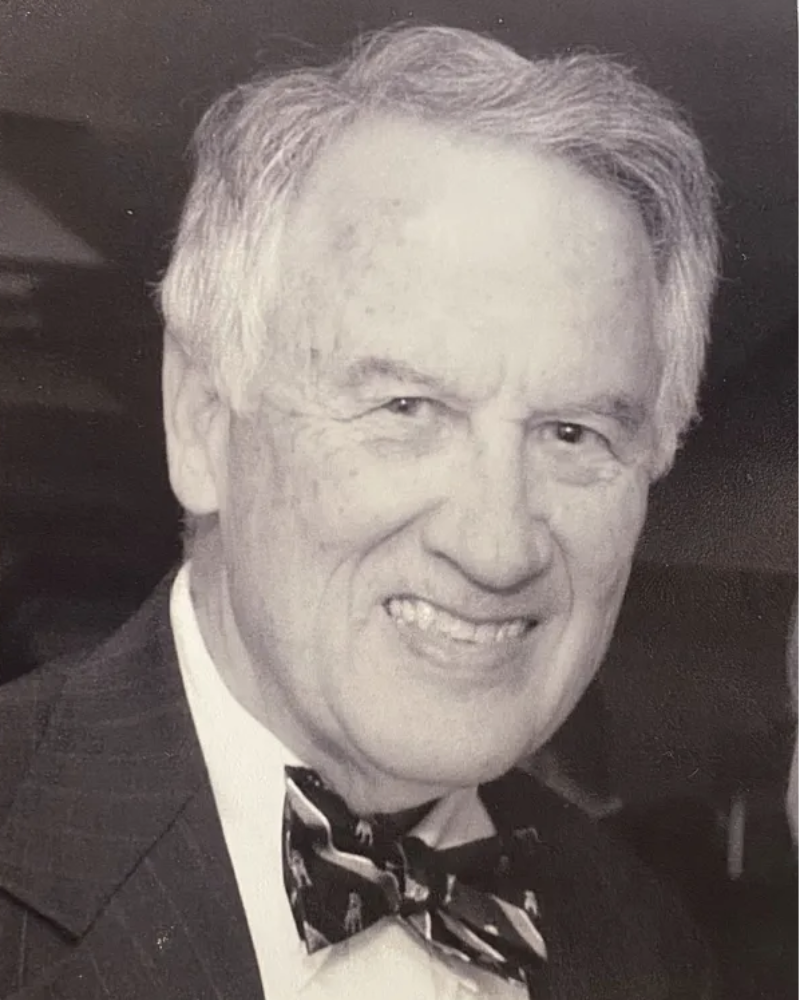 Charles Scarborough passed way on April 30, 2022. After graduating from Texas Law, he worked as a criminal and civil attorney. Scarborough was a founding member of the Texas Criminal Defense Lawyers Association and served as Director of the State Bar of Texas. 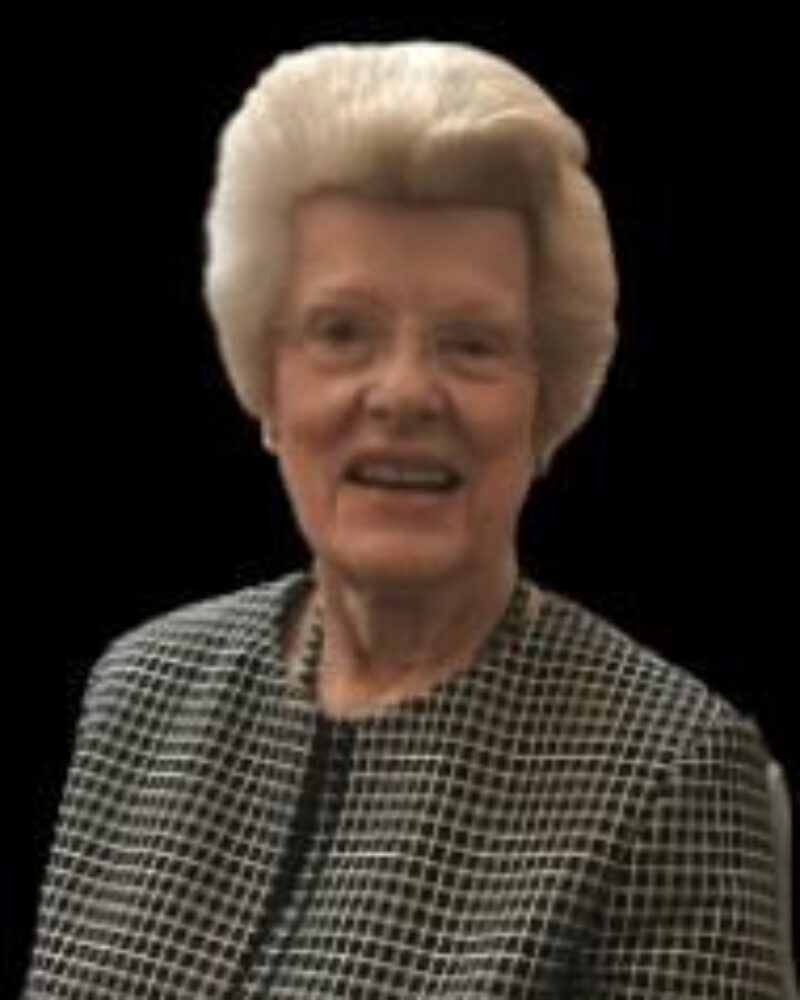 Jo Betsy Lewallen Szebehely died on March 16, 2022. Szebehely was a double longhorn and graduated from Texas Law in 1966. She served as a partner of Hearn, Knolle, Lewallen, Livingston, and Holcombe for nine years, before working in private practice. Szebehely offered numerous pro bono professional services and community volunteer services during her time as a lawyer. 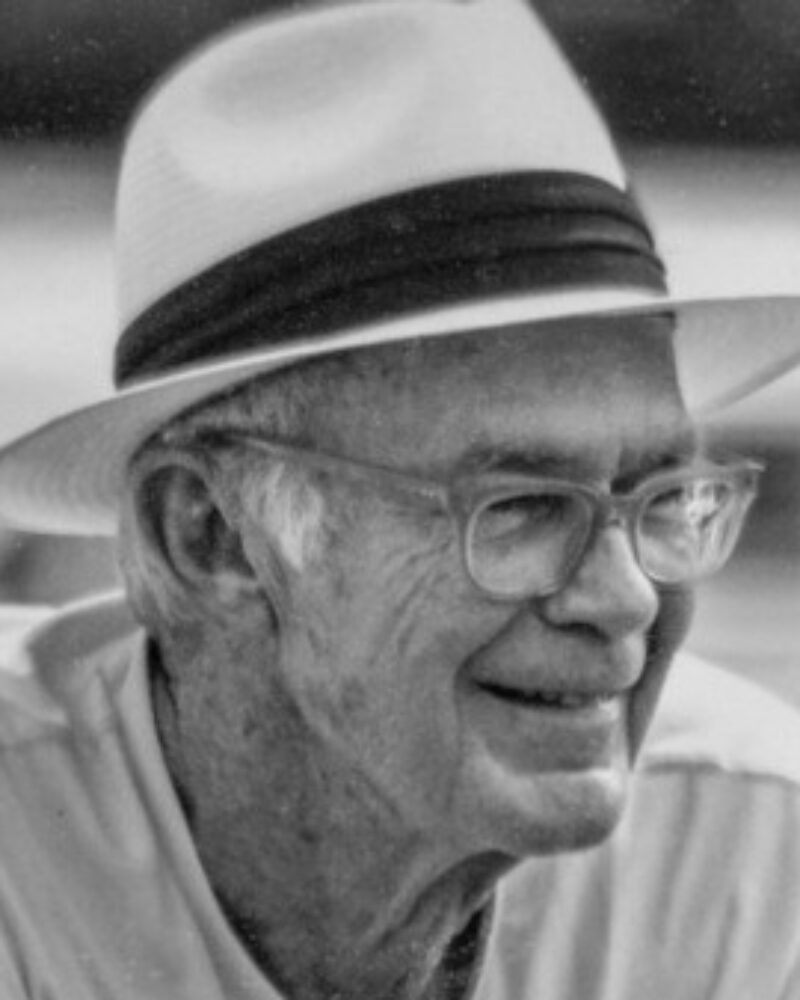 Marion “Sandy” Sanford passed away on Jan. 27, 2022. In addition to his law degree, Sanford also spent his undergraduate years on the Forty Acres and served as the student body president. In his career, he worked as both a lawyer and an influential lobbyist in the Texas government. Sanford’s work impacted many areas of business, government, and political activity. 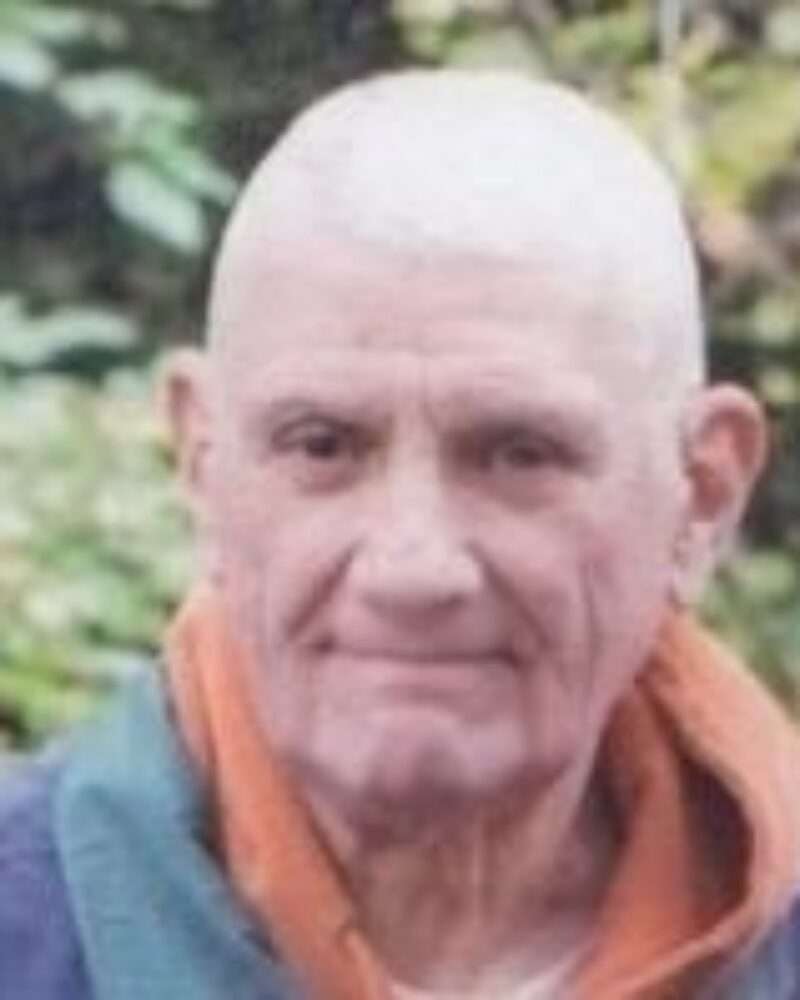 Colonel Herbert Green died on Dec. 27, 2021 in North Richland Hills, Texas. Green served over 27 years in the U.S. Army, culminating his military judicial career as Chief Judge, 3rd Judicial Circuit, Fort Hood, Texas until he retired in 1994. He took on a second career as an Administrative Law Judge for the Social Security Administration until his retirement in 2019. 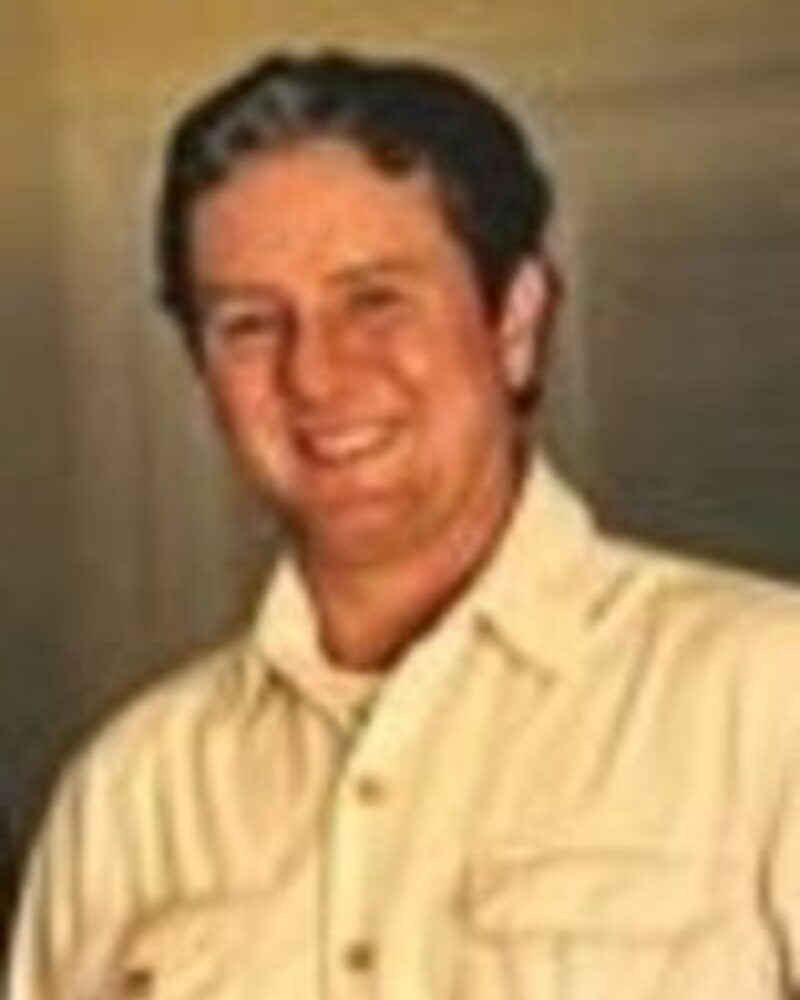 William Junia Hudspeth, Jr. passed away on Nov. 28, 2021. Upon graduation from law school, Hudspeth stayed in Austin and went into banking, starting as a cashier at Capital National Bank. He worked his way up, serving as Vice President and Trust Officer of Austin National Bank and head of Republic Bank’s Trust Department. In 1987 he founded Austin Trust Company after Texas law was changed to authorize the incorporation of independent trust companies. Austin Trust Company is the first company to be chartered under the new law. 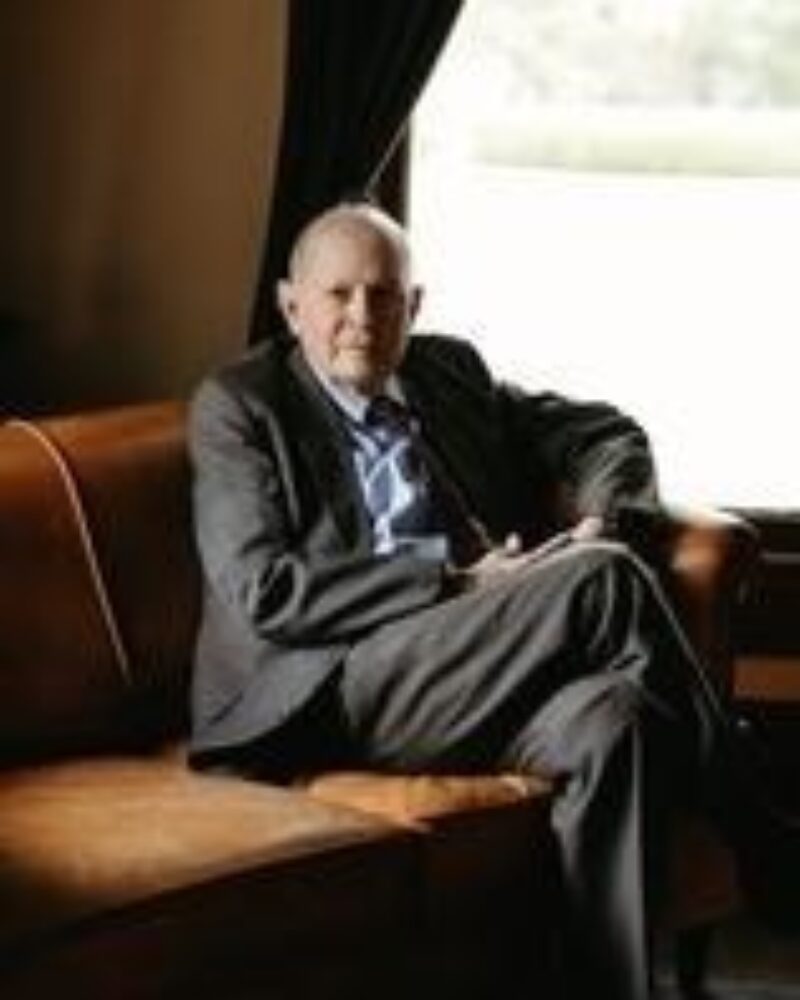 Charles Randolph Curson passed away in October 2021 at his home in Georgetown, Texas. The double Longhorn began his career as an Assistant District Attorney in Houston, Texas and then went on to work as a Real Estate Attorney for Mitchell Energy and then National Convenience Stores before retiring. He was a member of the Coast Guard before enlisting in the Navy as an Officer serving in the Judge Advocate General’s Corp. 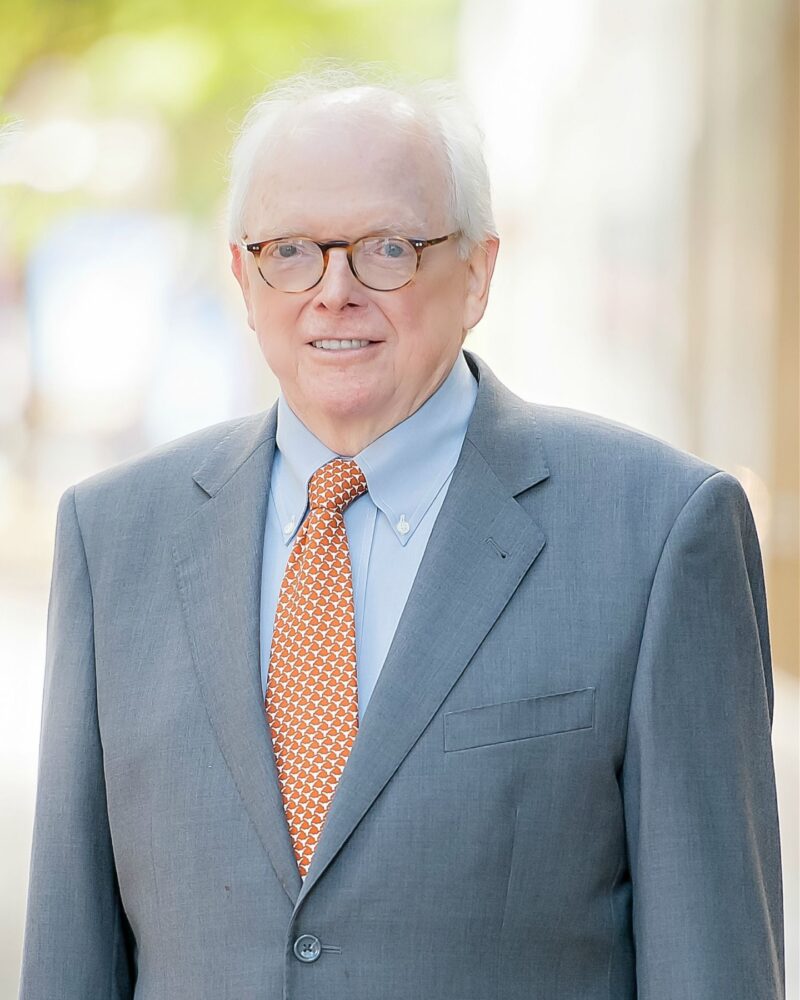 Charles Nathan Curry passed away on Jan.21, 2021, surrounded by his loving family. He began his career at Shannon, Gracey, Ratliff, & Miller in Fort Worth, TX where he became a partner and practiced for 50 years. He was a member of the State Bar of Texas and served as both Chair and Vice-Chair of the Real Estate, Probate and Trust Section’s Financial Institutions Committee. He was a Life Fellow and served on the Legal Forms Committee and the Business Law section of the State Bar of Texas. Curry was also a founding member of the Texas Association of Bank Counsel and served two terms as Director. He was a member of the the U.S. Court of Appeals Northern District of Texas. Curry was Of Counsel for Bonds Ellis Eppich Schafer Jones law firm. 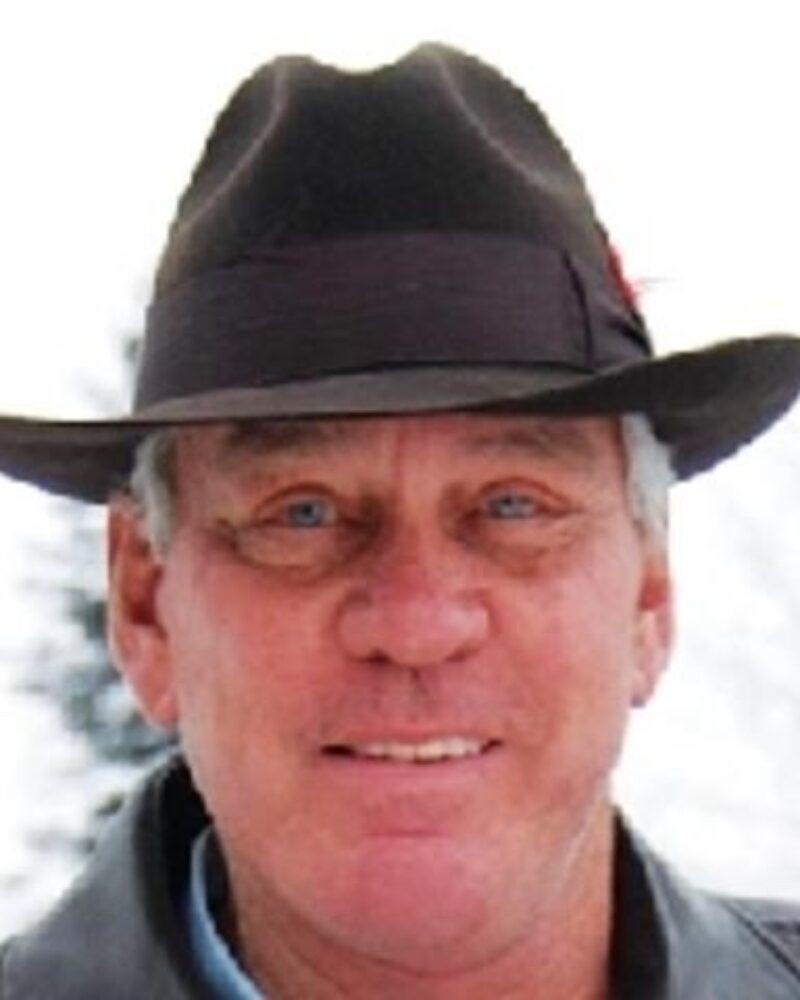 Tom Thomas passed away on Oct. 31, 2020. Thomas graduated from Texas Law in 1966. Thomas’s skill landed him in Forbes magazine by winning the landmark case of Farah Manufacturing v. State National Bank of El Paso in which, for the first time, tort claims were successfully applied to oppressive lending practices. That case sealed his status as one of the premier trial attorneys in the country. Memorials can be made to DFW Pug Rescue of Dallas. 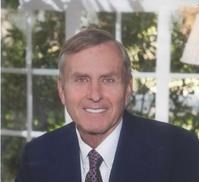 Hon. Reagan Cartwright Helm died peacefully on Aug. 24, 2020, surrounded by his loving family and caregivers at their family cabin in Estes Park, Colorado. Helm was a double Longhorn. After graduating from Texas Law, he entered the FBI and served in Denver and New York City. Helm then owned and operated the first BMW dealership in Houston, where he won several BMW North America Dealer of the Year Awards. He went on to own Galleria Area Ford. In 1994, Helms was elected Judge of Harris County Criminal Court #1, where he served until is retirement in 2010. Those wishing to make a contribution in Helm’s memory may donate to St. John’s School or The Rocky Mountain Conservancy in Estes Park, CO. 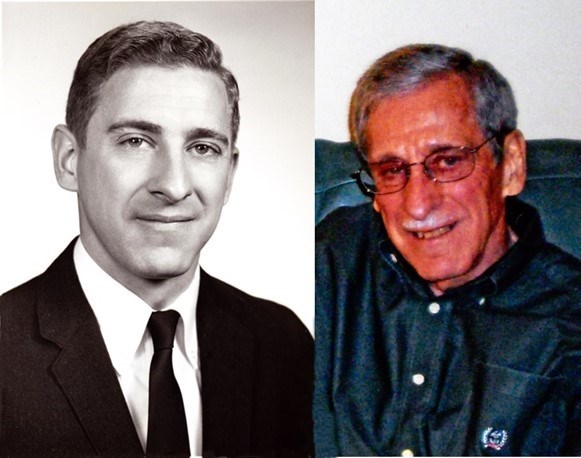 C. Fielding Early Jr. passed away Aug. 7, 2020. He was a double Longhorn, earning his undergraduate and law degrees from The University of Texas at Ausin. Fielding worked at Texaco in Houston and several state agencies in Austin. He loved to travel and spending time on the family ranch in Brownwood, TX. Those who wish to leave a remembrance of Fielding or express condolences are encouraged to do so at the link below. 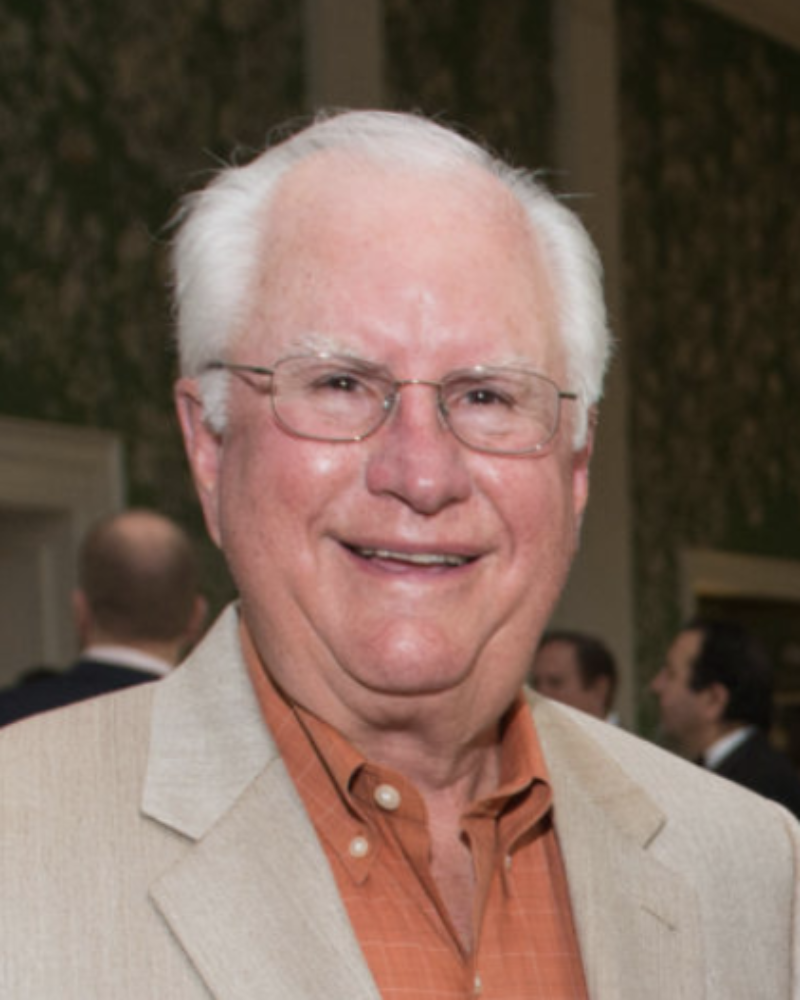 Dudley Oldham of Houston was selected as one of four recipients of the 2020 Texas Bar Foundation’s Outstanding 50 Year Lawyer Award. The award recognizes attorneys whose practice has spanned 50 years or more and who adhere to the highest principles and traditions of the legal profession and service to the public. Over the 50+ years of his litigation-centered law and arbitration practice with at Norton Rose Fulbright US LLP, Oldham was lead counsel in many domestic and international cases. The Bar Foundation commissioned an oral history to recognize and preserve the accomplishments of Oldham’s legal career. He is now a retired partner of his firm and resides in Houston with his wife of 55 years, Judy.

Ralph W. Dau, Los Angeles County Superior Court Judge and former partner with the law firm of O’Melveny & Myers, has died. He was 78.