Immigration: 445,000 awaiting a court date, which might not come for 4 years Read More

The Juvenile Justice Clinic was a great experience for me!  It taught me the practical skills of interacting with clients, coming up with legal arguments, and presenting those legal arguments in court.  If you are interested in litigation, I highly recommend taking this clinic.

Participating in Texas Law’s Domestic Violence Clinic has been the most valuable experience of my law school career.  The clinic is a place to get many nerve-racking firsts out of the way with the non-judgmental support and guidance of Jeana Lungwitz, our rock star supervising attorney, and with all of the resources we have here […]

The UT Domestic Violence Clinic is a refreshing departure from your typical law school experience. It is a great way to get boots-in-the-mud experience working directly with clients and potentially in the courtroom as well.  Working with clients is incredibly meaningful and fulfilling and it seems that every law student should have such an experience […]

Participating in the Domestic Violence Clinic has been by far the most enjoyable and rewarding experience I have had while in law school. I would recommend this clinic to anyone interested in gaining invaluable courtroom experience, while under the supervision of a wonderful Professor. The skills and knowledge I have gained through my experiences in […]

The Actual Innocence Clinic gave me the chance to do real legal work for people in need. No student should miss the opportunity to do that. 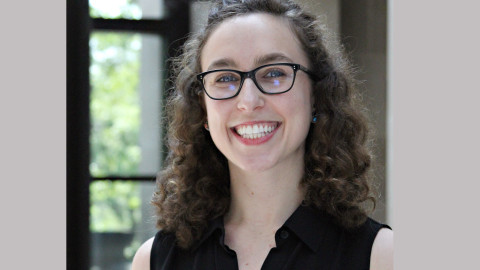 My clinic work has defined my law school experience. In the Immigration Clinic, my clinic partner and I successfully represented a client in a gender-based asylum case. I very much enjoyed the many opportunities for collaboration as well as forming a relationship with our client. As part of the Advanced Immigration and Civil Rights Clinics, […]

On March 25, 2014, two people who had been wrongly convicted (and later exonerated) spoke in class to the Actual Innocence Clinic.  One of them was Christopher Scott, a former inmate who was exonerated because of the Clinic’s work.  He was joined by a man named Johnnie Lindsey.  Christopher Scott spent 12 years in jail.  […]

Five law students visited various prisons during the spring semester of 2014 to speak directly with inmates about their cases.  These inmates had written letters to the Actual Innocence Clinic and claimed to be innocent of the crime for which they are now serving time.  The Clinic students had already read letters from the inmate […] 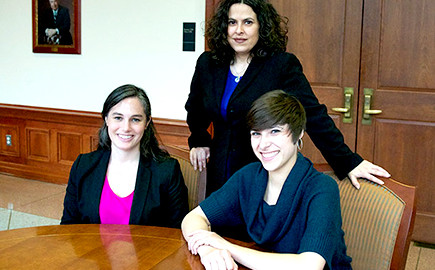 The Children’s Rights Clinic successfully tried two back-to-back jury cases to verdict in February 2014.  In both cases, the state sought termination of parental rights.  The clinic also advocated termination.  The student attorneys participated in the trials from start to finish, including direct and cross-examination of several witnesses. Winning the jury verdicts freed the children […]