Dean Bangs has been the Assistant Dean for Student Affairs at Texas Law since 2013. Together with the members of the Student Affairs team, Dean Bangs coordinates and supports a range of student services, programming, and special events. She counsels students on a wide range of academic, personal, and professional matters and serves as one of the Law School's Title IX liaisons. She also serves on a state Roundtable on Lawyer Well-Being.

Dean Bangs graduated with honors from Harvard College and Harvard Law School.  Prior to returning to academia, she was a judicial law clerk on the Ninth Circuit and in the Central District of California and a trial attorney in the United States Department of Justice. She then worked for a number of years as the director of legal research and writing at Harvard Law School and the University of Oklahoma College of Law, where she also taught civil procedure and disability law. Dean Bangs lives in Austin with her husband, who teaches religious studies at the University of Texas, and their two school-age children, Zack and Charlotte (“Charlie”).  She loves the good food and live music Austin has to offer. Her door is always open to students.

Make an appointment with Dean Bangs. 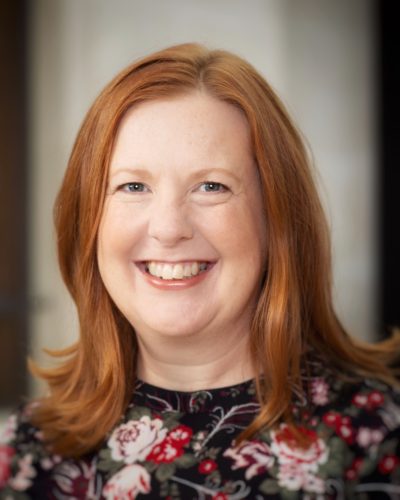 Brandi Welch serves as the primary academic advisor in the School of Law. She manages a series of programs designed to assist students from day one of law school to the final day of the bar exam and beyond. Students are always welcome in Brandi’s office for counsel on issues personal and academic. Brandi graduated from the University of Michigan and taught high school in Houston for four years before attending Texas Law. After graduation, Brandi was an associate at Vinson & Elkins in New York and Wilson Sonsini Goodrich & Rosati in Austin before returning to the law school in 2008. A lifelong learner, Brandi also holds a 2018 M.Ed. from UT's Educational Leadership and Policy Department at the School of Education. Brandi and her husband Aaron have two daughters, Alice and Piper. An avid college football fan, Brandi sincerely hopes that the Longhorns and the Wolverines never play each other again. Ever.

Make an appointment with Brandi. 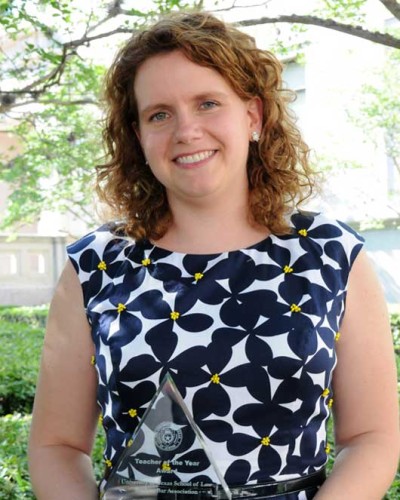 Director of Academic Services and Registrar

As Director for Academic Service and the Registrar, Sarah oversees functions related to registration, course schedule production, exam administration, grade reporting, and faculty support. Sarah earned a B.A. in Hispanic Linguistics and a M.Ed. in Educational Administration, both from The University of Texas at Austin. She has worked at UT for twenty years as an academic advisor and advising administrator in the College of Liberal Arts and in the Department of Aerospace Engineering and Engineering Mechanics.

A native Texan, Sarah grew up in San Antonio and once she came to Austin for college, she never left! She has a love-hate relationship with all things sports, particularly the San Antonio Spurs and the Texas Longhorns.  In her free time, she enjoys reading, gardening, volunteering at her church, and any sort of outdoor activity with her husband. 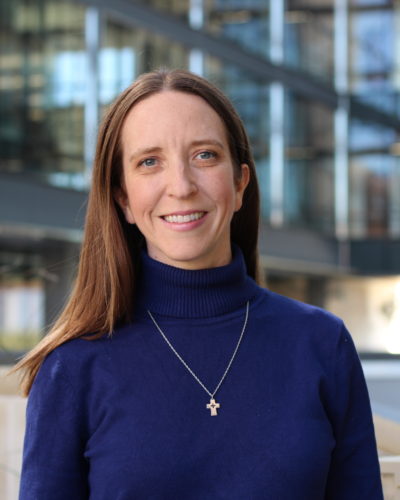 Rick Garza serves as Assistant Director of Student Affairs, Inclusion, and Community Engagement in the School of Law.  His primary responsibilities in this role include managing the Society Program, partnering with Texas Law’s student organizations on leadership and strategy, and serving as the law school’s principal student resource for diversity and inclusion programming.  Rick also works especially closely with Texas Law’s affinity, minority, and public service-oriented student groups regarding organizational development, fundraising, policy, and community outreach.  Rick keeps an open door and encourages all Texas Law students to stop by his office in the new Student Life Suite (TNH 2.125).  Rick has a BA in English from UT Arlington, an MA in Higher and Postsecondary Education from Columbia University, and earned his JD from Albany Law School.  Prior to attending law school, Rick worked in Academic Advising for two years and completed a Graduate Assistantship in Career Counseling while at Columbia.  During law school, Rick completed a Graduate Assistantship with the Office of the Vice President at Albany Law School, and legal internships with the New York State Department of Education and the Office of University Counsel for the State University of New York.  Following law school, Rick resumed his career in student affairs as the Honors Advisor at SMU, before landing at Texas Law.  Rick lives in south Austin with his wife, Theresa, and their son, Benjamin.  Having both been born and raised in San Antonio, Rick and Theresa consider their move to Austin to be a homecoming of sorts.  Rick’s passions include quoting Seinfeld in everyday situations, well-intentioned sarcasm, and the San Antonio Spurs.

Make an appointment with Rick. 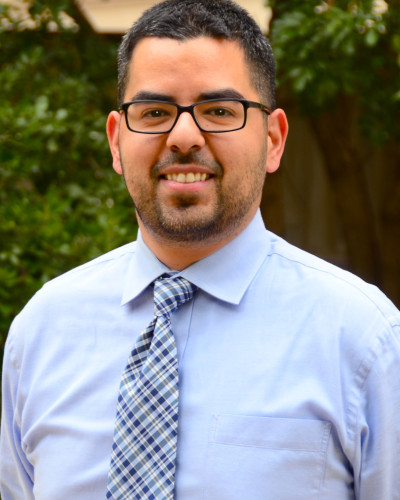 As Assistant Director for Academic Services, Alissa helps to oversee administrative functions related to course schedule production, exam administration, faculty support, and registration. Alissa earned a bachelor’s degree in English literature/communication studies from Florida State University, where she served as the public relations director for FSU’s student-run radio station in her free time. She worked in magazine and web publishing in Chicago before returning to the warm embrace of the South, moving to Austin in 2010. Alissa provided academic and faculty support services at the LBJ School of Public Affairs prior to joining the team at Texas Law. She enjoys creative pursuits of all kinds and loves living in a city that celebrates music, television, film, literature, art, and food as much as she does. After hours, you have a pretty good chance of running into her and her husband at a concert, football game, or comedy show. 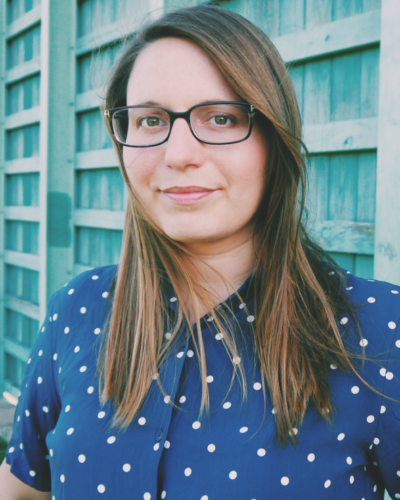 Courtney serves as the student program coordinator and Dean Bangs’ assistant. As the student program coordinator, she works as a liaison between student organizations and the School of Law, providing assistance in matters of accounting, business contracts, event planning, and travel. She handles scheduling for the Dean and provides support to the Student Affairs team as a whole. Courtney earned a bachelor’s degree in studio art from Indiana University. She has lived in Japan, New York, and Houston before finally settling for good in Austin. Courtney enjoys watching movies at the Alamo Drafthouse, creative writing, illustrating and traveling. She is also the SAO’s crazy cat-lady-in-residence. 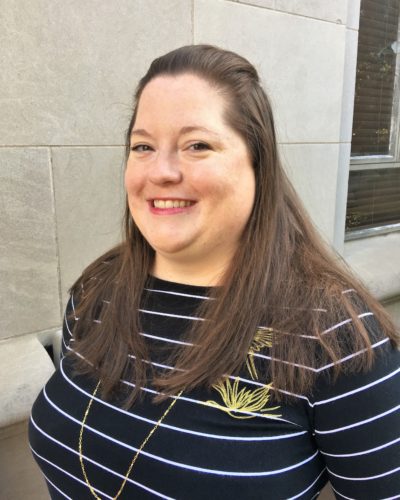 Carla oversees and supports student registration processes, performs audits of student/course data, and ensures the maintenance of records in all areas.  Originally from Houston, Carla earned a bachelor’s degree in English from Stephen F. Austin State University and after graduation worked with elementary school students in Austin as an AmeriCorps member for two years. She then moved to Iowa for graduate school and received her master’s degree in Library and Information Science from the University of Iowa. Carla worked as an academic librarian and archives assistant at a small private college in the Midwest before returning to the Lone Star State and joining the team at Texas Law. She is a huge fan of reading, cooking, listening to podcasts, and going on long walks. 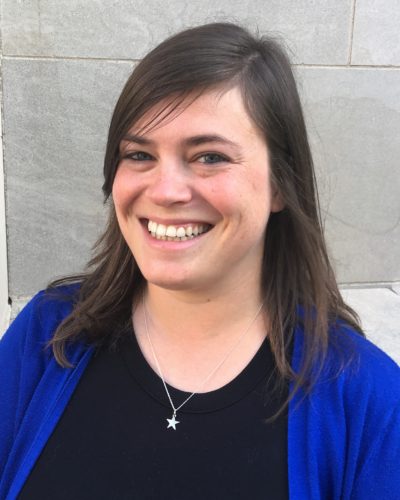