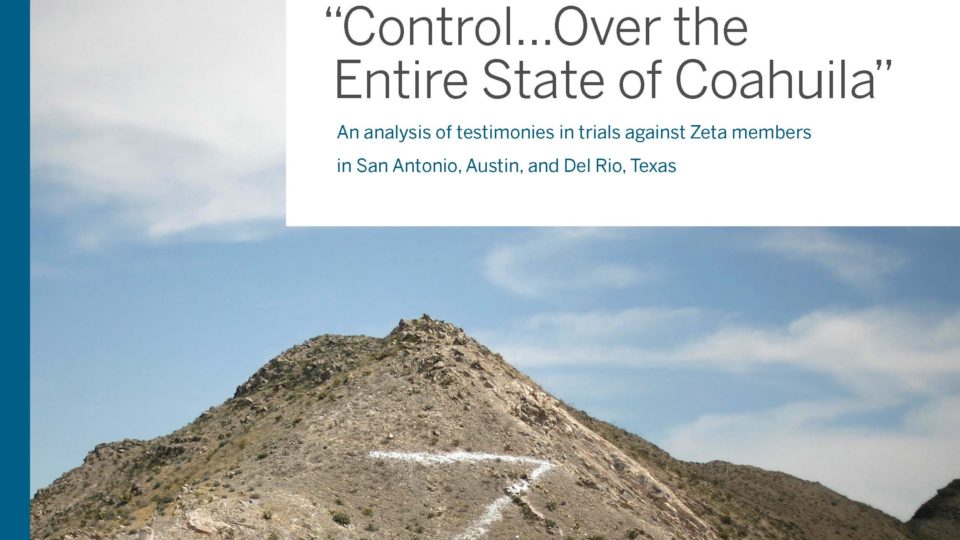 The Human Rights Clinic has compiled a report based on analyzed witness testimonies from three U.S. federal trials. Between 2013 and 2016, Zeta members were put on trial in Austin, San Antonio, and Del Rio for crimes of homicide, conspiracy to import drugs and weapons, and money laundering. The report, titled “‘Control…Over the Entire State of Coahuila’: An analysis of testimonies in trials against Zeta members in San Antonio, Austin, and Del Rio, Texas,” details the nexus between organized crime and Coahuila state officials and institutions and the human rights violations –including disappearances—that this relationship enabled.