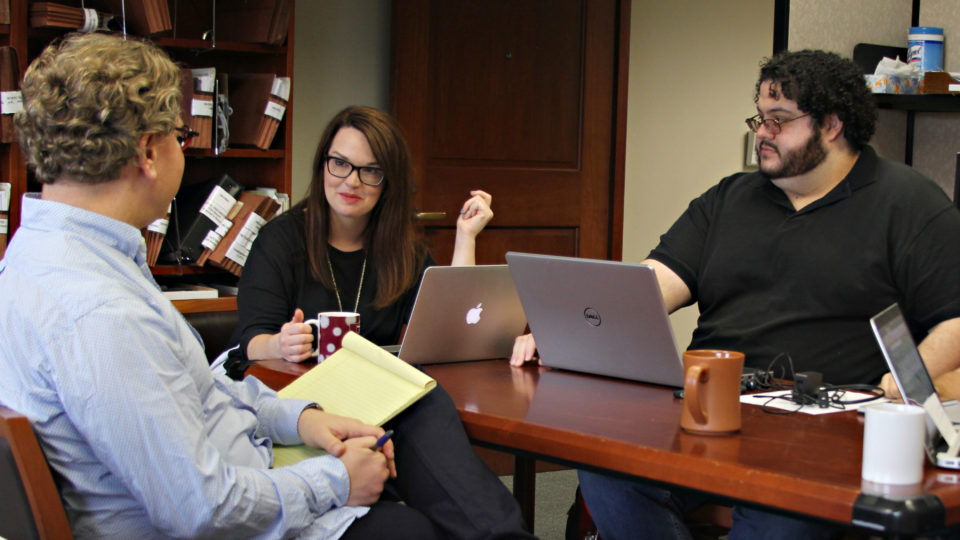 Students screen and investigate claims by inmates that they are actually innocent of the offenses for which they are incarcerated. While investigating cases, students typically interview witnesses, research cases, review trial transcripts, and visit inmates in prison. The weekly clinic class addresses topics relevant to actual innocence law and procedure.

The Actual Innocence Clinic is a project of the Budd Innocence Project.

On March 25, 2014, two people who had been wrongly convicted (and later exonerated) spoke in class to the Actual Innocence Clinic.  One of them was Christopher Scott, a former inmate who was exonerated because of the Clinic’s work.  He was joined by a man named Johnnie Lindsey.  Christopher Scott spent 12 years in jail.  Johnnie Lindsey served 26 years.  Both were innocent.  Public Defender Michelle Moore, who was involved in the work to free both men, also spoke during this class meeting.

Five law students visited various prisons during the spring semester of 2014 to speak directly with inmates about their cases.  These inmates had written letters to the Actual Innocence Clinic and claimed to be innocent of the crime for which they are now serving time.  The Clinic students had already read letters from the inmate that they visited, examined information about their conviction, and had begun the process of screening the case.  Visiting the inmates in prison is part of that process.

“Actual Innocence students have the chance to be the driving force in moving cases forward for those who would otherwise be without an advocate in the system.”

“The Actual Innocence Clinic gave me the chance to do real legal work for people in need.”