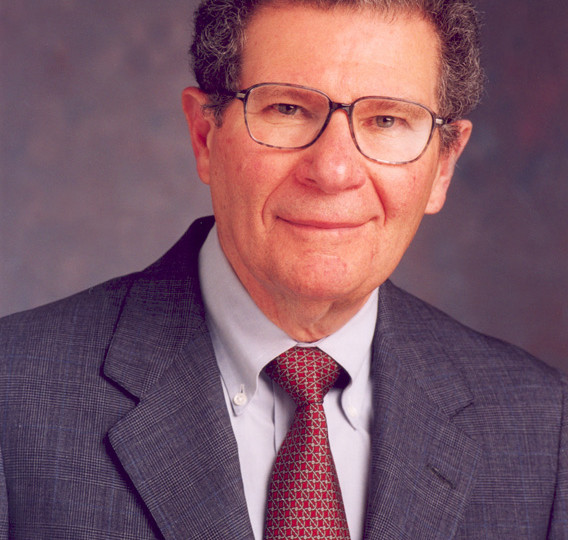 “Russell Weintraub was a great leader in the field of conflict of laws, and a wonderful teacher and beloved colleague here at the Law School,” said Law School Dean Ward Farnsworth. “By his example he set high standards for collegiality and intellectual engagement.  He will be remembered very warmly in this community.”

Hans W. Baade, Hugh Lamar Stone Chair Emeritus in Civil Law, said Weintraub was a dedicated scholar and friend. “Russell Weintraub made crucial contributions to the theory and practice of the conflict of laws and showed great interest in its international ramifications,” he said. “And he was my best and most distinguished friend. We were born only four days apart, and we often celebrated our birthdays together. He had a slogan: ‘The only true happiness lies in useful work done to the best of your ability.’ And he lived up to his slogan, both in working on his books and in his dedication to teaching.”

Weintraub came to the Law School in 1965. He also served as Ronald Graveson Memorial Lecturer at King’s College, London, in 2000 and lecturer at the Hague Academy of International Law in 1984. He won the Carl H. Fulda Award in International Law in 1993, and was a member of the American Law Institute and a Life Member in the American Bar Foundation.

“One of Russell’s last wishes was that a chaired professorship be created in his name and dedicated to the topics that he spent his career exploring and advancing,” Farnsworth said. “His family is currently planning to carry out that wish. This was a beautiful gesture, and it very eloquently expresses Russell’s love for the school.” Memorial gifts may be made toward the establishment of the Zelda K. and Russell J. Weintraub Chair in Conflict of Laws and International Law through the UT Law School Foundation, 727 East Dean Keeton St., Austin, TX 78705.