Two Texas Law alumni, Randall H. Erben ’81 and Daniel T. Hodge ’04, were recognized with Presidential Citations by the University of Texas at Austin President Gregory L. Fenves for their notable support of the university.

“Our alumni’s talent for bolstering this great university never ceases to amaze me, and these two graduates are prime examples,” remarked Dean Ward Farnsworth upon learning of Erben and Hodge’s Presidential Citations.  “I am so very proud of all that Randall and Daniel have done to not only help today’s Longhorns, but to ensure UT continues to be a tremendous force for transforming lives far into the future.” 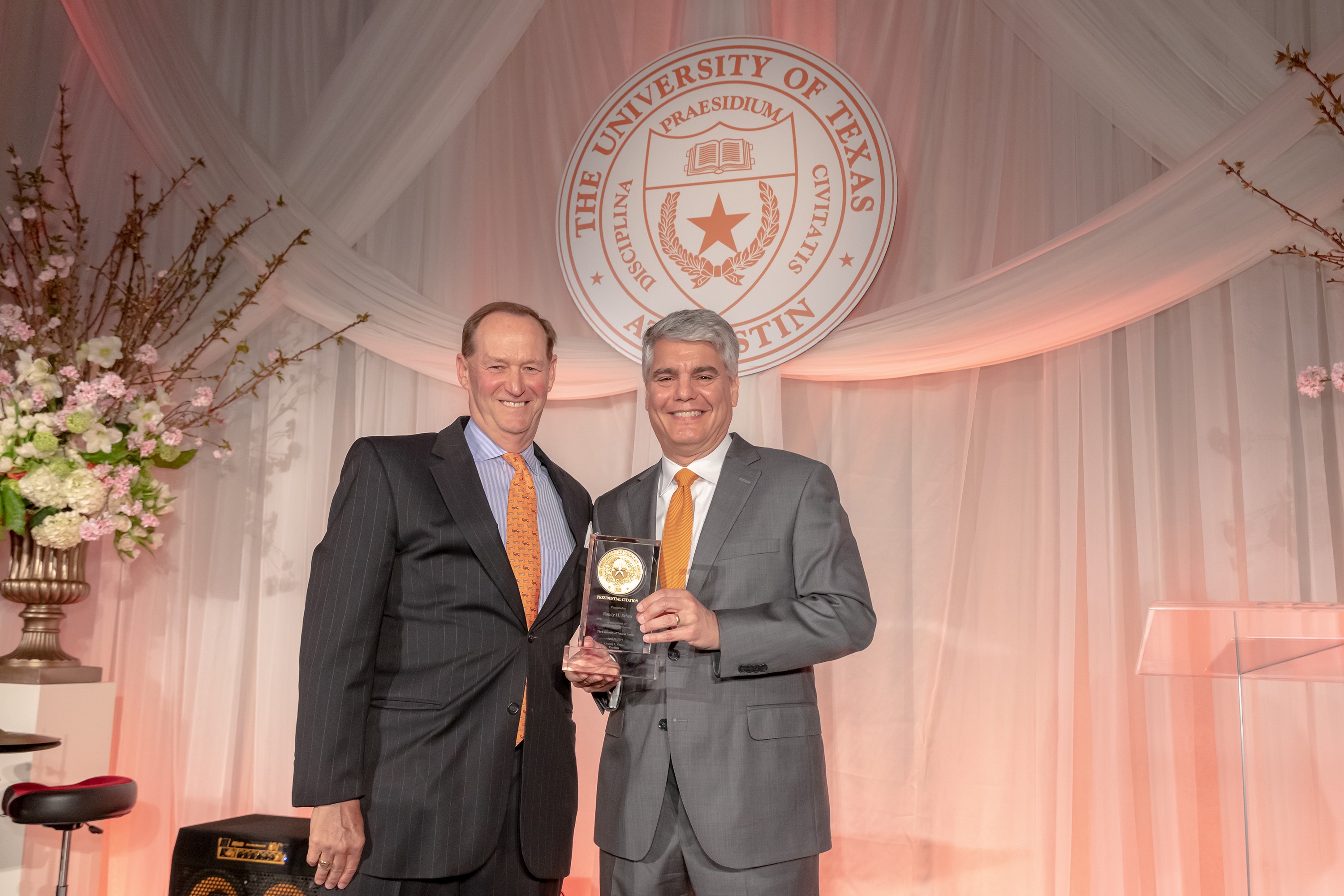 Randall H. Erben is an adjunct professor at Texas Law and works at the law firm of Erben & Yarbrough. Erben’s legal career began with the San Antonio law firm of Foster, Lewis, Langley, Gardner & Banack, where he attained partner status in 1986. He then entered public service, serving as Texas’ assistant secretary of state, director of the Texas Office of State-Federal Relations, and acting assistant secretary of Housing and Urban Development under President George H.W. Bush.

Erben co-founded Erben & Yarbrough in 1993. In 2015, Erben served as legislative director for Texas Gov. Greg Abbott. He was appointed to the Texas Ethics Commission by House Speaker Joe Straus in 2017 for a term expiring in 2021. He also serves on the boards of directors of the Texas Exes and The University of Texas Development Board. 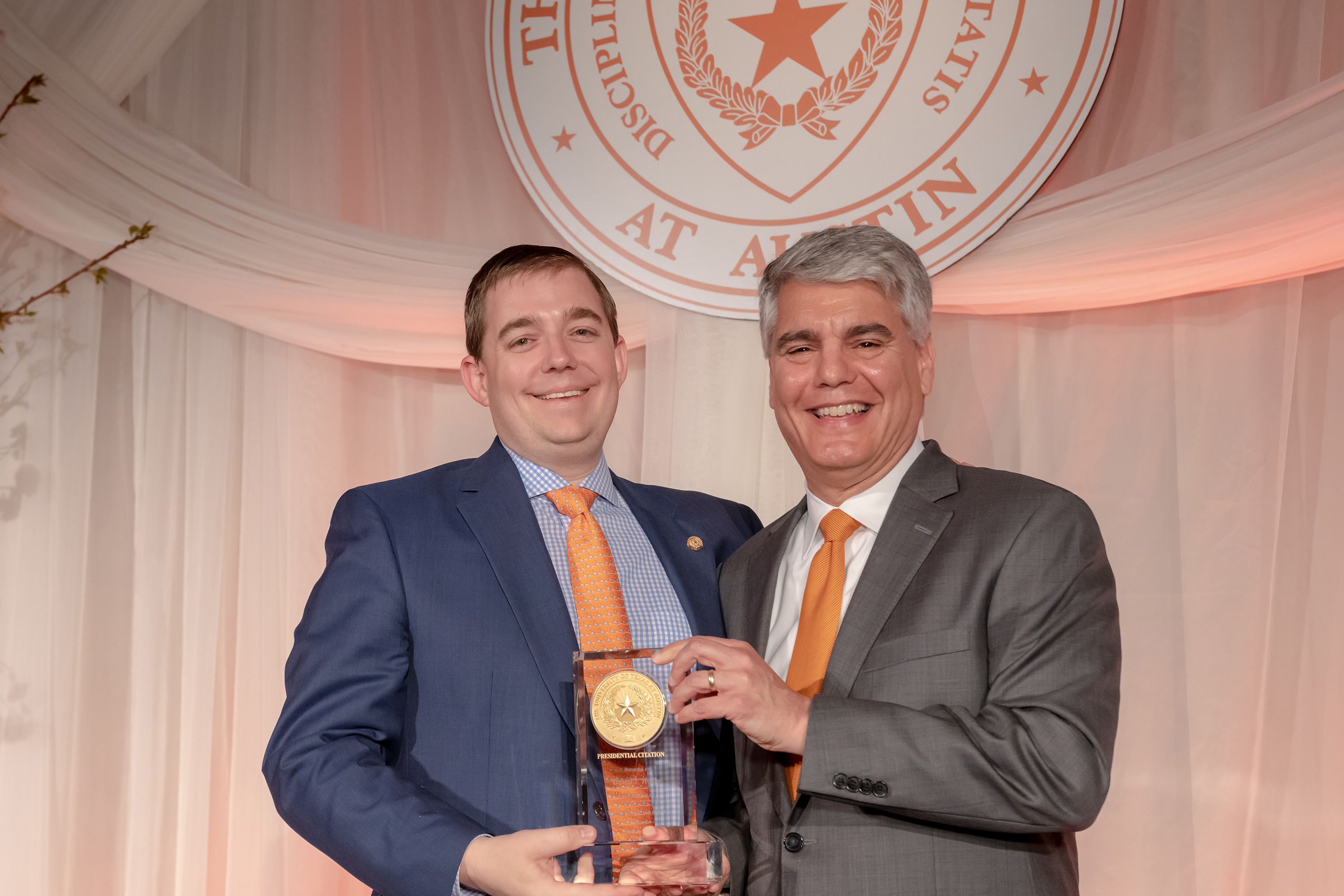 You can read the full UT News article here.