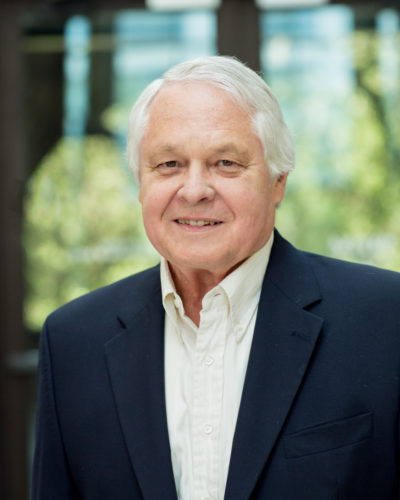 David A. Anderson may be retired, but he and his work are still very much in the spotlight among leading scholars in mass media, free speech, and the press. Thus it was no surprise that two of his best-known articles were celebrated in the most recent Communication Law and Policy, a special issue entitled “Articles That Matter.”

Anderson, the Fred & Emily Marshall Wulff Centennial Chair Emeritus in Law and proud member of the Class of 1972, was paid tribute by the First Amendment scholars Professor Jane Kirtley of the University of Minnesota and Professor Jared Schroeder of Southern Methodist University.

“I don’t think we’ve ever met, but I owe a lot to David Anderson,” began Prof. Kirtley’s encomium. “His brilliant ‘Freedom of the Press,’ published in 2002… has given scores of graduate and law students in my seminars a thoughtful and provocative introduction to what the Press Clause really means.” That article also has been dear to Prof. Kirtley herself in her work. “What a treasure trove of information I was able to mine from (that) one… article!”

Prof. Schroeder focused on a separate Anderson work: “I discovered… Anderson’s work as a very junior scholar. I was in the season that most junior scholars experience where the reins of the doctoral program and dissertation committee have been removed and, while freeing, the wide-open scholarly landscape seemed daunting. ‘The Origins of the Press Clause’ became a model for me—on multiple levels.”

The “Articles That Matter” issue of Communication Law and Policy is the first of two issues conceived as a way to celebrate the journal’s 25th anniversary, said its editor, W. Wat Hopkins, Professor in the School of Communication of Virginia Tech University. “These special issues are designed to celebrate the kind of research and writing the journal encourages and publishes.”

For his part, Prof. Anderson is delighted to know his work is still influential, especially is an era when arguments about the rights and responsibilities of “the press”—and attacks on those rights and responsibilities—is so much in the public eye. “I’m happy to learn that other scholars have found my work useful,”  said Anderson. “It’s gratifying to be recognized by peers in the Media Law field.”

In retirement, Prof. Anderson continues to research and write, and spends as much time in the law school as his schedule and the current public health guidelines permit. Beyond his dozens of scholarly articles and books, he is the author of a coffee table book on domestic architecture, and “An Urn of Native Soil,” an autobiographical memoir about the life and death of the remote plains community in which he was born and raised.