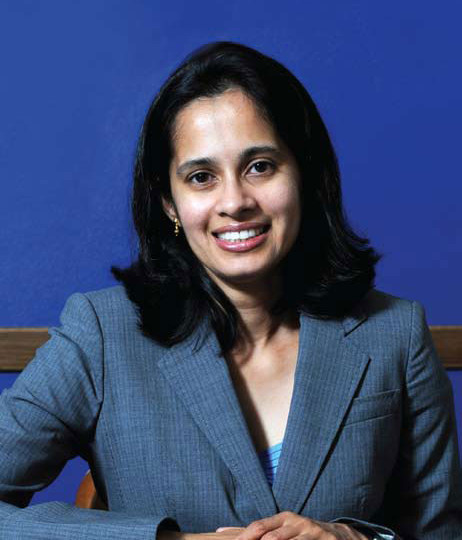 Director of the National Security Clinic

“The goal of the Clinic is to enable students to hone their lawyering skills while working to uphold the rule of law in real cases,” Natarajan said. “This semester, for example, the Clinic is working on the habeas corpus case of a Guantanamo detainee. In the wake of President Barack Obama’s executive order directing that the prison at Guantanamo be closed by January 2010, and in light of the imminent revamping of military commissions to try some of these detainees, there is much legal work to be done and knowledge to be gained in this area. I hope that students who complete the National Security Clinic will develop their lawyering skills, tackle complex and thorny legal issues, and gain valuable practice experience in a real-world setting.”

Natarajan, who grew up in Houston, is a 1999 graduate of Columbia Law School, and obtained her undergraduate degree from the University of Texas at Austin. She worked as an attorney at the ACLU of Southern California, where she focused on civil rights cases involving immigrant rights and national security, and as a clinical fellow at the New York University School of Law’s Immigrant Rights Clinic. She also has experienceworking as an attorney providing civil legal services to the indigent in New York, focusing on housing and disability rights.

This semester, the National Security Clinic is also working on a criminal appeal from a federal terrorism case that was prosecuted in Dallas. The case involves Constitutional issues relating to the Confrontation Clause and the Due Process Clause protections for criminal defendants. “In this Clinic as in others, students apply their legal knowledge to the facts in a real case, and in so doing, they not only sharpen their knowledge but learn how to advocate for clients,” Natarajan said.

Natarajan said the Law School provides a rich environment for pursuing such work. “I think that the UT School of Law is an exciting place to teach in this area of law,” she said. “Not only do we have professors engaged in sophisticated legal scholarship on national security issues, but we also have centers, programs, and resources in the university at large that are promoting scholarship on a wide range of national security issues. I am also impressed by the diversity of clinical offerings at the Law School that enable students to have experiential learning opportunities. Most importantly, the students I have worked with and taught seem to be among the brightest and most dedicated.”