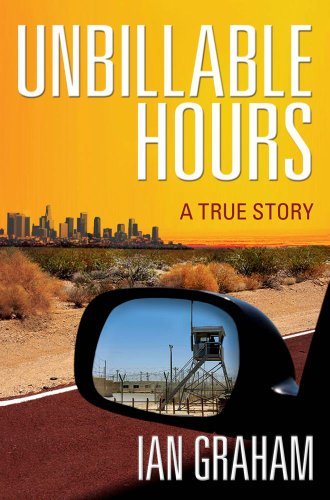 Graham graduated from the Law School in 2001 and joined the law firm of Latham & Watkins in Los Angeles where he worked as an associate from 2001 to 2006. While at Latham, he worked pro bono on behalf of Mario Rocha, a young Latino then serving a double life sentence for a murder he did not commit. In Unbillable Hours, Graham combines Rocha’s compelling legal saga with the personal story of how the case changed Graham’s understanding of his purpose as a lawyer. During his talk, Graham will discuss his book and, in addition, address the transformative power of pro bono legal work.

Mario’s Story, the award-winning documentary film about Rocha’s case, will be screened at the Law School later the same day. According to the movie’s website, the film “interweaves Rocha’s story as an inmate in one of California’s toughest maximum-security prisons with the efforts of an unlikely group of people who have come together to win his freedom. They include Sister Janet Harris, the feisty and unstoppable former chaplain at Central Juvenile Hall, Mario’s pro-bono attorneys at Latham and Watkins, an aspiring filmmaker turned private detective, and Mario’s large Mexican-American family.” Tiffany Dowling, clinical instructor with the Law School’s Actual Innocence Clinic, will make opening remarks at the screening and provide information about how students can get involved with efforts to address wrongful convictions.

Leading up to the book talk and movie screening, the UT Law Pro Bono Program Student Advisory Board will have a table in the Susman Godfrey Atrium on Monday, October 24 and Tuesday, October 25, 2010, to encourage second- and third-year students to sign the Pro Bono Pledge, committing to complete at least fifty hours of pro bono service by the time they graduate. The Pro Bono Program officially launched the Pledge during fall orientation. Over 75 percent of the entering students signed the pledge at that time. Results of the 2L and 3L campaign will be announced at the movie screening.

The Pro Bono Program strives to ensure that UT Law students will engage in pro bono work to increase access to justice and develop a lifetime commitment to providing legal services to those in need. A project of the William Wayne Justice Center for Public Interest Law, the Pro Bono Program works with bar groups, legal services providers, pro bono attorneys, and the Law School community to develop pro bono opportunities for students. The book talk and movie screening are cosponsored by the Law School’s Actual Innocence Clinic, American Journal of Criminal Law, and Criminal Law Association. The National Pro Bono Celebration, October 24–30, 2010, is sponsored by the ABA Standing Committee on Pro Bono and Public Service.