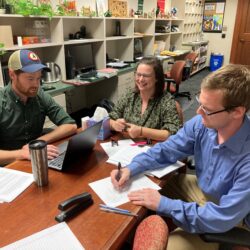 University of Texas School of Law students, faculty and alumni will spend part of their winter break immersed in the Rio Grande Valley volunteering on projects that will impact and aid low-income property owners, immigration detainees and undocumented high school students among other populations in need of free legal services. During the fifth annual Pro […]

Only a few months into the academic year and already more than 100 University of Texas School of Law students have volunteered for 21 pro bono projects (and counting). From preparing asylum cases to interviewing clients at walk-in legal clinics, the range of UT Law’s pro bono projects is as diverse as the hundreds of […]

More than 93 percent of the entering 1L class signed the Pro Bono Pledge, a record level of participation for The University of Texas School of Law’s Pro Bono Program. Students who sign the pledge commit to perform at least 50 hours of pro bono service before graduation. “The class of 2013 – the first […]

The Longhorn Network recently produced a short video about the Law School’s Pro Bono program, and students who have taken a pledge to carry out pro bono legal work. 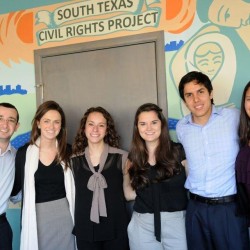