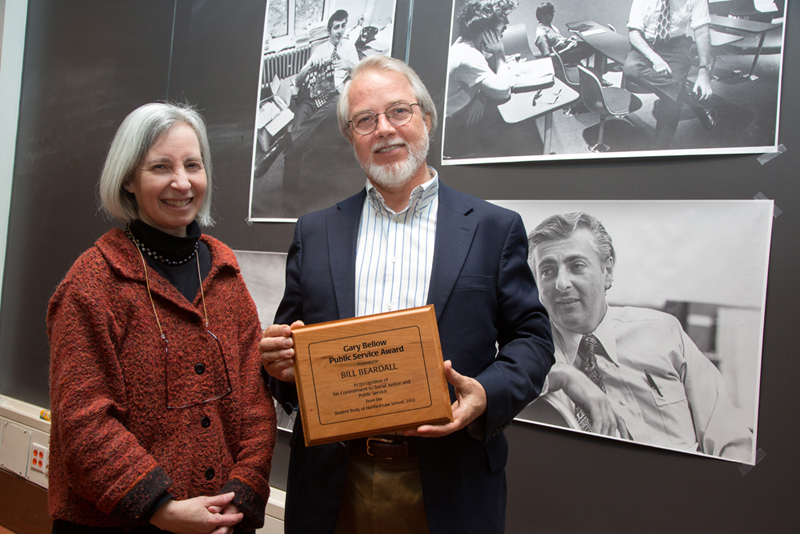 Bill Beardall, director of the Law School’s Transnational Worker Rights Clinic,  has been honored with Harvard Law School’s 2012 Gary Bellow Public Service Award. Each year the student body of  the Harvard Law School votes to present the Bellow award to an alumnus or alumna in recognition of the recipient’s work to achieve social justice through public-interest law.  Beardall was honored for his thirty-five-year career advancing justice in the workplace and in the legal system for low-income workers and families. In addition to directing the Transnational Worker Rights Clinic, Beardall also serves as executive director of the Equal Justice Center, a non-profit law firm that helps low-wage working people across Texas enforce their basic employment rights. The award was presented to Beardall April 9, 2012, in a ceremony held at the Harvard Law School in Cambridge, Massachu­setts, with Harvard Law Dean Martha Minow presiding.

Commenting on the award, Beardall remarked, “I’ve had the good fortune to work with an array of extraordinary lawyers, justice advocates, and clients who have allowed me to share in their dedication, courage, and talent and who together have advanced the march of justice.”