In this opinion piece for “Balkinizaton,” Professor Joseph Fishkin discusses potential outcomes and consequences of Evenwel v. Abbott, a case heard by the Supreme Court on Dec. 8. 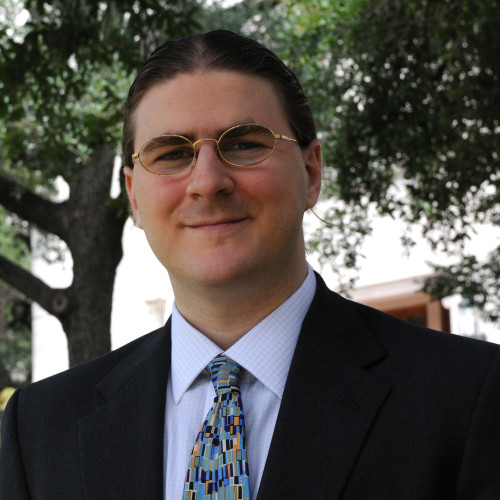 In another major Texas redistricting case, eight years ago, the Court faced the question of what to do about Congressional District 23. It was an odd wrinkle in an odd case, and frankly one that no one thought would be the major storyline emerging from LULAC v. Perry—but that is what it turned out to be. What happened was this. State legislators wanted to protect then-incumbent Henry Bonilla, a Republican, in a sprawling rural district in West Texas that was closely divided along both racial and partisan lines. Bonilla (although Latino himself) was not the choice of most Latino voters in his district, and those voters were becoming more and more active. So what did the state do? They moved heavily-Latino areas with growing numbers of voters out of the district, and moved other heavily-Latino areas into the district that contained the same number of people, but fewer voters. The result: same total population, same(ish) Latino population, but fewer actual Latino voters to worry about. It was a very clever-seeming move, one which preserved the appearance of a Latino-majority district, but one in which minority political power was nothing more than a desert mirage.

Justice Kennedy cried foul. Writing for himself at the fulcrum of a divided court, aided by some expert lawyering by Nina Perales of MALDEF, Justice Kennedy saw that it was wrong—and held that it was a violation of Section 2 of the Voting Rights Act—to deliberately pair the white areas of the district that had relatively high numbers of actual voters with a distant Latino area that had relatively low numbers of actual voters. Such a move would predictably block the emerging Latino majority in the district just as effectively as more familiar gerrymandering techniques such as packing and cracking.

Today’s oral argument in Evenwel seems miles away from LULAC v. Perry. The Evenwel argument took place on the high and arid terrain of abstract theories of voting and representation, not the factually rich, close-to-the-ground inquiries of a Voting Rights Act case.

But make no mistake about it: if the Court decides Evenwel incorrectly, it could inadvertently end up requiring—everywhere, under the Equal Protection Clause—what it correctly prohibited under the Voting Rights Act in LULAC.

The United States basically says, people. The plaintiffs say, eligible voters. The State of Texas says, whichever we want—federalism leaves it up to us. Justice Kennedy, at oral argument, seemed to be considering yet a fourth answer: “But why is one option exclusive of the other? Why can’t you have both? . . . . Why can’t you use both?” (p.34)

Mathematically, this is possible. (Justice Kennedy asked if there were “any studies on this” and indeed there is one, although nobody at oral argument seemed aware of it.) But here’s what you have to do to make it happen. If each district is going to have the same total population and the same eligible voter population, then you’re necessarily going to need to pair every area that has a relatively high proportion of eligible voters with another area that has a relatively low proportion of eligible voters. That’s where you run into trouble.

As the Justices heard at oral argument, in some areas of Texas, children are 35 percent of the population. In others, 9 percent. The number of immigrants varies wildly as well (although it’s actually the number of children that does the most work). Both of these variables are highly correlated with race—Latino Texans have more children per capita than whites. So, suppose you have an area with a low percentage of eligible voters—one with lots of children and immigrants, perhaps a heavily Latino area. Under the both-and approach Justice Kennedy seemed at oral argument to be considering, you must pair them with an area with a high percentage of eligible voters—probably a place with few children and few immigrants. Someplace older, whiter, and in most cases more Republican.

Next question. In that combined district—which you must combine, regardless of traditional districting criteria such as geography and communities of interest—who’s actually going to elect their candidate of choice? I’ll give you a hint. It’s not the low-eligible-voter side of the district. In elections, by definition, the side with more votes wins. When you have more eligible voters, you almost always have more actual voters. In a lopsided district like the one I’m describing, where the areas with high and low numbers of eligible voters also have different political preferences, the areas with low numbers of eligible voters therefore generally end up as “filler people.” In a low-turnout district they might have some say in who represents them. But when paired with a higher-turnout area, they’re swamped. Just like the Latinos of District 23 in LULAC, before Justice Kennedy intervened.

Now that last point raises an interesting problem. If these pairings of high-eligible-voter areas and low-eligible-voter areas would be as potentially devastating to minority voting strength as I am suggesting, then wouldn’t they violate Section 2 of the Voting Rights Act, just like in LULAC? The short answer is: yes. They would. If Justice Kennedy’s musings at oral argument today in Evenwel were to turn into an opinion for the Court holding that Texas must equalize both total population and eligible voter population, then Section 2 of the VRA would still protect minority voters’ opportunity to elect their candidates of choice. But it would be much more of an uphill battle, and there is no way to know exactly how far it would get. Such a “both-and” ruling seems almost perfectly calibrated to lead to lopsided pairings like the one in pre-LULAC District 23, where minority voters are present, but not voting enough to matter.