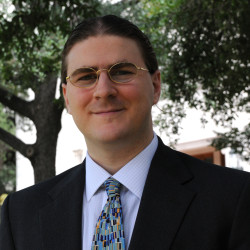 In this opinion piece for “Balkinizaton,” Professor Joseph Fishkin discusses potential outcomes and consequences of Evenwel v. Abbott, a case heard by the Supreme Court on Dec. 8.   Be careful what you wish for in Evenwel, Justice Kennedy BY JOSPEH FISHKIN In another major Texas redistricting case, eight years ago, the Court faced the […]

Assistant Professor Joseph Fishkin’s newly published book, “Bottlenecks: A New Theory of Equal Opportunity,” proposes ways of changing the opportunity structure to make it less constraining and less unequal. In the book, published in February by Oxford University Press, “bottlenecks” refer to narrow places through which one has to pass in order to reach many […]