Out of only four winners, two Texas Law alumni—Sujata Ajmera ’05 and Brian Haley ’09—have been honored with the 2021 Outstanding Young Texas Ex Award (OYTEX) presented by Texas Exes. Every year since 1979, the Texas Exes honor alumni of The University of Texas at Austin, age 39 and younger, for “significant achievements in their careers and service to the university.” And every year, chances are good an extraordinary young alum of Texas Law will be among the shortlist of honorees. This year’s list winners is no exception, as Ajmera and Haley are the 26th and 27th Texas Law alumni to be so honored. 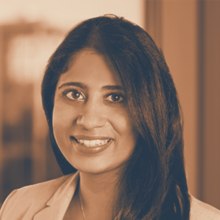 Sujata Ajmera is a Member at Clark Hill, where she represents corporate clients, academic institutions, and small to medium sized businesses in a variety of industries. She is board certified in Immigration & Nationality Law by the Texas Board of Legal Specialization. Ajmera focuses her practice on securing lawful nonimmigrant, immigrant, and citizenship status for foreign nationals, including high-level executives and managers, researchers, engineers, and specialized knowledge workers. In 2018 she was named Austinite of the Year at the Austin Under 40 Awards. She is a Trustee of the South Asian Bar Association of North America Foundation and a Foundation Board Member of the People’s Community Clinic. She also serves as a mentor to first-year law students at The University of Texas School of Law and sits on the Mentoring Program Advisory Board. 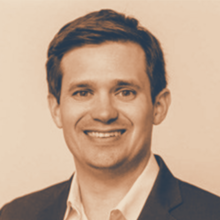 Brian Haley is the co-founder of CB Capital, an investment and real estate development firm. Previously, he worked at Limestone Capital Advisors, a private equity firm founded by Admiral Bob Inman. Haley has also served as an advisor to Governor Tim Pawlenty and Senator John McCain, leading their presidential national finance operations. He currently serves as Canada’s Honorary Consul, as a term member with the Council on Foreign Relations, and on the boards of the Texas Exes, the Blanton Museum of Art, The University of Texas at Austin College of Undergraduate Studies, the School of Law, and the UT System Chancellor’s Council Executive Committee. He was also the first student regent for The University of Texas System.

Read about the OYTEX award and other recipients at texasexes.org/about-us/awards/outstanding-young-texas-ex-award.