Driver to Return as Distinguished Visiting Professor in 2023 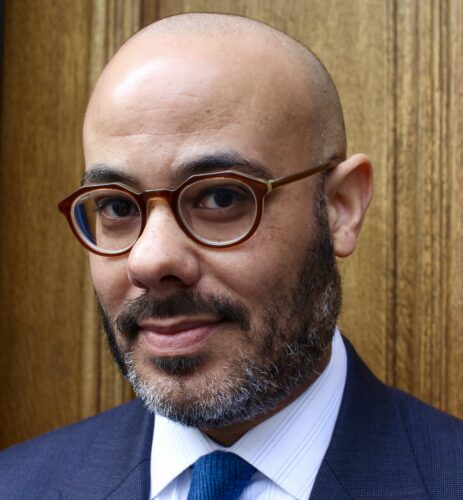 Professor Justin Driver of Yale Law School, who was a member of the Texas Law faculty from 2009 to 2014, will return to Townes Hall next semester as the law school’s inaugural Distinguished Visiting Professor. Driver, now the Robert R. Slaughter Professor of Law and Counselor to the Dean at Yale Law, will be in residence for the week of March 20, 2023, during which time he will teach, meet with students in small groups, and participate in faculty colloquia.

“I’m thrilled about returning to the University of Texas School of Law, where I was fortunate enough to begin my career in legal academia fourteen years ago,” says Driver. “I look forward to reconnecting with my many close friends on the faculty, teaching a group of students in a seminar, and becoming reacquainted with Austin – one of our nation’s great cities. I could not be more excited.”

The Distinguished Visiting Professor program is a new initiative introduced by Dean Bobby Chesney to bring renowned faculty from other institutions to Texas Law for short residencies, lasting anywhere from one week to a full semester. These special guests will find multiple ways to participate in the intellectual life of the school community, including teaching and giving public talks.

“There could be no better way to introduce this new program than to have Justin Driver back in Austin,” says Chesney. “He is one of the nation’s foremost constitutional scholars and a prolific and award-winning writer. More than that, he remains a beloved former colleague, and we are ecstatic to have him back in our midst.”

After leaving Texas in 2014, Driver joined the University of Chicago Law School, where he was the Harry N. Wyatt Professor of Law. In 2018, his book, The Schoolhouse Gate: Public Education, the Supreme Court, and the Battle for the American Mind, was released to widespread acclaim, winning many awards.

Driver, who joined the Yale faculty in 2019, is a member of the American Law Institute and the American Academy of Arts and Sciences. In the past year, he was a Commissioner for the Presidential Commission on the Supreme Court of the United States.

For a full list of Prof. Driver’s publications and accomplishments, visit his faculty profile page and CV on the Yale Law School site.