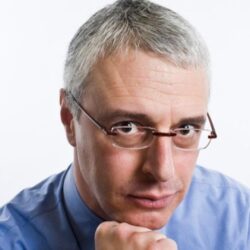 A professor at The University of Texas at Austin has been awarded one of the most prestigious book awards in the social sciences. Ran Hirschl, a professor of government and the Earl E. Sheffield Regents Chair in Law, was recognized with the 2021 Stein Rokkan Prize for Comparative Social Science Research for his book, City, State: […] 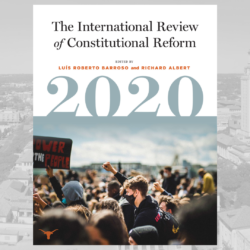 The Constitutional Studies Program is pleased to announce the publication of its first book at The University of Texas, The 2020 International Review of Constitutional Reform. This is a first-of-its-kind global scholarly collaboration to map and evaluate all forms of constitutional revision around the world over the past year. The book features 70 reports written […] 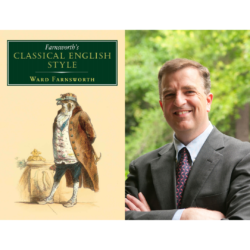 Assistant Professor Joseph Fishkin’s newly published book, “Bottlenecks: A New Theory of Equal Opportunity,” proposes ways of changing the opportunity structure to make it less constraining and less unequal. In the book, published in February by Oxford University Press, “bottlenecks” refer to narrow places through which one has to pass in order to reach many […]

The American Society of International Law (ASIL) selected a new book co-authored by Professor Derek Jinks for its 2014 Certificate of Merit for a Preeminent Contribution to Creative Scholarship award. The award is one of three given annually to international law books by the ASIL, a scholarly society. “Socializing States: Promoting Human Rights through International […]

To help prepare students and new lawyers for these forms of writing, Law School writing lecturers Kamela Bridges and Wayne Schiess have written a book, Writing for Litigation, organized around the types of documents a trial lawyer writes, from an engagement letter at the beginning of a case to jury instructions at the end.

University of Texas School of Law Professor Julius G. Getman’s new book, Restoring the Power of Unions: It Takes a Movement, has been chosen as the best book on labor organizing in the private sector by Union Privilege, the member benefits arm of the AFL-CIO. The book, published by Yale University Press, will be released on June 27.