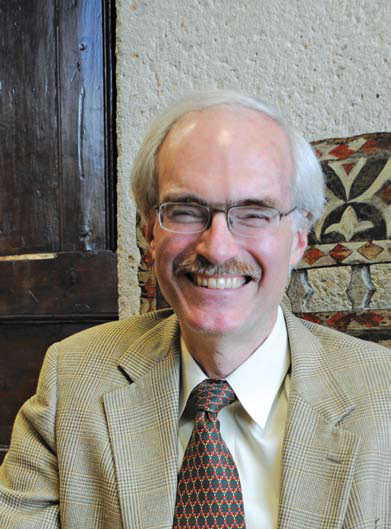 Professor Robert Bone, a leading civil procedure and intellectual property scholar known for his interdisciplinary and theoretical work, will begin teaching at the Law School in Spring 2010. Bone is currently the Robert Kent Professor in Civil Procedure at Boston University School of Law. Commenting on his scholarship, Bone said: “I bring law and economics, political theory, and history to bear on the legal issues I analyze. My work in civil procedure focuses on complex litigation, rulemaking, procedural reform, and procedure history and theory. My work in intellectual property focuses on trade secrets and trademark law.”

Bone recently published an article on pleading rules and court access, entitled “Twombly, Pleading Rules, and the Regulation of Court Access” 94 Iowa Law Review 873 (2009), and he has a related article, “Plausibility Pleading Revisited and Revised: A Comment on Ashcroft v. Iqbal,” which is due to be published in the spring. Both articles address the controversial issue of how much a plaintiff must plead to avoid dismissal and gain access to discovery. “The reason pleading is such a hot topic these days has to do with two recent decisions of the United States Supreme Court: Bell Atlantic Corp. v. Twombly and Ashcroft v. Iqbal,” Bone said. “Both decisions increase the amount of factual detail a plaintiff must plead, and they do so Robert Bone in order to screen frivolous suits. The problem is that onerous pleading requirements make it more difficult for meritorious plaintiffs to sue. In particular, Twombly holds that plaintiffs must include enough factual detail in their complaints to support a ‘plausible’ inference of each of the elements of their legal claim. My article analyzes what the Twombly Court means by ‘plausible’ and examines more generally the normative issues at stake in designing appropriate pleading standards. I argue that Twombly’s plausibility standard is not as strict as many people assume and that a stricter standard is not the optimal means to deter frivolous suits in many cases. My second article on this subject criticizes the way the Supreme Court applies the plausibility standard in Ashcroft v. Iqbal. I argue that the Iqbal Court’s two pronged-approach is incoherent and that the Court unwisely applies a stricter version of plausibility than the Twombly Court did and takes a more aggressive approach to screening suits at the pleading stage.”

Bone also recently finished a contribution to a book on trade secret law. Bone’s contribution examines the history and policy behind the rule that an owner must implement reasonable secrecy precautions (RSP) before its information can qualify for trade secret protection. “The puzzle is to explain the RSP requirement when trade secret law already requires that information be secret in fact,” Bone said. “In other words, why require investment in precautions if information is secret anyway? I argue that the RSP requirement is historically rooted in a formalistic natural-rights-based property theory that was popular in the late nineteenth century. This theory was rejected by the legal realists in the early twentieth century and as a result the RSP requirement lost its normative support. Courts and commentators ever since have tried to justify the requirement on functional grounds, but none of these justifications works terribly well. I offer three new justifications, two based on minimizing enforcement costs and one based on harnessing signaling benefits. While these justifications have some merit, they also suffer from serious weaknesses. I conclude that it might be optimal to eliminate the RSP requirement altogether, but that we should analyze the enforcement cost and signaling arguments more carefully before doing so. In addition, I argue that if the RSP requirement is retained, it should be reformulated so that its doctrinal elements fit its most compelling policy justifications.”

Upon his arrival at the Law School, Bone will teach first-year Civil Procedure for the spring semester. In subsequent years, he expects to teach upper-level courses and seminars in intellectual property and complex litigation as well. He is currently writing a civil procedure casebook with Professor Lawrence Solum of the University of Illinois College of Law and is working on a book that explores the history of procedural reform movements in the United States and critically examines current reform efforts.

“I hope my students come away from my classes having developed and honed their ability to probe complex legal issues rigorously and to construct persuasive legal arguments from doctrine, policy, and theory,” Bone said. “Students must master the legal rules and principles, of course, but developing strong legal analytic skills is at least as important and also critical to a successful and satisfying legal career.”