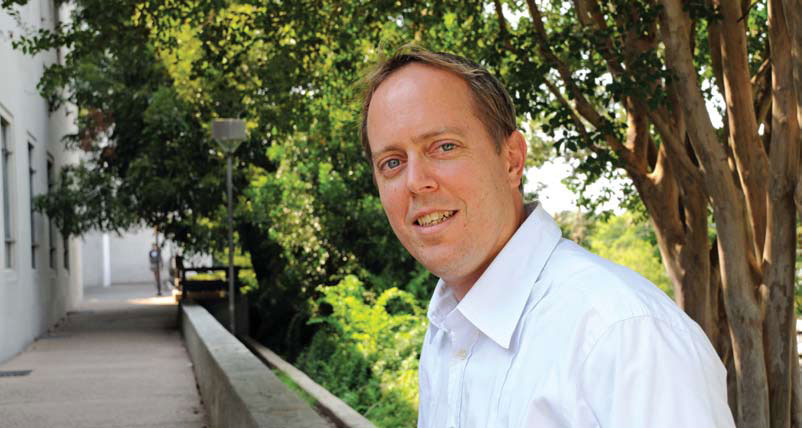 Professor Ronen Avraham comes to the Law School from Northwestern Law, where he has taught since 2003. He is an expert on the economic analysis of torts, property, and contracts; distribution in the law; and behavioral economics and the law. He will teach a law and economics colloquium and two courses on insurance law, including an online summer course.

Avrahams’s research and interest in contract theory, theories of justice, and tort and healthcare law could not come at a more relevant time. He has been busily researching legal frameworks for healthcare reform just as the subject has become a major and heated political battlefield.

“The summer of 2009 has been characterized by hyperactivity in Washington over tort and healthcare reform,” Avraham said. “Tort reform is about limiting the liability of medical providers. Healthcare reform is about minimizing skyrocketing healthcare costs while maximizing patient safety. Many different interest groups push for one type of reform but not the other. My view is that there is a theoretical, politics-free justification to bundle
the two types of reform together.”

Avraham has received grants from the Searle Foundation to study tort reform and pain-and-suffering damages, and from the National Science Foundation to create a database of state tort law reforms from 1960 to 2004. He has written several articles on tort reform and healthcare based on those datasets, including two forthcoming articles that examine the measurable
effects of tort reform initiatives. The first, “The Impact of Tort Reform on Employer-Sponsored Health Insurance Premiums,” was coauthored with colleagues from Northwestern University, Leemore Dafny and Max Schanzenbach. The second, “The Impact of Tort Reform on Private Health Insurance Coverage,” was coauthored with Max Schanzenbach.

This research has led him to develop a new approach to the problem. “Under my plan, providers will get immunity from medical malpractice if, and only if, they follow evidence-based clinical-practice guidelines to be promulgated by what I call private regulators, private firms offering liability protection to
complying doctors, which could decrease malpractice lawsuits. Through my current research I describe the legal infrastructure required to establish a system in which private firms (not the government, not health associations, and not courts) compete to better regulate medical practice.”

This emphasis on providing legal frameworks for meaningful policy reforms forms a common thread throughout Avraham’s work. “I hope to find ways in which the law can be helpful in achieving policy goals, be it via theoretical models, empirical work, or any other research method,” he said. “Most importantly, I hope to show how the law can serve as a carrot rather than a stick in regulating optimal behavior, especially in the healthcare realm.”

Avraham is a 1998 graduate of Bar Ilan University School of Law in Ramat Gan, Israel, and also holds a master’s degree in finance from the same university. He also earned an LLM and SJD from the University of Michigan Law School, in 1999 and 2003, respectively. He clerked for the Honorable Theodore Or at the Israeli Supreme Court.

Avraham said he hopes his research and teaching can inspire students to use their legal training to engage with the world of policy. “I hope students will take from my class optimism that the law can make the world better, the passion to do it, and an understanding of how hard it is,” he said.