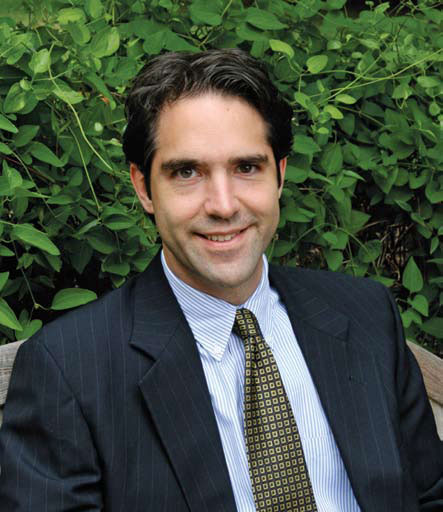 Charles I. Francis Professor in Law

Robert M . Chesney is a national-security law and policy specialist, with a particular interest in counterterrorism policy. He comes to the Law School from Wake Forest University School of Law, where he won several law school teaching awards, including the 2004 Jurist Award for Excellence in Teaching and the 2007 Joseph Branch Excellence in Teaching Award. He teaches the basic survey course in national security law, an introductory constitutional law course, and a seminar on the intersection of law, terrorism, and counterterrorism policy.

Chesney has published extensively on topics ranging from detention and prosecution in the counterterrorism context to the state secrets privilege, about which he has testified before Congress. Recent publications include: “National Security Fact Deference,” Virginia Law Review (forthcoming 2009); “Terrorism and the Convergence of Criminal and Military Detention Models,” 60 Stanford Law Review 1079 (2008, with Jack Goldsmith); “Beyond Conspiracy? Preventative Prosecution and the Challenge of Unaffiliated Terrorism,” 80 Southern California Law Review 425 (2007); and “State Secrets and the Limits of National Security Litigation,” 75 George Washington Law Review 1249 (2007).

He is currently working on a book, under contract with Oxford University Press, Judging National Security, concerning the evolving judicial role in national security affairs. He is also a frequent contributor to popular media, including the New York Times, the Washington Post, National Journal, the National Law Journal, the Christian Science Monitor, and National Public Radio.

This summer, Chesney served in the U.S. Department of Justice as a special advisor to its Detainee Policy Task Force, which President Barack Obama set up to assess the full range of options for the apprehension, detention, trial, and disposition of people captured in connection with combat or counterterrorism operations. This experience will undoubtedly lend a unique perspective to Chesney’s teaching. “I want my students to develop a sophisticated understanding of how a particular body of law works (including where the law has been in the past, where it is today, where it might go in the future, and the elements that contribute to this change), and I also hope to improve their ability to make and criticize legal arguments in a professional fashion,” Chesney said. “For the upper-level students, I’m interested in all these things, but I’m also interested in improving the ability of students to integrate multiple areas of law while dealing with a particular problem, for example, addressing a national security legal issue with reference to constitutional issues, international law issues, and statutory issues.”

“UT Law is an extraordinary place,” Chesney said. “Because it’s part of a large research university, there are many opportunities for collaborative projects and interaction with researchers from disciplines outside my own. The Robert S. Strauss Center for International Security and Law, for example, promotes a genuinely interdisciplinary approach to policy-relevant scholarship and dialogue
in my area of interest. And the students here tend to have tremendous confidence in themselves, as well as a clear understanding of what they hope to get out of their degrees. As a result, people aim very high. That’s just the way it ought to be.”