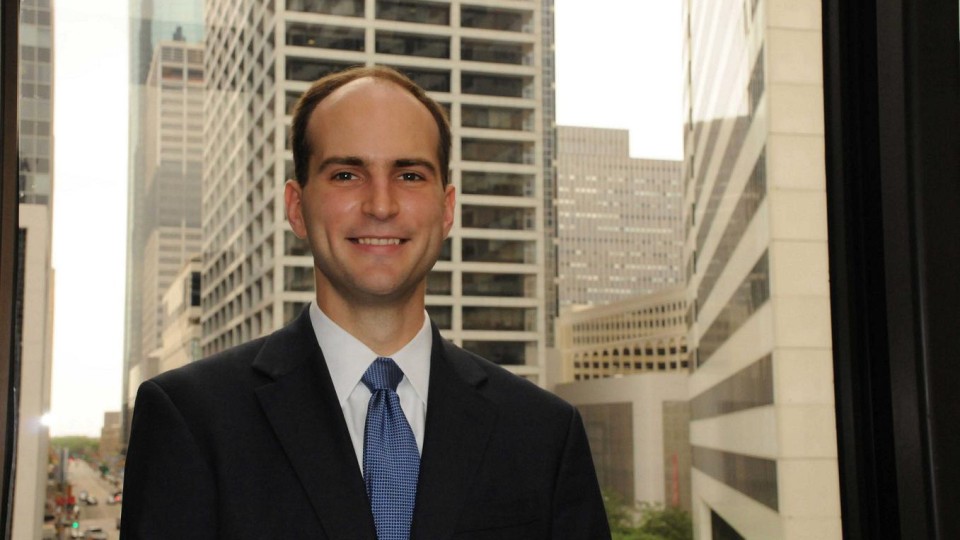 William Peterson, ’08, has accepted an appointment to serve as a clerk for U.S. Supreme Court Justice Clarence Thomas during the Court’s 2010–2011 term.

After he graduated in 2008, Peterson worked as a clerk for Chief Judge Edith Jones, ’74, of the Fifth Circuit Court of Appeals. In 2009, he joined Beck, Redden & Secrest LLP in Houston, a litigation boutique that specializes in civil trials and appeals. He said the work in both a court and in private practice had helped prepare him for a job at the nation’s highest court. “Clerking for Chief Judge Jones was an educational and rewarding experience. I particularly valued the opportunities to discuss cases with the Judge and to learn how she approaches the law,” he said. “Working at Beck, Redden & Secrest provided an additional perspective, revealing how these sometime-abstract rules of law affect the attorneys who advise clients, try cases, and handle the appeals. As a young associate, I saw all sides of litigation and received significant responsibilities, including arguing before the Fourteenth Court of Appeals.” As interesting as such work is, clerking at the Supreme Court is not an opportunity to let pass by. “Just being invited to interview with Justice Thomas was an honor, and I was overwhelmed when I received the phone call offering me the clerkship. Of course I accepted as quickly as I could.”

Peterson will begin clerking for Justice Thomas as another UT Law alumnus, Scott Keller, ’07, finishes a clerkship for Justice Anthony Kennedy, illustrating the high quality of Law School graduates, and the strength of its educational program. “Certainly nothing in my career would have been possible without the education I received from UT Law,” Peterson said. “The most important part was developing a love of the law. My professors truly cared about the subjects they taught and worked to share this passion with their students.”

Peterson said he expects to return to private practice after the clerkship.