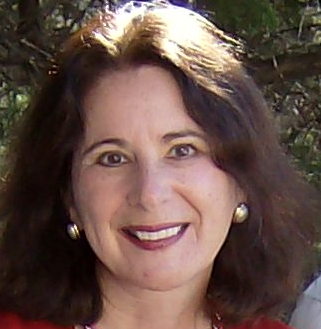 Alex Wilson Albright is a senior lecturer and former associate dean at the Law School, where she teaches Texas Civil Procedure and Alternate Dispute Resolution. She has been a member of the Texas Supreme Court Advisory Committee on Court Rules since 1993, and played a key role in redrafting the discovery rules that went into effect in January 1999. She is the author of a casebook on Texas Civil Procedure that has been adopted at nearly every Texas law school. She is also coauthor of the Handbook on Texas Discovery Practice and has written numerous articles. She is a member of the American Law Institute and the Texas Bar Foundation.

Barbara Bintliff is the Joseph C. Hutcheson Professor in Law and director of the Tarlton Law Library/Jamail Center for Legal Research. She came to the position in the fall of 2010, after serving as director of the William A. Wise Law Library and Nicholas Rosenbaum Professor of Law at the University of Colorado. She is an expert in the authentication of electronic legal resources, and serves as reporter for a Drafting Committee of the National Conference of Commissioners of Uniform State Law that has written a uniform law on this topic. Her research interests include the development of a signature pedagogy for legal research education and studying the differences between print and electronic information retrieval. Her recent works include Public Services in the 21st Century: Evolution and Innovation and Teaching Legal Research. She is co-author of the forthcoming 10th edition of Fundamentals of Legal Research. She serves on the editorial board of several journals, and contributes regularly to the scholarly and professional literature through articles, reviews, and other publications. She is also an elected member of the American Law Institute.

Linda Mullenix holds the Morris & Rita Atlas Chair in Advocacy at the University of Texas School of Law. She teaches Federal Civil Procedure, Mass Tort Litigation, and Class Actions and has taught Federal Courts and Conflicts Of Law. Mullenix has published ten books and hundreds of articles on complex litigation, federal courts, and civil procedure, including Leading Cases in Civil Procedure, Mass Tort Litigation, and Federal Courts in the Twenty-first Century. In 2007 she held the Fulbright Senior Distinguished Chair in Law at the University of Trento, Italy. In 2002, she was a scholar-in-residence at the Rockefeller Foundation Bellagio Study Center in Bellagio, Italy. She has been a visiting professor at Harvard Law School and the University of Michigan Law School, as well as a number of other institutions. She is an elected member of the American Law Institute and the International Association of Procedural Law. She has been a regular columnist for the National Law Journal for twenty years, writing about complex litigation.

Michael Sturley holds the Fannie Coplin Regents Chair at the Law School and is an expert in admiralty law and Supreme Court practice. He teaches and writes in the areas of admiralty, property, and commercial law, and he codirects the Law School’s Supreme Court Clinic. He is the author of The Rotterdam Rules: The UN Convention on Contracts for the International Carriage of Goods Wholly or Partly by Sea (Sweet & Maxwell, 2010) and The Legislative History of the Carriage of Goods by Sea Act and the Travaux Préparatoires of the Hague Rules (Rothman, 1990); a coauthor of Admiralty and Maritime Law in the United States (Carolina Academic Press, 2d ed. 2008); and the author of numerous law review articles and book chapters on admiralty and other subjects. He serves as the senior advisor on the U.S. delegation to a Working Group of the U.N. Commission on International Trade Law (UNCITRAL), a member of the UNCITRAL Secretariat’s Experts’ Group on Transport Law, a Titulary Member of the Comité Maritime International, and an elected member of the American Law Institute. He regularly speaks at maritime law conferences in the United States and around the world.

The Fellows of the American Bar Association is an honorary organization of lawyers, judges, and legal scholars “whose public and private careers have demonstrated outstanding dedication to the welfare of their communities and to the highest principles of the legal profession.” Fellows are nominated by their peers.