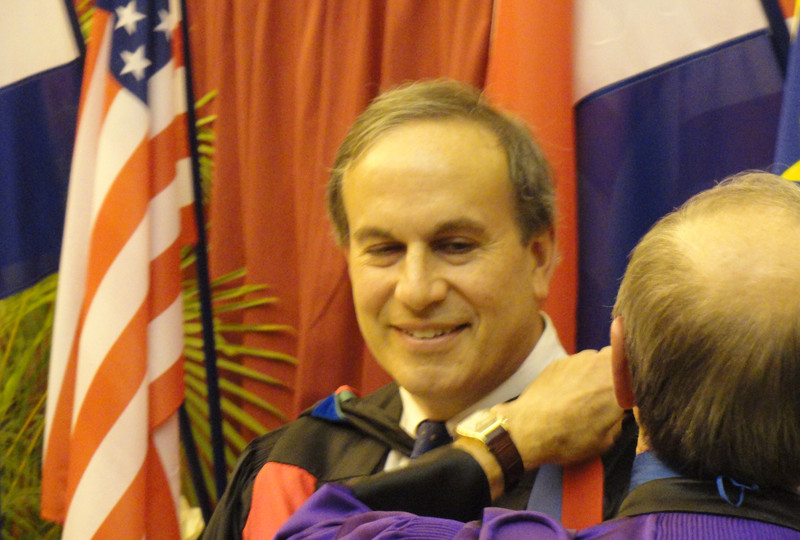 Professor William Sage, who serves as the University of Texas at Austin’s vice provost for health affairs and holds the James R. Dougherty Chair for Faculty Excellence at the School of Law, has been awarded the degree docteur honoris causa by the Université Paris Descartes.  Sage, who was selected because of his work in health law and policy, was one of five honorees in a ceremony held in Paris on November 15, 2011.  The other recipients were an epidemiologist from the University of Leiden; a psychologist from Stanford; an anthropologist from the University of Chicago; and a professor of regenerative dentistry from the University of Illinois.  The Université Paris Descartes is one of the Sorbonne Paris Cité institutions and houses France’s premier medical school and many other programs, including an institute for law and health.  Honorary doctorates are awarded by the university every two years; previous American recipients have included Nobel laureate in economics Kenneth Arrow and former editor-in-chief of the New England Journal of Medicine Jerome Kassirer.