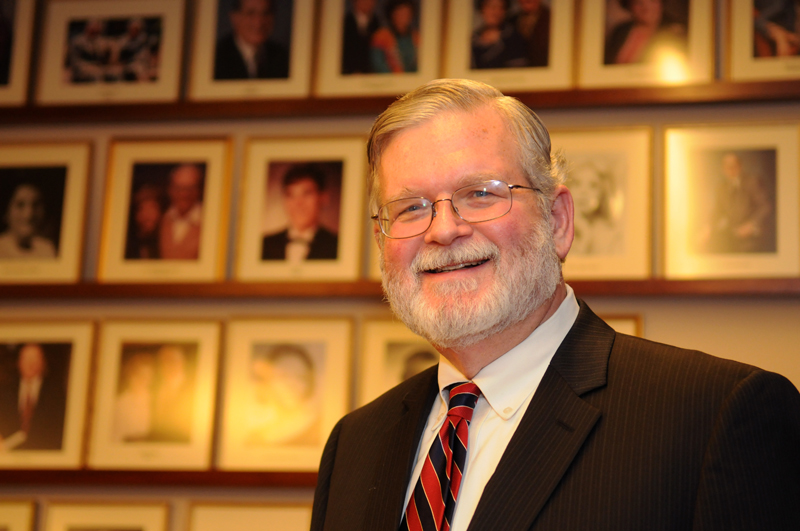 On February 9, 2012, the Texas Journal of Oil, Gas, and Energy Law awarded the 2012 Ernest E. Smith Lifetime Achievement Award to Glenn E. Johnson, partner at Kelly Hart & Hallman LLP. This prestigious award is given to a distinguished attorney who has made significant contributions to the oil, gas, and energy industry.

Johnson has been recognized in Chambers as a leader in energy regulation and litigation in Texas, and has been included in Best Lawyers in America since 1995. He has also been identified as a “Super Lawyer” in Administrative Law by Texas Monthly yearly since 2004.

The Ernest E. Smith Lifetime Achievement Award honors practitioners who have participated in the advancement of natural resources law, policy, or scholarship. The award is named after Professor Ernest E. Smith, the Rex G. Baker Centennial Chair in Natural Resources Law at the Law School. Considered the preeminent specialist in oil, gas, and energy law, Smith cowrote leading casebook Oil and Gas Law and leading treatise Texas Law of Oil and Gas. He created the first-ever wind-power law class to be taught at an American law school. He also teaches property law. Smith recently received the Massey Teaching Excellence Award, which is given to a law professor who “epitomizes the School’s priority of providing the highest quality of teaching to its students.” Smith also serves as a faculty advisor to the Texas Journal of Oil, Gas, and Energy Law.

The Texas Journal of Oil, Gas, and Energy Law is the only entirely student-run energy publication in the country, and one of the largest publications at the Law School. In addition to publishing articles on oil, gas, and energy topics twice a year, the Journal hosts a two-day continuing legal education symposium in conjunction with its banquet. This year’s symposium took place on February 9–10, 2012, at the Etter-Harbin Alumni Center. The Symposium featured topics including solar energy, Dodd-Frank, international energy transactions, MLPs, and hydraulic fracturing. Speakers included external and in-house practitioners, and law and business professors.