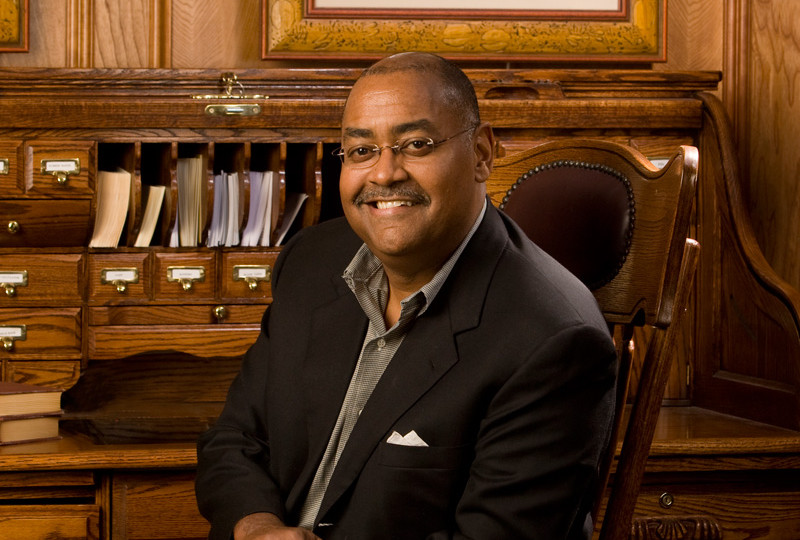 The 2013 Sunflower Ceremony—the Law School’s signature graduation event—will be held on Saturday, May 18, 2012 at 3:30 p.m. at the Frank Erwin Jr. Special Events Center on the University of Texas at Austin campus. Degree candidates, their families, and friends are invited to celebrate the accomplishments of the graduating class of 2013. At 2:30 p.m., prior to the Sunflower Ceremony, all degree candidates are invited to gather in the Erwin Center’s Lone Star Room.

This year’s keynote address will be delivered by Senator Rodney Ellis, ’79. Ellis was born and raised in Houston’s Sunnyside neighborhood, and is a product of the Texas public school system from grade school through law school. Elected to the Texas Senate in 1990, Ellis has earned praise as a leader on economic development, education, civil rights, budget, responsible environmental policy, tax cuts for the middle class, criminal justice, and workforce development policy. Before joining the Texas Senate, Ellis served three terms on the Houston City Council, and as chief of staff to the late U.S. Congressman Mickey Leland. He holds a bachelor’s degree from Texas Southern University, a master’s degree from the Lyndon B. Johnson School of Public Affairs, and a JD from the University of Texas School of Law. He has also studied at Xavier University of New Orleans and the London School of Economics.

Ellis has passed over five hundred pieces of legislation and is recognized nationally for his leadership on increasing greater access to college for high-achieving Texas students, championing criminal justice reforms to protect the innocent and hold the guilty accountable, and fighting to provide quality affordable health care to the most vulnerable Texans, and many other issues. He is the proud founder of the Texas Legislative Internship Program (TLIP). Since TLIP’s inception, it has become the largest legislative internship program in the state and has provided nearly four hundred young people the opportunity to develop hands-on skills while making a difference in Texas politics and public policy.

He is the current chair of the Senate Committee on Open Government, which investigates how to improve the transparency of state government. He is also a member of the Senate State Affairs, Criminal Justice, Transportation, and Government Organization committees. In past sessions, he chaired the Senate Finance, Jurisprudence, and Intergovernmental Relations committees. Senator Ellis currently serves on the University of Texas School of Law Foundation Board, the Council on Foreign Relations, the Rainbow PUSH Coalition Board of Directors, and the Barbara Jordan Freedom Foundation. He also chairs the Board of Directors for the Innocence Project, Inc. of New York, and co-chairs the Commission to Engage African Americans on Climate Change.

The Law School’s Sunflower Ceremony is a unique commencement program. For fifteen or twenty years after the University was established in 1883, no graduates of any of its schools wore the cap and gown to graduation ceremonies. One spring around the turn of the century, a salesperson called, offering to rent seniors caps and gowns. A committee of faculty and seniors met to consider this offer. At that time, the School of Law was in the basement of the Main building. No one thought to send a message downstairs and invite even a few law seniors to the meeting.

The committee decided that the senior class would look very good graduating in caps and gowns. An order went out that all seniors were to wear the cap and gown to the commencement. The law students met. Because they had not been invited to the original meeting and had not been consulted on the advisability of this new mandate, they rejected the call to wear caps and gowns. Perhaps foreshadowing later events, they then formulated the reason underlying their decision, namely, that caps and gowns at such a time were traditional to, and representative of, the academic school and not the professional school. They granted the point that judges had worn the wig and gown for centuries, but they contended it was worn for a purpose entirely distinct from the purpose here proposed. However, the senior law students did agree to wear white suits.

The President and the faculty conferred and decreed that the law students must either conform to the wishes of the senior class or wear a significant insignia at the graduation exercises. It was not in a spirit of conciliation or in appreciation of the dignity of the occasion that the sunflower was chosen as the “distinctive insignia.” Once more reasons were advanced, this time to justify the choice of the flower: The sunflower, genus Helianthus, belongs to a family with worldwide distribution. So, also, do lawyers. And as the sunflower always keeps its face turned to the sun, the lawyer turns to the light of justice.