Professor William Sage was recently featured on the Health Affairs Blog for a gripping article he wrote on the first major health care dispute involving the Employee Retirement Income Security Act of 1974 (ERISA) that reached the Supreme Court in over a decade. This is the second article by Professor Sage to be featured by the Health Affairs Blog in 2015. We reprint it here with their permission. 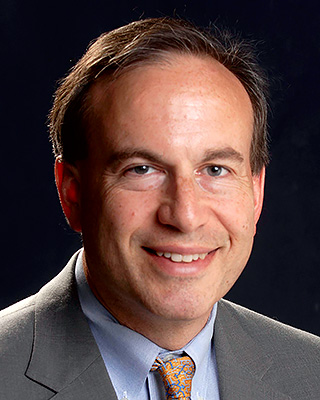 The case involves a challenge by a national employer that self-insures health coverage for its workforce to the validity of a Vermont law requiring comprehensive health care claims data to be reported to the state’s “All-Payer Claims Database.” Following its progress through the courts reminds me why—throughout the 1990s and into the 2000s—I explained to every class of Health Law students I taught that ERISA was the most important law affecting private health insurance in the United States.

The ERISA Background
Half the American population continues to access health coverage as a fringe benefit of private employment, laying a health policy foundation on which the Affordable Care Act (ACA) built and which it altered only slightly. Because ERISA governs these “welfare benefit plans,” how courts interpret the law is of practical importance to thousands of companies across the country and roughly 150 million covered workers and dependents. Ideologically, ERISA represents the outcome of a hard-fought political battle between management and labor during the economic turmoil of the early 1970s: corporate America agreed to strict government regulation of workers’ pensions on condition that such regulation come in a single package from Congress and the U.S. Department of Labor, not separately from each of the 50 states.

For the Gobeille litigation, the principal consequence of that political settlement was Congress’s unusually strong statement in ERISA of the primacy of federal over state law, referred to generally in statutory interpretation as “preemption.” ERISA preemption also substantially shields big business from private litigation, since trial lawyers have far less influence in Congress than in statehouses. (From the mouth of a celebrated plaintiff’s lawyer, overheard years ago in Los Angeles federal court: “My claim can’t be preempted by ERISA, Your Honor. I don’t know anything about ERISA.”)

Moreover, the lawmakers debating ERISA were so concerned about protecting retirement pensions that, apart from preemption, they almost completely ignored ERISA’s application to health coverage — even though the same committees of the same Congress drafted the HMO Act of 1973. ERISA therefore invalidates many legal rights and remedies involving health coverage that would otherwise exist under state law, through state regulations and claims in private lawsuits, without substituting a detailed federal regulatory scheme. Health lawyers often describe this phenomenon as the “ERISA vacuum” — a metaphor distinct from the “giant sucking sound” that certain other stakeholders associate with federal legislation.

As an aside, what ERISA requires as opposed to what it precludes also raises interesting issues. The ERISA statute anchors what one might call the “federal law of trusts,” inviting United States district judges and the appellate jurists who review them to perform tasks steeped in judicial history but rare in federal court today. These include enforcing duties of loyalty based on “fiduciary” status, crafting “equitable” remedies instead of awarding simple damages, and building a national “common law” of (limited) obligation of employers to workers who receive more than cash compensation. These issues arose in managed care litigation 15 years ago (Pegram v. Herdrich, 2000, which also curiously featured an insurance company as an ordinary ERISA employer rather than as a health system participant), but the Court declined to apply them to health care providers and they are not at play in Gobeille.

The Issues In Gobeille
The question in Gobeille is whether the “ERISA vacuum” renders Vermont unable to require Blue Cross, as third party administrator of Liberty Mutual’s self-insured employee health plan, to report data about the health care received by plan beneficiaries and the insurance claims associated with that care. Approximately 15 states currently operate All-Payer Claims Databases, using the information to further the public interest with respect to a variety of important health policy issues. Leaving aside the arguable inadequacies of claims data to support a “learning health care system,” All-Payer Claims Databases have been endorsed by many health care advocates, researchers, and policymakers, including the U.S. Department of Health and Human Services.

The oral arguments were lawyerly and effective, with both advocates and arbiters displaying the intellect and good nature that on the best days make Supreme Court sessions so engaging. The justices, moreover, did not seem to cleave along the usual ideological planes, arguing instead about more quotidian factual and legal issues that bear on the question of preemption.

Having lost in the Court of Appeals for the Second Circuit, Vermont argued first as petitioner seeking reversal. Vermont was ably represented by state solicitor general Bridget Asay, who had also argued to the Supreme Court (unsuccessfully) in defense of the state’s restrictions on commercial mining of physician prescribing data, which was overturned on First Amendment grounds in Sorrell v. IMS Health (2011). Vermont ceded some of its allotted courtroom time to the United States itself (assistant to the Solicitor General John Bash arguing as amicus curiae), which is always a smart strategic move for Supreme Court litigants but in this case has a strange bedfellows quality that was noted by the justices: Vermont claims a privilege to regulate independently despite Congress having conferred extensive authority on a federal administrative agency, and the Obama administration apparently agrees with it.

Oddly, the feds opposed Vermont’s petition for Supreme Court review, apparently preferring to have lost (or did they win?) in one part of the country to avoid potentially losing (winning?) everywhere, and changed sides only after certiorari was nonetheless granted. More minor curiosities: although respondent Liberty Mutual is an insurance company, its role in the case is merely as a run-of-the-mill private employer; and Seth Waxman, who argued the case on Liberty Mutual’s behalf, served as solicitor general in the second Clinton administration.

The scope of ERISA preemption has occupied the Supreme Court for decades, with several cases involving health care — most recently Aetna Health, Inc. v. Davila (2004) and Rush Prudential HMO, Inc. v. Moran (2002). ERISA can preempt state law in two different ways, both of which have been accorded unusual strength by the Court.

First, preemption is implied whenever a state law conflicts with a federal law. In the ERISA context, conflict preemption usually precludes private lawsuits seeking alternative remedies under state law, such as damages for pain and suffering, that are not available under the statute’s civil enforcement provisions. Moreover, defendants facing these suits in state court can transfer them to federal court for dismissal, a jurisdictional privilege termed “complete preemption.”

Second, section 514 of the ERISA statute expressly preempts state laws that “relate to” employee benefit plans, except for laws involving insurance, banking, or securities, with the additional caveat that states are prohibited from “deeming” self-insured plans to be insurance for the purpose of regulating them. Until 1995, the Court interpreted “relate to” very broadly, essentially rendering any challenged state law invalid unless it regulated insurance, in which case it could be applied to fully insured employee benefit plans but not to self-insured arrangements such as Liberty Mutual’s.

That year, however, the Court ruled in New York State Conference of Blue Cross and Blue Shield Plans v. Traveler’s Insurance Co. that a state tax on hospital bills that increased costs for many employee benefit plans had only an “indirect” effect that was “not substantial” nor “unduly burdensome” with respect to benefit design or plan administration, and therefore did not come within the scope of section 514 at all.

Vermont’s argument in Gobeille is that its All-Payer Claims Database law meets the Traveler’s standard because it is a health care law, not a benefits or insurance law (which still couldn’t be applied to self-insured plans); does not constrain Liberty Mutual’s plan design or impose a substantial compliance burden; and does not conflict with ERISA because the Department of Labor has not issued regulations requiring plans to report clinical or claims data.

Liberty Mutual’s counterargument is that the Vermont law depends on benefits administration for its effectiveness; that reporting obligations are a core function of ERISA; and that Congress in enacting ERISA clearly intended to spare self-insured employers the potential burden of multiple, possibly inconsistent state mandates. Mr. Waxman more colorfully described Vermont’s position as a “crazy notion” that would convert the ERISA vacuum into an “ERISA accordion” and invite state regulatory musicians to chime in whenever the feds had neglected to fully expand their bellows.

What Might The Court Do, And How Much Will It Matter?
In my view, most of the justices who participated in oral argument were inclined to support Liberty Mutual and affirm the lower court’s decision. Several were concerned about the potential for multiple, burdensome state claims reporting laws, particularly given that the ACA had specifically authorized the Department of Labor to collect similar health care information. Vermont’s rebuttal—that federal health care laws amending ERISA (e.g., HIPAA in 1996 and the ACA in 2010) had specified that no change was being made to preemption—seemed unpersuasive, those amendments almost certainly being intended to preserve the delicate political bargain underlying ERISA and to signal to the trial lawyers that they were still unwelcome.

As a practical matter, what the Court decides may not mean much for All-Payer Claims Databases. If Vermont prevails and other states pile on, large national employers can ask the Department of Labor to issue reporting regulations that would render conflicting state requirements invalid. If Liberty Mutual prevails, Vermont can ask the Department of Labor for a formal waiver (which it probably has authority to grant) allowing its law to be enforced. These possibilities also demonstrate that ERISA federalism, like other evolving areas of law, is no longer a simple question of state versus federal control but has become subject to shared governance based on statute. Still, the justices may use the case to partially extricate the Court from the ERISA preemption morass by applying somewhat less idiosyncratic legal standards such as “field preemption,” though the tripartite structure of Section 514 would make defining the preempted field somewhat difficult.

Ultimately, of course, the scope of ERISA preemption is determined by what Congress intends, and Congress is free to alter legislatively whatever interpretation the Court offers. But this is unlikely, and not only because the current political climate has been poisoned by extreme partisanship and consequent gridlock. It seems to be the very nature of ERISA. The statute’s ambiguities and omissions, and the Court’s periodic interpretive decisions, provide fascinating work for litigators and supply great teaching material for law professors, but the most interesting question for the health policy community about ERISA remains why Congress so seldom deigns to fix it.