As the holiday season approaches, Clinical Professor Denise Gilman discusses the growing number of Central American families seeking asylum in the United States and the hardships that they face on a daily basis in this op-ed for the Houston Chronicle. 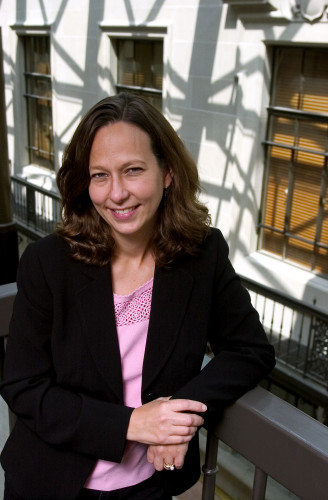 As my family and I enter the holiday season, I struggle to feel the usual joy. My thoughts are with the Central American families who have fled blood-curdling violence in their home countries only to face lockdown detention upon arriving in the United States.

At the University of Texas School of Law’s Immigration Clinic, my students and I represent Central American children and mothers seeking asylum. We know that many will be unable to share a hug, a prayer or a family meal with loved ones for the holidays, because they will be held in immigration jails.

This country can and should live up to its well-earned reputation for offering compassion and refuge. Rather than detaining Central American families, the Department of Homeland Security should quickly process and release them at the border, placing them before the immigration courts to pursue asylum.

Sadly, the federal government has taken the opposite approach.

Although overall numbers of unlawful border crossings are at historic lows and net migration from Mexico is now negative, the number of asylum-seeking children and families from Central America has increased. There is a simple explanation — the human rights situation in Guatemala, Honduras and El Salvador is awful.

The region has some of the highest murder rates in the world, and domestic violence and targeted gang attacks are rampant. Based on this danger, many arriving Central American families have valid asylum-related claims under U.S. law. However, they must present their cases before immigration authorities to receive protection.

What defies comprehension is the government’s treatment of the families. Beginning in 2014, the federal government chose to treat these families as a threat that requires a law enforcement response, including widespread immigration detention.

The policy deems women, children and other recent border crossers to be priority targets for law enforcement to the same degree as people who have committed violent crimes. The same misplaced fears that have recently begun to poison the discussion around vulnerable Syrian refugees have already tainted the treatment of Central American mothers and children.

Our experience with dozens of Central American families shows that detention is unnecessary and causes unacceptable harm. For example, one 18-year-old Guatemalan mother suffered domestic violence and fled to the United States with her 2-year-old son because she could not obtain help at home. They were sent to the 2,400-person Dilley detention center for almost a month, suffering a severe emotional toll.

Like many in detention, the mother and son have close family members living in the United States and were eventually released to family to await their asylum hearings. Even then, the Department of Homeland Security insisted on placing an electronic monitoring device on the mother to track her whereabouts.

Families such as this one present no danger or flight risk because they have strong incentives to attend their hearings in order to obtain asylum protection. Detention serves no purpose and is actually counterproductive.

Although vast resources are directed to enforcement, funding is not available for the immigration courts to adjudicate the resulting backlog of cases brought into the system, leading to inefficient and unjust delays.

One case involving a threatened Honduran journalist who arrived in 2013, for example, is not scheduled for an initial hearing until November 2019. Meanwhile, this asylum seeker is separated from his wife and daughter in Honduras, and his anxiety and fear recently led him to suffer a heart attack.

Our country is better than this.

Asylum-seeking families should be released to reside with relatives while they attend hearings before the immigration courts in their area on a timeline that is neither unduly delayed nor rushed. The families should receive support through intensive non-profit case management services.

They should also be connected to legal representation if they cannot afford it. Research suggests that such services will allow them to effectively present their asylum claims and ensure participation throughout the process.

These are beautiful, sad, scared children. These are mothers who are desperate to protect and care for their babies. This holiday season they are praying for support, not detention. It is a gift that we ought to be giving them.