Our celebration of National Hispanic Heritage Month at Texas Law is drawing to a close, and though we weren’t able to single out every one of the thousands of outstanding lawyers and leaders of Hispanic heritage who got their start at Texas Law and who have made our community stronger, over the past weeks we have honored some of those who are special to our school and country.

We were proud to shine a spotlight on The Chicano/Hispanic Law Students’ Association (CHLSA). Since its establishment in 1976, CHLSA has helped students build life-long personal and professional relationships and meet the multicultural needs of all students. CHLSA is one of the oldest, largest, and most established Latinx law student organizations in the country, striving to promote diversity within the legal profession and taking pride in being the only Latinx affinity group at Texas Law.

Scroll down to meet some of Texas Law’s outstanding alumni, faculty, and staff featured this Hispanic Heritage Month. 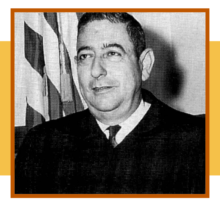 The Honorable Judge Garza was the first Mexican-American person appointed to a federal court when he was appointed United States District Judge of the U.S. District Court for the Southern District of Texas, from 1961 to 1979. He would later become the first Mexican-American, as well as the first Latin American person, appointed to any circuit of the United States Court of Appeals, as Judge for the U.S. Court of Appeals for the Fifth Circuit, from 1979 to 2004.

Garza received the Texas Law Outstanding Alumnus Award in 1994 and the Honorary Order of the Coif in 1968. A book was written about his lifetime achievements, “All Rise: Reynaldo G. Garza, the First Mexican American Federal Judge” by Louise Fisch. He passed away in 2004, in his hometown of Brownsville. 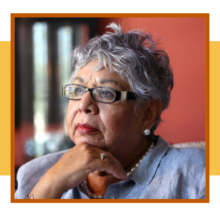 Tagle is the Founding President of the Coastal Bend Women Lawyers and served as Co-Chair of the 1992 State Bar of Texas Annual Meeting. Tagle was appointed by the Supreme Court of Texas to the State Commission on Judicial Conduct and was appointed to the Governor’s Commission for Women by Ann Richards in 1991. She received the 2017 Sarah T. Hughes Women Lawyers of Achievement Award. 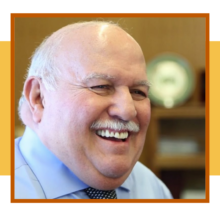 The Honorable Judge Briones serves as a Senior U.S. District Judge for the Western District of Texas, El Paso Division. He is the first Hispanic person and the first native El Pasoan to serve the El Paso community on the federal bench.

Briones served on the Judicial Conference Committee on the Administration of the Magistrate Judges System from 2003 to 2010. He oversaw the construction of the Albert Armendariz, Sr. U.S. Courthouse and received the Distinguished Alumnus Award for Community Service from Texas Law in 2016. 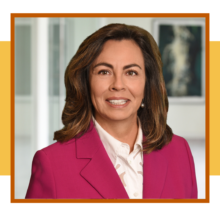 Partner-in-Charge of Jones Day’s Dallas office, Hilda Galvan also serves on the Advisory Board for the Center for Women in Law.

She has been named 2019 Lawyer of the Year: Litigation-Patent by The Best Lawyers in America, and she was recognized in the “Top 15 Business Defense Lawyers” in the Dallas Business Journal. Galvan was named Chair of the Board of the Dallas Regional Chamber in 2017. 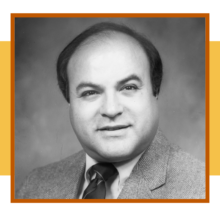 Eduardo Rodriguez ’68, partner at the firm of Atlas, Hall & Rodriguez, has a long and distinguished career as a trial lawyer. He has represented Fortune 100 companies and local and regional clients with distinction and zeal. In addition to being an outstanding trial lawyer, Rodriguez dedicates his time and talent to numerous professional organizations and causes about which he feels strongly.

Roridguez received the Honorary Order of the Coif from Texas Law in 2000 and serves on the Board of Directors for Texas Exes. He formerly served as president of the UT Law Alumni Executive Committee, part of the Chancellor’s Council Executive Committee of the UT System, and as the President of the State Bar of Texas from 2005 to 2006. He is a member of the American College of Trial Lawyers and American Board of Trial Advocates. In 2007, he was recognized with the Good Apple Award by the Texas Appleseed Foundation for his efforts in the areas of social and economic justice. 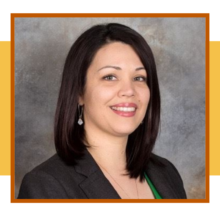 Jasmine Grant deftly handled incredible challenges on her journey as a student and lawyer.

In her senior year of high school, Grant gave birth to her first child. She had her second child while in university at UT San Antonio (where she graduated summa cum laude), and, at the end of her first semester at Texas Law, she brought her third child into the world. The challenges and responsibilities that come with being a single mother of three are enormous in any circumstance. Yet by the time she was a 3L, Grant was serving as president of the Chicano/Hispanic Law Students Association and as the managing editor for the Texas Environmental Law Journal. She is currently an associate at Schulman, Lopez, Hoffer & Adelstein, and practices, among other things, state and local government law, education law and employment law.

In August of this year, Grant shared her story with the ABA Journal to let others know they are capable of much more than society tells them. Follow this link to read the full recounting of her inspiring trajectory. 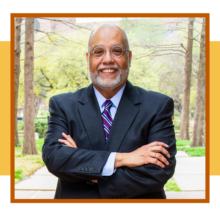 Chris Luna ’87 was working as a bankruptcy lawyer when he was elected to the Dallas City Council in 1991. In the years since his city council service, Luna has used his position as chief counsel for Metro by T-Mobile to advocate for Hispanics in the legal and business communities. Among his many recognitions, Luna was awarded the 2019 Outstanding Corporate Counsel Award for Lifetime Achievement by the Association of Corporate Counsel’’s DFW Chapter and The Texas Lawbook.

Luna worked in several areas since he returned to the private sector, starting his own law firm, serving as the general counsel of a community hospital in Pleasant Grove, and many more. No matter where he worked, Luna’s priority has been to use his positions to advocate for diversity. 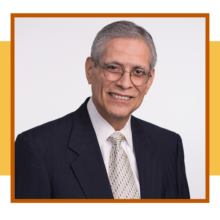 Hector De Leon grew up in East Austin, raised by parents who never graduated high school, and went on to found his own law firm in 1977, now known as De Leon & Washburn PC. He has taught one class each year from 1990 to 2009 as an adjunct professor at Texas Law. He currently also serves as co-chair of The Associated Republicans of Texas. Named a Super Lawyer in administrative law by Texas Monthly six times, and one of “The Best Lawyers in America” in insurance law six times, Mr. De Leon has argued cases before the Texas Supreme Court and nearly all Texas appellate courts.

De Leon served as Board President of the University of Texas Foundation and as a trustee of the Law School Foundation. He formerly served as president of both the UT Law Alumni Association and the Texas Exes. 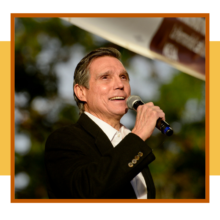 Peña Boulevard, a freeway in Denver and neighboring Aurora connecting Denver International Airport to Interstate 70, is named for him. He received the Honorary Order of the Coif award in 1984. 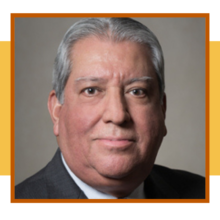 Robert Estrada, an attorney and businessman, is Chairman of the Board of Estrada Hinojosa & Company, Inc., an investment banking firm he founded in 1990. Estrada is a Tom C. Clark Fellow at the School of Law. He was named one of the “100 Most Influential Hispanics in America,” in the Hispanic Business Magazine in 1989 and 2005.

From 2001 to 2008 he was appointed to the Board of Regents of The University of Texas System by Governor Rick Perry. He has served in The White House as a Special Assistant to former President George Bush and was a State Director for the late United States Senator John Tower. He also served in the United States Air Force. 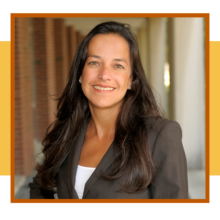 Melissa Wasserman is the Charles Tilford McCormick Professor of Law at Texas Law and her research focuses on the institutional design of innovation policy, with a particular emphasis on patent law and administrative law.

In 2012 she was awarded the University of Illinois College of Law’s Carroll P. Hurd Award for Excellence in Faculty Scholarship, which is given to the most outstanding piece of faculty scholarship published in the previous year. 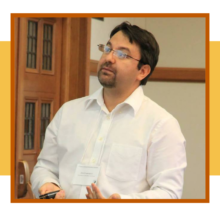 Erik Encarnacion hails from El Paso and is a professor at Texas Law, where his research focuses on on the moral and conceptual foundations of private law, especially contract law, tort law, and more recently, the private law aspects of anti-discrimination law.

He was awarded the Milton B. Conford Prize in Jurisprudence at Columbia Law School and he clerked for the Honorable Ronald Lee Gilman on the U.S. Court of Appeals for the Sixth Circuit in Memphis, Tennessee. 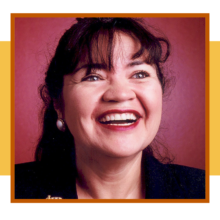 For eight years, she served as the Assistant Secretary of Education for Civil Rights in the Clinton Administration, where she oversaw a staff of approximately 850 in implementing governmental policy for civil rights in American education.

Prior to her service as the nation’s chief civil rights enforcer in the educational arena, Professor Cantú worked for fourteen years as regional counsel and education director of the Mexican-American Legal Defense and Educational Fund. 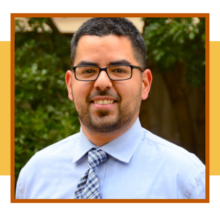 Rick Garza serves as Assistant Director of Student Affairs, Inclusion, and Community Engagement in the School of Law.

During law school, Rick completed a Graduate Assistantship with the Office of the Vice President at Albany Law School, and legal internships with the New York State Department of Education and the Office of University Counsel for the State University of New York.

Prior to attending law school, Rick worked in Academic Advising for two years and completed a Graduate Assistantship in Career Counseling while at Columbia. 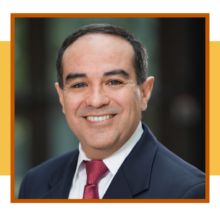 David Montoya is the Assistant Dean for Career Services at The University of Texas School of Law.

A native of Santa Fe, New Mexico, he earned a B.A. in business administration from the University of Notre Dame in 1985, where he was designated a Notre Dame Scholar.

Before attending law school, he was a CPA and worked for Arthur Andersen, LLP, a former international CPA firm, and Burlington Resources, a former Fortune 500 Company in the Oil & Gas industry. 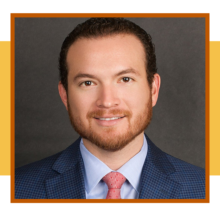 Rep. Longoria is a member of the Texas House of Representatives for District 35, and is currently serving his fourth term. He is the Chairman of the House Appropriations Committee.

Among his many recognitions and accolades, in 2017, Rep. Longoria was the recipient of the 2017 Outstanding Young Texas Ex Award, and in 2018, was awarded the Outstanding Young Alumnus Award by The School of Law. 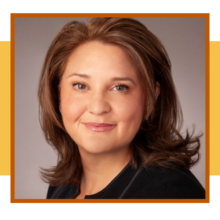 Yolanda Cornejo Garcia is a Commercial Litigation and Disputes Securities and Shareholder Litigation Partner at Sidley Austin. Texas Super Lawyers recognized her as a “Super Lawyer” in 2013 and as a “Texas Rising Star” every year from 2006-2012. In 2009, the Dallas Business Journal honored Yolanda, naming her to their “40 under 40” list.