A report researched and written by faculty and students in the Law School’s Human Rights Clinic details the struggles of Costa Rica’s indigenous Teribe tribe in the face of a proposed dam on the Terraba River, which threatens to flood their lands.

Clinical Professor Rob Owen, director of the the University of Texas School of Law’s Capital Punishment Clinic, will argue before the the Supreme Court of the United States today, Oct. 13, 2010.

Capital Punishment Clinic heads back to U.S. Supreme Court for the fourth time in four years

The Supreme Court of the United States agreed on Monday, May 24, 2010, to resolve an important dispute among the lower federal courts over the reach of a federal civil rights statute in a DNA evidence case brought by Texas death row prisoner Hank Skinner. This marks the fourth time in as many years that the Supreme Court has granted plenary review in a case in which the Capital Punishment Clinic of the University of Texas School of Law is serving as counsel to a condemned prisoner. 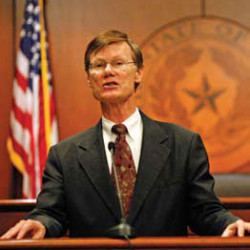 The Capital Punishment Clinic enters its third decade of providing representation to indigent men and women facing the death penalty in Texas. 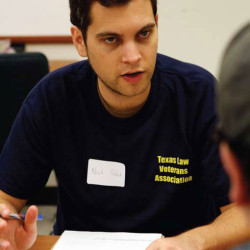 Help on the Homefront 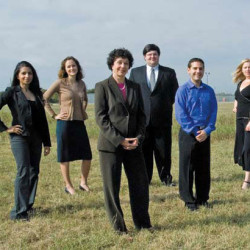 The Immigration Clinic’s work proved instrumental in the decision to end imprisonment of immigrant families at an Austin-area detention center.