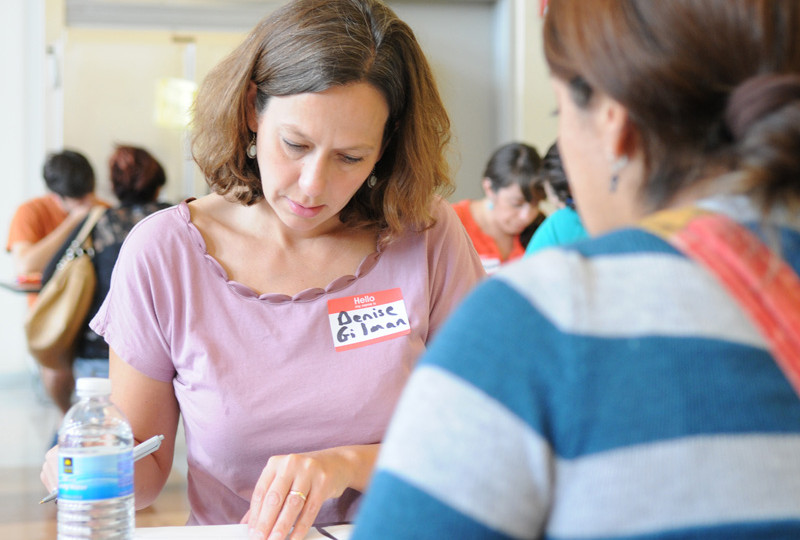 Imagine that you’re a high school senior who’s got a stack of college applications that you’re excited to fill out, when your parents pull you aside for an important conversation—one in which they reveal that, despite having lived your whole life in the United States, you were actually born in Mexico, and your immigration status is undocumented. Maybe you were two years old and asleep in the back seat of a car when you were driven across the border by family friends who were citizens of the United States. You might have no recollection of any home other than your Texas home. Perhaps your parents made the decision not to tell you about your immigration status so you wouldn’t grow up in fear. But until President Obama announced the Deferred Action for Childhood Arrivals (DACA) program last summer, the future you’d worked hard for would have been in jeopardy.

The DACA program allows people who came to the United States as children, and who also meet several key criteria, to request deferred action on their immigration status for a period of two years, subject to renewal. They would then be eligible for work authorization.

For Barbara Hines, codirector of the Law School’s Immigration Clinic, the executive announcement— which came after years of trying to pass a legislative bill called the DREAM Act, which would have provided permanent residence status for young people who immigrated to the United States as children (“DREAMers”)— led very quickly to action.

“The announcement by President Obama came in June, and some of us started talking about how we were going to provide legal services,” Hines explained. “I received an email from Tina Fernandez, who heads the UT Law Pro Bono program—which is run out of the William Wayne Justice Center for Public Interest Law—and we started meeting DREAM activists from the University and lawyers from the community who were interested in these issues.”

Less than three months after President Obama’s announcement, the Law School’s Pro Bono Program began a successful partnership with the Immigration Clinic, and held its first weekend clinic for Austin high school-aged DREAMers, to help them prepare their DACA applications. The support the project received, from a variety of sources, was unprecedented. “Our clinic has been involved in legal representation of DREAMers for many years, but DACA provides an unprecedented op-portunity to change to lives of many deserving students,” said Hines.

Fernandez has been involved in numerous projects similar in nature, but said she has never seen one with the sort of broad support that the DACA clinics have received. “We have people from a number of different sectors. We have community members; we have alumni who are attorneys volunteering; we have university students who are part of the University Leadership Initiative [the University of Texas’s DREAM Act organization]; we have law students and faculty volunteering; and then we have a group of translators who have translated hundreds of birth certificates, who have been coming to the clinics and doing nothing but translating the entire time,” Fernandez said. “We’ve actually had to turn volunteers away, because the response has been so overwhelming. It’s been really inspiring.”

The clinics take place at various locations throughout Austin, including Pickle Elementary and the Worker’s Defense Project (“Whoever will give us a big enough space,” according to Hines), and require a sizable staff. “We have close to eighty volunteers who come [to each clinic] and we generally schedule about seventy- five applicants,” she said. Since the clinic serves minors, the applicants attend with their parents, making for a large-scale operation. “A lot of people come an hour early, and they’re waiting for us,” Hines said. Clients who wish to attend the clinic schedule their appointments in advance, and students from the Immigration Clinic screen them over the telephone to make sure they qualify. The Clinic has established a green, yellow, or red flag system to determine the status of each potential client; red-flagged clients don’t qualify, while yellow flags need to be reviewed by an attorney.

If all of that sounds like a big and complicated process, it is—which is why Hines and Fernandez have worked hard to make sure that other organizations who want to replicate their model won’t have to reinvent the wheel when it comes to figuring out how to do it properly.

“All of the training materials, and the model that we’ve developed, are actually being used by groups across the country,” Fernandez said. “That’s been really exciting, to know that people are replicating our model.” In January, Fernandez plans to partner with organizations in the Rio Grande Valley as well, to hold clinics in the border region.

While the model required to properly serve the young people who attend the clinics is complicated, the reason for the enthusiasm around the community for the work that it does is simple: fundamentally, it just makes sense.

“You have really talented people who are not going to be able to exercise their talents,” Fer-nandez explained. “One DREAMer is a registered nurse. We know that there’s a shortage of nurses. She’s done extremely well in school, but she can’t work because she’s not documented. When she is able to provide that service, and employers are able to receive that benefit, we’re hoping that’s going to make a difference in people’s perception about why it’s important to provide legal status to these young people.”

For all of the enthusiasm that the project has received throughout the larger community, Immigration Clinic Codirector Denise Gilman, who’s been supporting Hines and Fernandez since they conceived the clinics, finds that meeting the DREAMers and hearing their stories firsthand has been the most inspiring part of the process.

“It’s the college kids who are brilliant, who were first in their class in high school, who are getting engineering degrees at UT who have so much to offer, and who are finally going to be able to do this,” Gilman said. “They bring their packets to you and they know more about what it should look like than you do. They want your stamp of approval, but they’re obviously such organized, wonderful people. It’s the high school kids who are finally able to come out of the shadows, and this the first time they’ve ever been able to actually talk to anyone about their immigration status. It’s the families, when there’s a high school kid who’s had some trouble, and that’s why I’m talking to them, because they’ve had a juvenile problem, or a truancy problem, and their parents are sitting by them, supporting them, and trying to sort it out with them. You hear so many stories of parents who just get frustrated with their kids when they’re in trouble, and these just seem like families who are in it together to make it all work. There are misperceptions out there about who these kids are, but I don’t think anybody could doubt that society is better off with these kids in it.”—Dan Solomon