Jordan Steiker, Judge Robert M. Parker Chair in Law and codirector of the Law School’s Capital Punishment Center, has written an analysis of the Supreme Court’s opinion in McQuiggin v. Perkins, which was published May 28, 2013.

On March 22–23, 2013, the Capital Punishment Center at the University of Texas School of Law will sponsor a symposium on “Mass Incarceration and the Death Penalty.” Presentations will explore the possible connections between two current and much-discussed criminal justice phenomena: the United States’s disproportionately high rate of incarceration and its status as the only Western democracy that retains the death penalty.

Sister Helen Prejean to speak about the death penalty in the United States, October 11, 2012

Sister Helen Prejean, a member of the Congregation of Joseph and author of the book, Dead Man Walking: An Eyewitness Account of the Death Penalty in the United States, will discuss the death penalty on October 11, 2012, at 2:00 p.m. in the Law School’s Eidman Courtroom. The event is free and open to the public. 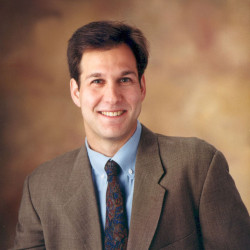