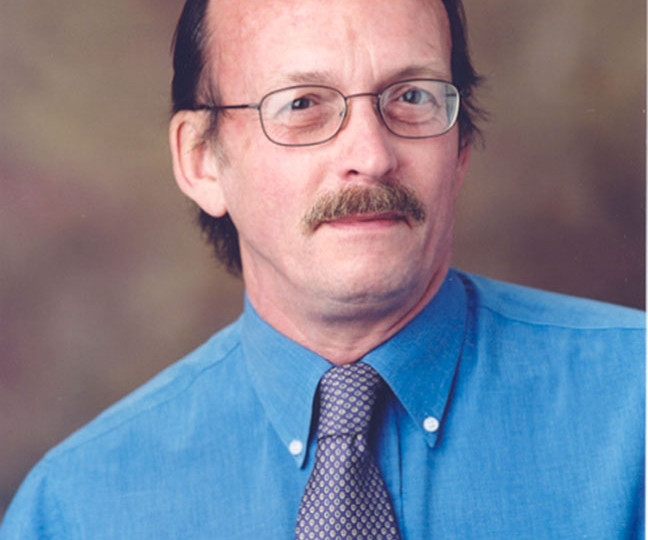 The award, the first given in Austin, is part of the 150th anniversary of the Wisconsin Alumni Association and honors graduates who have distinguished themselves through contributions to their communities as business leaders, through community or volunteer activity, or service to their profession.

“Our local alumni board felt as though Professor Dix was the obvious choice, given how he seemed to meet the criteria perfectly,” said Patrick Davis, president of the Austin alumni chapter. “The board valued his tenure at UT, and all his pro bono work for the State Bar of Texas over the years. All in all, it was easy to see his dedication to education and the improvement of the law profession.”

The impact of Dix’s scholarship on the practice of law, especially in Texas, has been significant. In particular, his work on Texas criminal procedure and criminal law has made a lasting impression on both the Texas legal system and the teaching of criminal law.

Most recently, he cowrote Texas Practice: Criminal Practice and Procedure with John M. Schmolesky, a fellow University of Wisconsin grad. First published in 1995, the six volume treatise is now in its third edition. This highly regarded legal reference addresses in great detail the workings of Texas criminal law, and provides guidance and insights used by both judges and attorneys in the performance of their duties.

“It attempts to deal with what has traditionally been an idiosyncratic system in Texas,” Dix said. “Some of the differences have decreased, but it’s still unique and different in some ways.”

Dix’s Criminal Law: Cases and Materials, cowritten with M. Michael Sharlot, sets the standard for case books and is a common sight at law schools across the country. Now in its sixth edition, Dix keeps the legal discussion lively and relevant by including new, and occasionally provocative, cases with each new revision.

He is also not afraid to stake out controversial positions in his work. In 2006, he published “Subjective ‘Intent’ as a Component of Fourth Amendment Reasonableness” in the Mississippi Law Journal. As one of the foremost experts in search and seizure law, he argued that most U.S. courts are wrong in believing that standards should be purely objective—a position that, he admitted, received a rather chilly reception from much of the legal community.

“With regard to my research, I have dual objectives,” Dix said. “First is to assist the courts and legislatures in adequately analyzing problems. Second is to push innovative ideas that are perhaps more out of the box than will pop up in ordinary discussions. Academics can do that, whereas legislatures most often don’t have occasion to.”

Over his long career, Dix has seen the teaching and practice of law evolve to incorporate new ideas and new technology.

“Our interests have become more complicated and interdisciplinary, and we often look to other fields for input to help resolve legal issues,” he said. “The age of the Internet has meant there is more material, and it’s available more quickly, which certainly complicates the process of research and analysis. On the other hand, computers make it more accessible—so it all balances out in some respects.”

For Dix, the Badger of the Year award is a pleasant reminder of the place where he earned both his undergraduate and law degrees.

“It’s an honor to be recognized by my Alma mater, and it brings back many fond memories of an exciting and fun time in my life,” Dix said, adding, “I don’t miss the snow, though.”