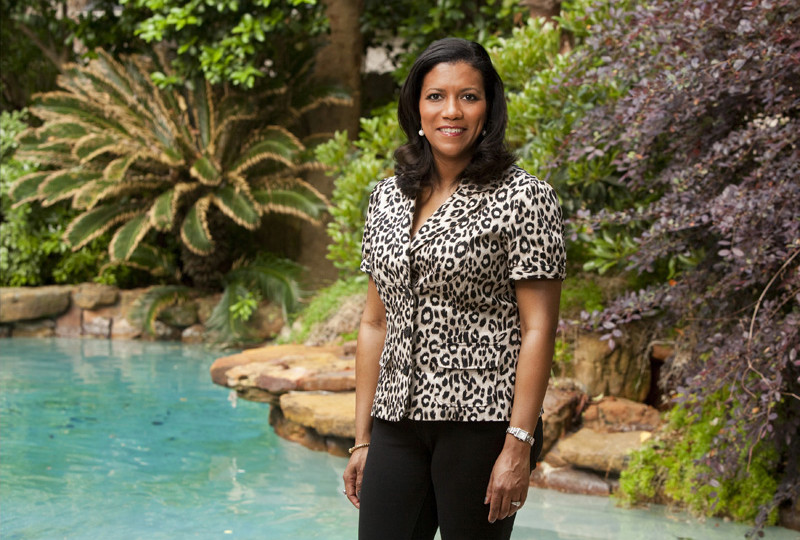 Ever since Cisselon Nichols Hurd, ’91, was a child, she’s had a penchant for debate.  As a child, her mother would often hush her complaints by saying, “Oh, don’t make a federal case out of it.” When, in 1995, Hurd was sworn in as an assistant United States attorney for the Eastern District of Texas, prosecuting environmental crimes, her mother was on hand for the ceremony.  “Well, you’ve paid your dues,” Hurd recalled her mother saying. “Now you can make a federal case out of it!”

In May 2009, Hurd went even further, helping to shape interpretation of federal law at the highest level. As senior litigation counsel for Shell Oil, Hurd directed Shell’s legal strategy on the U.S. Supreme Court case Burlington Northern & Santa Fe Railway Co. v. United States, helping lead her team to an 8-1 decision in Shell’s favor. The case involved liability under the Comprehensive Environmental Response, Compensation, and Liability Act (CERCLA). The government had attempted to hold Shell liable for the cleanup of a Superfund site owned and operated by a former Shell customer that had since gone bankrupt.  Hurd and her team argued that, for several reasons, Shell was not liable. Two of their key arguments were:  first, that Shell, as the seller of a “useful product,” could not be held liable under CERCLA because it had not disposed of waste; and second, that Congress had “expressly rejected mandatory joint and several liability” in enacting CERCLA.  Fortunately, these arguments carried the day before the Supreme Court and the ruling has had a significant impact on the industry.

Hurd worked closely on the case with Kathleen Sullivan, an accomplished Supreme Court practitioner and perennial short-lister for nomination to the Court. “I’m coming up on my twentieth Law School anniversary in a few weeks,” Hurd said in April 2011, “and it’s true that you’re never too old to learn. I’d done some appellate work as an assistant U.S. attorney, but I was not an appellate lawyer. I am, however, an environmental lawyer, so I could appreciate the magnitude of the case. Shell invested, they stayed the course, and we ended up with the 8-1 favorable ruling. It’s definitely on my list of all-time most exciting life experiences so far.”

Hurd has come a long way from Carver-Jones Elementary in Baytown where, at fourth-grade career day, she first learned details about the legal profession. “I thought, ‘Wow, you get to argue and help people,’” Hurd said. “I don’t think I knew the word ‘advocate’ in fourth grade, but that was very appealing to me.” That night, she went home to ask her mother, an educator, if it was all right if she grew up to be a lawyer instead of a teacher.  To Hurd’s surprise, her mother thought it was a great idea.

After visiting the University of Texas for a home football game during high school, Hurd applied to UT as an undergraduate, and from there went on directly to the Law School. She has fond memories of her course work, especially an immigration law seminar she took with Professor Michael J. Churgin. After graduation, she took a clerkship with Harry W. McKee, a U.S. magistrate judge in the Eastern District of Texas, a move she describes as one of the best decisions of her career.  “In that role, I got to see all aspects of the justice system, criminal as well as civil, very early in my career,” Hurd said.

McKee also encouraged her to move onward and upward. Hurd’s next move was to Washington, D.C., where she worked for the U.S. Department of Justice in the Attorney General’s Honors Program as a trial attorney in the Environment and Natural Resources Division. Hurd recalls coming to Washington as a young woman, just as the executive branch was transitioning from the George H.W. Bush administration to the Clinton administration. “For a government student like me, it was really exciting,” Hurd said. “It really struck me that we have such an orderly transition of power in this country.”

Hurd did civil work at the Department of Justice, representing the Environmental Protection Agency in the Southeastern and Western States for three years before the U.S. Attorneys’ office of the Eastern District of Texas lured her home. “It was a dilemma for me because I had finally really settled into D.C.,” Hurd said. “For a young lawyer, it was really exciting to be managing the docket that I had, but I do love my home state of Texas.”

More than just a homecoming, the job with the U.S. Attorneys’ office provided another stepping stone of responsibility, especially in the courtroom. Hurd prosecuted environmental and other white-collar crimes across East Texas. “It was the perfect job for me,” Hurd said. “I had always wanted to be a trial lawyer, so I immediately raised my hand to do anything that would give me time in the courtroom.”

At this point, Hurd’s career hit a speed bump familiar to many women in law. She married a lawyer, the then U.S. attorney for the U.S. Virgin Islands, James A. Hurd, and she sought a way for them to live in the same place and start a family without having to give up her own career as an assistant U.S. attorney.  However, the higher-ups at the Justice Department at the time didn’t agree with any of Hurd’s proposed arrangements that would have avoided any conflicts of interest, and, as a result, she had to leave her position. “It falls under the heading of the things you do for love,” Hurd said.

This experience galvanized Hurd to get more involved with women’s issues in the legal profession. Recently, she became one of the founders of the UT Center for Women in Law. The center is dedicated to removing roadblocks to women’s advancement in the law and aims to see greater representation of women in positions of power and prestige. “Even though I landed on my feet and have had an incredible career since then, I was stunned that I had to give up my position because of whom I married,” Hurd says.

From there, Hurd moved to Shell, where she has been for the past eight years. “I have not once been bored,” she said. “The position requires lots of travel and very long hours, which is not what I initially expected based on the lore of ‘cushy in-house positions’ discussed during law school.”

In addition to her ongoing responsibility for environmental litigation, Hurd chairs the Diversity & Inclusiveness team for Shell Legal US, which received the 2010 Employer of Choice Award by the Minority Corporate Counsel Association.  And continuing the company’s support for D&I, Shell CEO Peter Voser recently announced a renewed commitment to the company’s longstanding Diversity & Inclusive values, which earned Shell the 2011 Corporation of the Year award by the National Bar Association’s Corporate Counsel Section.

Even as she puts her litigation skills to service in the highest courts of the land, Hurd is working hard at home, too, making the case for women and minorities in the legal profession and demonstrating that working women can have both a family and a solid career. —Mike Agresta